Who is the highest paid WWE wrestler in 2023? We look at the wrestlers who earned the most from the company... 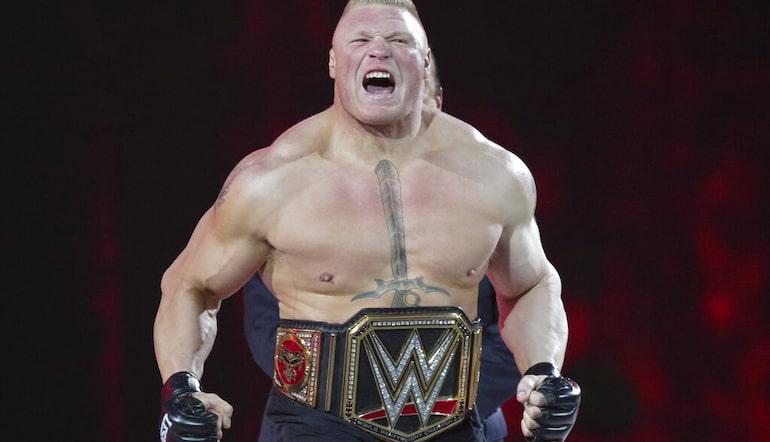 Wrestling is watched by millions of people around the world, with fans tuning in to follow the biggest WWE stories and journeys each week.

While the likes of UFC and other mixed martial arts sports have risen to prominence in more recent times, wrestling has been around for many years.

With sports betting odds available on the biggest wrestling events, such as Royal Rumble and Wrestlemania, there is plenty of pressure on professional wrestlers to perform.

Gripping newbies and experts alike, the WWE is particularly exciting in the build-up to major pay-per-view events – and this is where the top icons really earn their money.

In fact, proficient wrestlers earn lucrative salaries from the company. There is no shortage of financial power when we’re talking about World Wrestling Entertainment…

The biggest US sportsbooks help to build hype ahead of upcoming shows and the elite names in the business are able to earn a pretty penny from WWE events.

Here, we look at the 10 highest paid WWE wrestlers in 2021. These figures show just how profitable a career in wrestling can be!

With an annual salary of around $2.5 million, Dolph Ziggler sneaks onto this list of the best-paid WWE wrestlers in 2021.

Ziggler arrived in the WWE in 2004 and has won several belts during his professional career, including the World Heavyweight title and WWE United States Championship.

In addition to his WWE commitments, Ziggler is also a stand-up comedian and he headlined his first tour back in 2019.

A wrestling legend, The Undertaker has been around since the pre-WWE days. With a yearly salary of $3 million, the fan favourite has a spot on wrestling’s highest earners list. 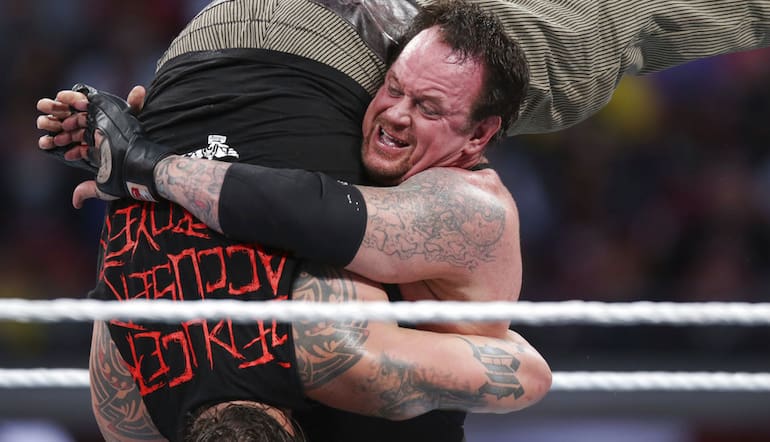 One of the most marketable figures in WWE history, ‘Taker has a long list of accolades that includes three World Heavyweight Championships.

While Undertaker announced his retirement in 2020, he remains under contract with the WWE. Could he make an emotional return to the ring?

Bobby Lashley burst onto the scene in 2005 but has been in and out of WWE storylines for the bulk of his professional wrestling career.

Juggling his mixed martial arts career, Lashley is earning a hefty $4.5 million from WWE in 2021 – making him the eighth highest paid wrestler in the company.

He has been heavily involved in major WWE events this year and is a former WWE United States Championship holder and two-time WWE Intercontinental champion.

2021 has been a big year for Drew McIntyre, with the Scottish wrestler clashing with Bobby Lashley and Sheamus throughout the summer months.

McIntyre defeated Brock Lesnar at WrestleMania 36 to become WWE champion and that storyline has led to a busy schedule for the 2020 Royal Rumble winner.

McIntyre’s $6 million WWE salary is modest compared to the highest paid UFC fighter but that figure still puts him seventh on this list.

The youngest WWE Championship belt holder in history, Randy Orton is one of the most recognisable figures in the world of wrestling. 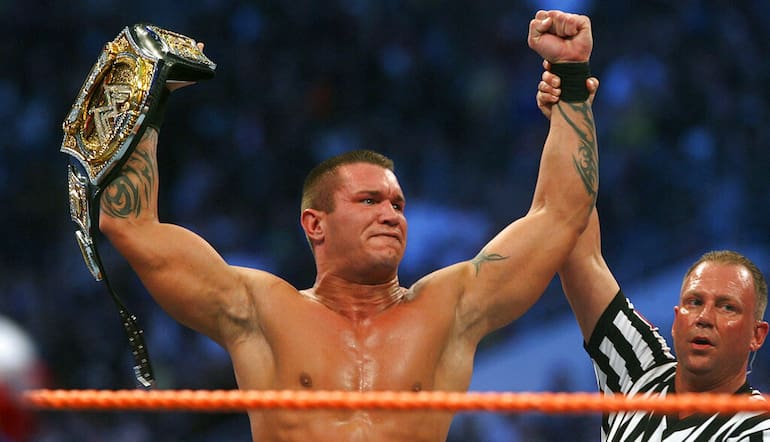 Orton has climbed the ranks during his stint as a professional wrestler and now pockets a hefty $7 million per year from the company.

He made his debut back in 2000 but is still a prominent figure in wrestling, particularly when it comes to attracting crowds to international WWE shows.

Seth Rollins has come a long way since making his professional wrestling debut in 2005 and he is now a pivotal figure in the industry.

A member of Team Shield and widely regarded as one of the most skilful athletes in WWE today, Rollins is fifth on the list with an annual wage of $7.5 million.

Drafted to Raw in 2021, Rollins has been involved in his fair share of controversy – none more so than when a fan attacked him in November 2021.

Standing at six feet eight inches tall, Braun Strowman is a monster of a man and ‘The Titan’ also earns a massive payday, with his WWE contract earning $8.5 million per year.

Strowman is a major figure in WWE and he has gone from strength to strength since making his professional debut in 2014.

Prior to his involvement in wrestling, Strowman had competed in various strongman events across the United States – winning the Arnold Amateur Strongman Championship in 2012.

Whether you watch WWE religiously or once a year, chances are you’ll know who Roman Reigns is. Without a doubt, he is the biggest personality in wrestling right now.

Pocketing $10 million per year, Reigns has enjoyed plenty of success in the ring – winning the WWE World Championship on four occasions, as well as the 2015 Royal Rumble.

Previously, Reigns was a proficient football player and signed with the Minnesota Vikings in 2007 but was released after he was diagnosed with leukaemia.

John Cena is a future WWE Hall of Famer and he has been central to the success of the organisation since starting his wrestling career in 1999. 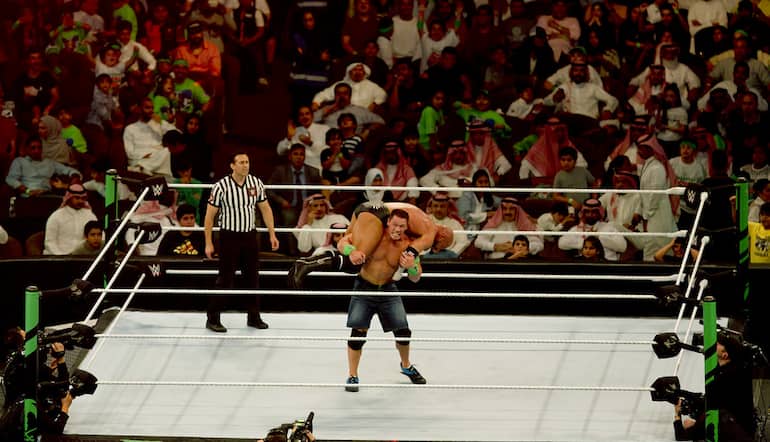 He has won the WWE Championship an incredible 13 times, the World Heavyweight title on three occasions and the WWE United States Championship five times.

Given his stature and marketability in the wrestling universe, it will come as no surprise to hear that his WWE contract is worth an impressive $13 million per year.

Popular in UFC betting odds at one stage in his career, Brock Lesnar has been there and done it all. He is a huge draw in terms of WWE ticket sales and promoting events.

For that reason Lesnar is the highest paid WWE fighter on the planet. According to online sources, Brock Lesnar has a yearly wage of $15 million.

To this day, Lesnar is the only man ever to hold world heavyweight championship belts in UFC, WWE and the NCAA.