Who is the highest paid UFC fighter to grace the Octagon? We look at MMA contracts, PPV earnings & the average UFC wage here... 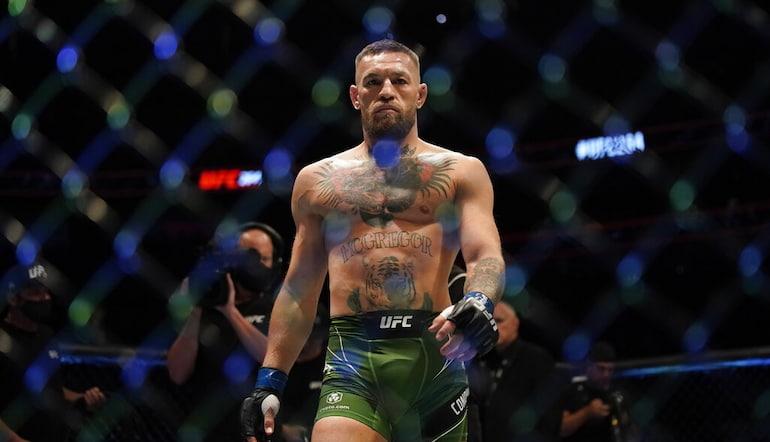 The amount of money involved in mixed martial arts is staggering. UFC is now one of the most popular sports on the planet, with millions of fans tuning in for the top fights.

Plenty of MMA enthusiasts enjoy betting on the UFC and, like boxing, the social aspect of the sport is a huge draw for passionate aficionados and casual fight fans.

The best UFC fighters can make huge sums of money, with the likes of Conor McGregor and Khabib Nurmagomedov commanding lucrative contracts for pay-per-view bouts.

In fact, the average UFC fighter made around $150,000 in 2020. That is a staggering figure given the national average wage was $56,000 – there is certainly money to be made in mixed martial arts.

The third instalment of the McGregor vs Poirier series attracted a huge number of PPV buy-ins in July 2021, with an estimated $3 million purchase agreed for ‘Notorious’.

Nearly 40% of UFC fighters earned a six figure salary last year, with Khabib adding around $6.1 million to his wealth – and that’s before you include PPV bonuses!

How Much Do UFC Fighters Earn?

First and foremost, it is important to note that every fighter signs a contract with the UFC and each competitor is paid a fixed amount each time they enter the Octagon.

As a general estimate, there are three categories of UFC pay-out depending on the size of the fight. Here are how UFC purse earnings are often agreed:

If you’re into online betting, chances are you’ll have had a general idea of the lucrative UFC contracts for the biggest fights but some of these figures will blow you away.

To feature on the highest paid UFC fighter list, you almost certainly need to headline PPV cards throughout your career – as you’ll see from the standings below:

With UFC hitting new heights in recent times, it is hardly a huge shock to see the increased investment in the sport and the annual UFC salary is rising at a rapid rate of knots.

Here, we look at the highest paid UFC fighters and MMA career earnings for some of the top fighters in the sport. So what are you waiting for? Scroll down to find out more…

Junior dos Santos was once a behemoth of the heavyweight division, earning a six figure pay in six of his 21 Ultimate Fighting Championship appearances.

Once ranked as the 10th best fighter in the world, ‘Cigano’ earned around $830,000 after his Heavyweight Championship defeat to Stipe Miocic at UFC 211. 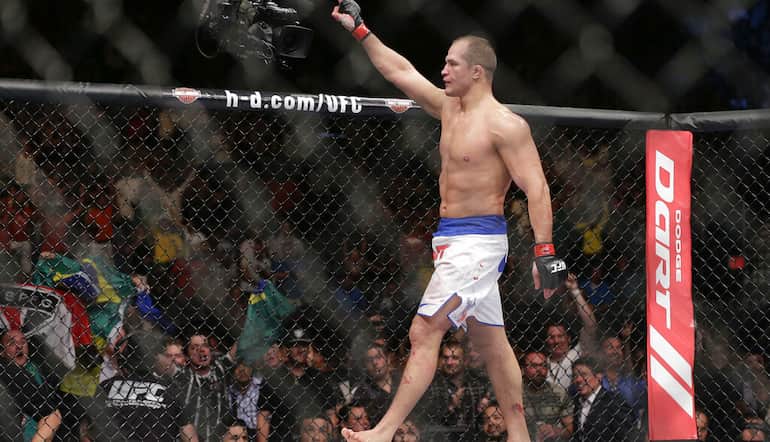 Dos Santos was released from the UFC in March 2021 but the Brazilian veteran has earned a pretty penny since making his debut in 2008.

Now trying his hand as a professional wrestler, Dos Santos appears on All Elite Wrestling and UFC fans can watch him alongside the likes of Chris Jericho and Scorpio Sky.

Cerrone was an elite fighter during his heyday but the ‘Cowboy’ landed his biggest payday when he faced Conor McGregor at UFC 246.

Approaching his 37th birthday, Cerrone was always going to be up against it but he slumped to a first round knockout. However, he still earned over $200,000 for that fight.

Having fought over 50 times, it is hardly surprising to see Cerrone climb into the top 10 UFC career earners of all-time.

His lucrative UFC contract has been boosted by his status as the winner of the most Fight of the Night bonuses in UFC history – further enhancing his wealth.

Hunt’s status as an elite UFC fighter went up after his UFC 200 bout with Brock Lesner, with the controversy surrounding the fight attracting plenty of attention.

After the bout, Lesner tested positive for a banned substance and this worked in Hunt’s favour as he went on to earn six figure pay days in each of his next five fights.

Incredibly, Hunt won just one of those bouts – beating Derrick Lewis in what turned out to be the biggest payday of his career.

Hunt was awarded $810,000 following that bout, which included a Reebok endorsement deal and the coveted UFC Fight of the Night bonus.

Officials taking charge of a Jon Jones fight were made to work for their UFC referee salary, with the former pound-for-pound champion headlining 15 pay-per-view events.

Many of his fights were title bouts or title defences, contributing staggering sums of money to his financial portfolio. 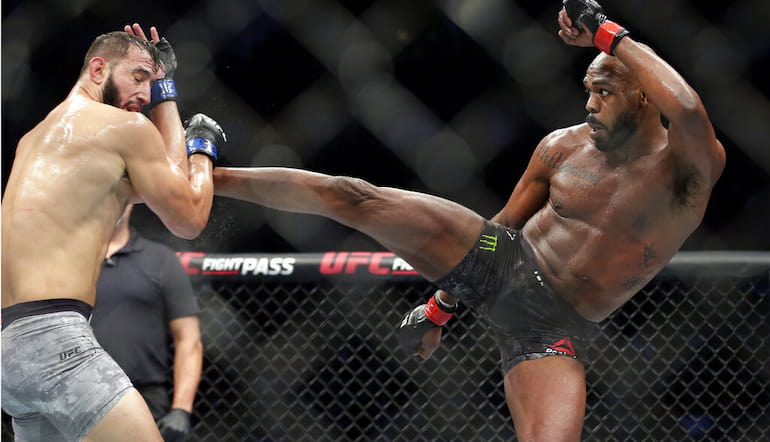 According to online sources, Jones’ highest UFC contract was for his UFC 214 fight against Daniel Cormier.

Not only did ‘Bones’ prevail on the night but he also pocketed $580,000 for coming out on top. While the result was later overturned, Jones still made a hefty profit from the bout.

Widely regarded as one of the best UFC fighters of all-time, Georges St-Pierre endured a slow start to his MMA career but eventually blossomed into an elite athlete.

In fact, he drew a seven-figure payday for his 2017 return to the Octagon against Michael Bisping – and he defeated ‘The Count’ after four years away from the sport.

That victory meant that St-Pierre became only the fourth fighter in UFC history to become a multi-division champion and his career earnings soared following the bout.

While he never fought again after that comeback success, GSP made $2,580,000 from the Bisping fight and that massive payday ensures his spot on this list.

St-Pierre’s biggest payday was also Michael Bisping’s most lucrative UFC fight as well, with ‘The Count’ pocketing a cool $540,000 for his role in the event.

Bisping lost the fight by technical submission but made a hefty figure for appearing in that UFC 217 bout.

Since announcing his retirement from the Octagon, Bisping has taken on a role as one of the UFC commentators and he is now a leading figure in the studio.

Serving as an announcer and color analyst for the company, ‘The Count’ is a huge hit with UFC fans around the world – and his style of commentary is refreshing to say the least.

Despite losing five of his last six fights, Anderson Silva ranks as the fourth best paid fighter in UFC history. However, that is hardly surprising given his resume.

Regarded as the greatest middleweight fighter of all-time, Silva went from earning $66,000 on his UFC debut to a six-figure payday three fights later. 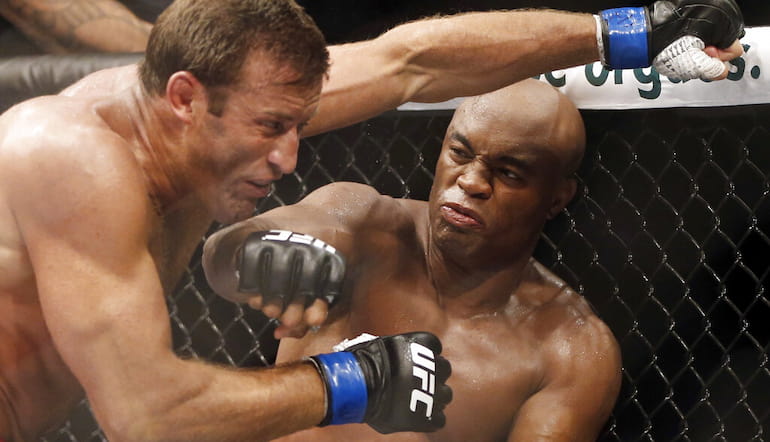 Such was his popularity in the MMA community, Silva was able to command lucrative sums of money for fights – with the $820,000 fight against Derek Brunson at UFC 208 ranking as his top payday.

The UFC released Silva from his contract in November 2020 and the Brazilian has since gone on to embark upon a professional boxing career.

Whether you’re new to UFC or an Octagon expert, chances are you’ll have heard of Khabib Nurmagomedov. Without a doubt, he is one of the sport’s biggest icons.

The majority of his UFC earnings has come from fights against Conor McGregor and Dustin Poirier, with ‘The Eagle’ reportedly earning over $8.5 million from those encounters.

However, reports claim that his biggest payday came at UFC 254. The Russian MMA legend walked away from that bout $5 million richer – an insane sum of money.

Khabib announced his retirement in March 2021 but the door is open for the 33-year-old to make a dramatic return and boost his UFC earnings in the future.

Alistair Overeem made an instant impact on the UFC landscape when knocking out Brock Lesnar on his debut. From there, the only way was up…

Having competed on 20 major UFC cards throughout his career, Overeem has topped the $800,000 mark in most of his more recent bouts.

While he lost his final bout against Alexander Volkov, Overeem made over $500,000 in that fight and he was able to leave with his head held high.

Overeem was involved in his fair share of controversy during his time in the sport but he has walked away as the second biggest earner in UFC history.

A popular pick in UFC betting tips, Conor McGregor is the highest-paid UFC fighter of all-time. To this day, he is the only fighter to draw seven-figure purses in his last five fights.

Despite fighting just four times since 2016, McGregor holds top spot on the UFC rich list by a convincing margin – with estimated total earnings of $50 million from the Khabib bout. 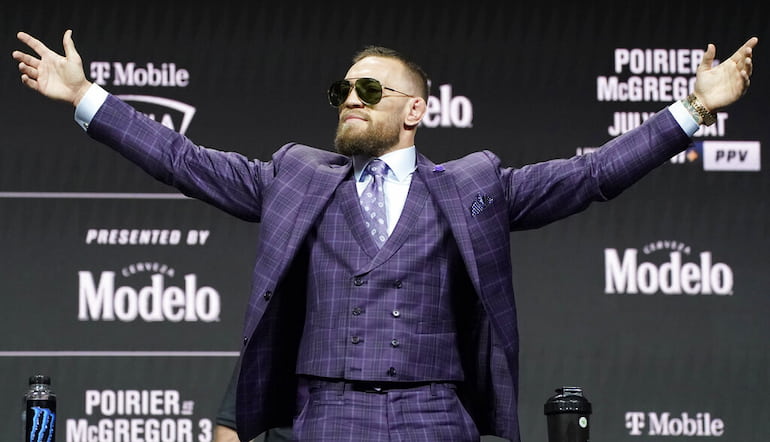 ‘Notorious’ is the biggest draw in the sport and UFC know that McGregor is worth paying for. He is, in many ways, the Lionel Messi of the Ultimate Fighting Championship.

The Irishman’s disclosed sum for his boxing match with Floyd Mayweather Jr was $30 million but the likelihood is that the figure was more in the region of $130 million.