What is the highest T20 score of all-time? Our cricket expert looks at the 10 biggest scores in the shortest form of cricket... 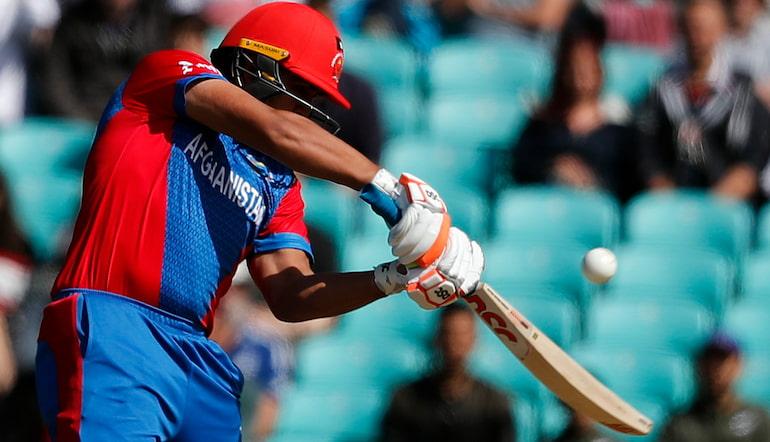 The shortest format of the sport is the hardest to nail in cricket betting tips. One over can swing a match on its head in T20, which is part of the appeal of Test cricket’s brash younger brother.

That doesn’t stop millions surveying the T20 cricket odds throughout the year.

It’s a format where strategy has developed at a remarkable rate, and which has enabled players to ascend from unknown status to become some of the sport’s most famous faces.

The highest T20 scores of all-time are varied in competition and importance.

Some were overseen by the top cricket commentators, others were in front of a minimal crowd, and only reached worldwide prominence once the score broke records. Here are the 10 biggest innings in T20 history.

Completely overmatched from start to finish, Sikkim were put to the sword by T20 phenom Shreyas Iyer as he clobbered 147 off just 55 balls.

Chasing a mammoth total, Sikkim headed for one of the biggest T20 defeats of all-time. They replied with just 104-7.

Many of India’s big T20 innings follow a familiar pattern. Rohit Sharma and KL Rahul have played a pivotal part more often than not, and that was the case here.

They put on 165 for the first wicket in less than 13 overs. Rohit was at his devastating best, hitting 10 sixes as he reached 118 off just 43 balls.

Kusal Perera put up a fight in the chase, but Sri Lanka didn’t get close.

This was all about Adam Lyth. Tom Kohler-Cadmore and David Willey combined for 81 off 46, but Lyth was the destructive force for the Northants bowlers.

The former England international scored 161 off 73 balls. He was only dismissed with two balls left in the innings.

This was the world record for almost six years. Set in the 2007 World Cup, a star-studded Sri Lanka line-up hammered the Kenyan attack all around The Wanderers.

Sanath Jayasuriya and Mahela Jayawardene were the stand outs. The opener notched 88 off 44 before Jayawardene stepped up with 65 off 27 deliveries.

It takes multiple contributions to reach such a mammoth score. North West got just that when they faced Limpopo in the 2018 Africa T20.

Wihan Lubbe needed just 36 balls for his 102, and his effort was ably supported by Nicky van der Bergh scoring 74 off 38.

Sending Glenn Maxwell out to open is risky business. If it backfires, it can leave the middle order looking light.

At Pallekele in 2016, it worked out for the Aussies. Maxwell recorded one of the highest individual T20 scores of all-time with 145 off 65 balls.

No other batsman passed 50, though David Warner, Usman Khawaja and Travis Head all scored at a healthy rate.

Although often disappointing throughout the competition as a whole, Royal Challengers Bangalore are the owners of the highest IPL score.

The top four of Chris Gayle, Tillakaratne Dilshan, Virat Kohli and AB de Villiers didn’t bring much team success. On paper, though, it’s one of the best T20 batting line-ups of all-time.

It was a one-man show when they smashed the Pune Warriors for 263, however, with Gayle breaking numerous records in his 175.

De Villiers was the only other of his fellow stars to stand out – the South African put the cherry on top with 31 off 8 at the death.

Lendl Simmons teed off. Colin Munro then took centre stage for the T&T Riders, finishing not out with 96 off 50 balls.

Munro’s striking was supplemented by some trademark heavy-hitting from Kieron Pollard, who reached 45 off just 17 balls.

The Tallawahs put up a good fight in reply. They got into the 220s, but obviously still fell way short of the target.

Two nations rarely heard of in the cricket section of sports betting, this is one of the most one-sided T20s in history.

Playing in the Continental Cup, the Czechs didn’t only score 278, they then bowled Turkey out for a just 21 runs. It’s the biggest margin of victory of all-time, and by a considerable distance at that.

It was an eye-opening day for the Ireland bowlers on 23rd February 2019. Afghanistan opener Hazratullah Zazai flew out the blocks and he never slowed down.

Finishing not out with 162 off 62 balls, Zazai hit 16 sixes (only three innings have seen a batsman hit more).

He was helped out by 73 from Usman Ghani, and Mohammad Nabi poured salt on the wounds with 17 off 5 late in the innings.

Ireland reached 194 in their chase thanks to a quick start from Paul Stirling, but the defeat ultimately handed Afghanistan the series win.

What is the highest scoring T20 match of all-time?

Hamish Rutherford starred for Otago with an impressive 100, including eight sixes. Central Districts, led by a majestic 116 from Mahela Jayawardene, put in an incredible effort in the chase.

Despite the efforts of Jayawardene and Tom Bruce, Central Districts fell just short, losing by one run.

What is India’s highest score in T20?

They have recorded three team scores of 240 or more, the first of which coming when they registered 244 for the loss of just four wickets against the West Indies in 2016.

They remarkably lost the game when they scored 244, as they had been set 246 to win by the Windies.

Which batsman has recorded the highest T20 score?

Chris Gayle has the highest T20 score with a mammoth 175 not out for Royal Challengers Bangalore against Pune Warriors in 2013. The West Indian power hitter is also the all-time leader in T20 runs scored.

He has 22 T20 centuries to his name, which is well over double as many as anyone else.

His 175 was also the fastest 100 of all-time, and playing for the Melbourne Renegades three years later, he equalled the record for the fastest T20 50.

Gayle hit 17 sixes in his 175 not out. Once again, though, this isn’t even the record. Gayle, of course, broke his own record in December 2017 when he smashed 18 sixes against the Dhaka Dynamites.