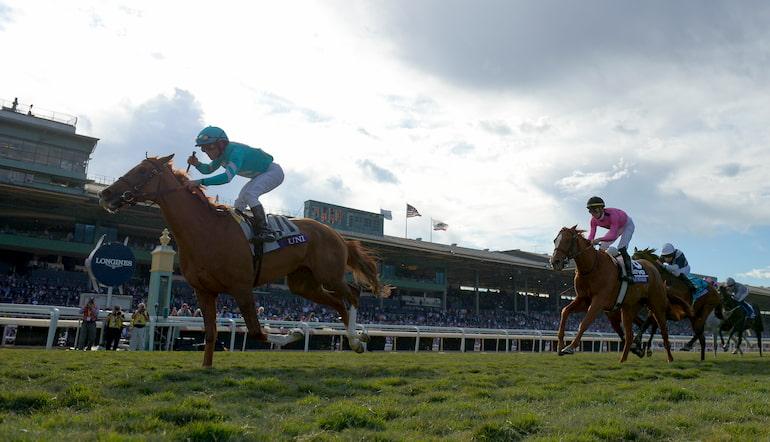 It looks like a wide open Supreme with Envoi Allen heading to the Ballymore Novices’ Hurdle. I was very impressed with ASTERION FORLONGE (11/4) at the Dublin Racing Festival and he can get Willie Mullins off to the perfect start.

Stablemate Shishkin looks a speedy type but the soft conditions will surely suit my selection and his stamina should prevail. Fair play to the owners for entering both in the same race.

From an each way perspective, SOVIET PIMPERNEL (28/1) is worth a look. Winner of a Grade 3 on his last outing, he also has Cheltenham form behind Quel Destin, who is now rated 156. It would be foolish to write him off...

Notebook is a worthy horse racing betting favourite but I’ll be taking a chance on FAKIR D’OUDAIRIES (5/1) to reverse that Leopardstown form. Mark Walsh got it wrong on that occasion and he has been kept fresh, specifically with Cheltenham in mind.

He ran well at the 2019 meeting, finishing fourth behind Klassical Dream in the Supreme and he could be Joseph O’Brien’s best chance of the week.

MAIRE BANRIGH (12/1) is unbeaten in four starts over hurdles and the mare could run into the places with a bit of luck. She coped well with the step up in trip last time out and a quick race would certainly suit.

Second in the National Hunt Chase 12 months ago, DISCORAMA (8/1) can go one better this time around. He looks to have been laid out since Christmas with this race in mind…

The Paul Nolan runner will run off a mark of 148, which looks generous given his form behind the likes of Champagne Classic, Chris’s Dream and Cheltenham Gold Cup contender Delta Work.

CEPAGE (16/1) may be worth chancing despite uncertainty over the step up in trip. He was a gutsy winner at Cheltenham last time out and could feature prominently if conditions suit.

This year’s Champion Hurdle is fascinating. While it isn’t the best renewal in terms of quality, the race has an open feel to it and at least six or seven runners are in with a decent chance of victory.

CILAOS EMERY (6/1) has been supplemented for the race and that could be telling. Willie Mullins must think that the Champion Hurdle is there for the taking and his runner will relish the soft conditions at Prestbury Park.

BALLYANDY (16/1) always gives you a run for your money and he got the better of Pentland Hills at Haydock in January. Given that the former is 16/1 and the latter is 5/1, he could be an each way play.

This could be one of the races of the week. BENIE DES DIEUX (4/6) will be looking to make amends after falling with the final hurdle at her mercy last year – Willie Mullins himself will be banking on a Day One winner in this race. 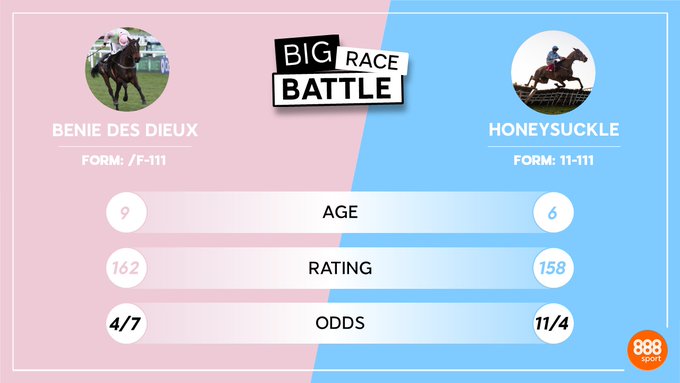 HONEYSUCKLE (2/1) has done nothing wrong in her racing career, with seven wins from seven races over hurdles. Connections must have been tempted by the Champion Hurdle but they opted for the mares race, which is probably the right call.

It is hard to look past the two market principles; the heart says Honeysuckle but the head says Benie Des Dieux.

I’ve been a big fan of IMPERIAL AURA (9/2) for a while now and he looks well treated off a mark of 143. He has finished second on his two previous appearances at Cheltenham and should go close at the Festival. He is my NAP of the day.

BEAKSTOWN (12/1) was touted as a potential Graded horse at the start of the National Hunt season and he has reasonable form behind some solid horses, namely Sam Spinner, Champ and Mister Fisher.

Soft ground will almost certainly suit Imperial Aura more than Beakstown but a dry forecast could swing things in favour of the Dan Skelton runner.

CAREFULLY SELECTED (13/8) looks the one to beat here. This has been his target for a while now and Patrick Mullins will be quietly confident of claiming his third win in this race since 2013.

I backed Carefully Selected for this race in May 2019 after he finished an eye-catching third behind Albert Bartlett Novices’ Hurdle winner Minella Indo at the Punchestown Festival.

NEWTIDE (9/1) is an interesting each-way selection. The Kim Bailey runner has thrived since stepping up in trip, winning his last three races over three miles – with all three wins coming on soft ground.