Looking for each way value ahead of the 2020 Cheltenham Festival? Check out our horse racing expert's longshots... 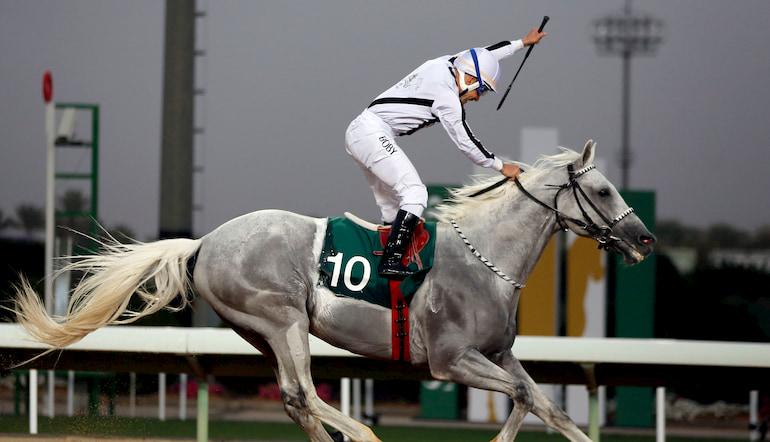 Horses such as Paisley Park, Tiger Roll, Benie Des Dieux etc are certainly going to be popular choices in ante post multiple bets at the Cheltenham Festival, but they are hardly going to get you rich overnight.

Half the fun of the annual pilgrimage to Prestbury Park for many punters is to find those elusive big-priced winners and they certainly go a long way towards paying for the sundries for the week.

Here at 888sport, we have picked out five longshots for you to follow at the Cheltenham Festival and provided you with all our reasoning.

Monalee - 25/1 for the Cheltenham Gold Cup

Many people have questioned my unfaltering dedication to this Gold Cup runner and whether the nine-year-old will be able to handle the 3m 2½f distance required to land this blue riband event.

However, I am fairly confident that his breeding will come to the fore on that front.

Sadler’s Wells has had the biggest breeding influence of all on the Gold Cup in the past 20 years, with winners Synchronised, Don Cossack, Lord Windermere and Kicking King all coming from his lineage.

His legacy continues again this year with Monalee, Santini and Chris’s Dream all being part of his progeny.

Monalee’s second to Delta Work in the Savills Chase (3m) at Leopardstown this season was very impressive, and I do believe that over a further distance the gelding would have re-rallied to win that day.

25/1 is a decent enough price about him and I suggest you give Monalee an each-way go.

Cepage - 12/1 for the Brown Advisory and Merriebelle Stable Plate

Your definition of a longshot may be somewhat different to mine, but if I manage to find any kind of a winner at the Cheltenham Festival that is a double-figured price, I feel I have done very well indeed and mark it down on my “longshots landed” list.

Venetia Williams has given Cepage the ideal preparation this season and he can be a leading player in the Brown Advisory and Merriebelle Stable Plate on the Thursday of The Festival.

Front-running horses often go well in this race and the eight-year-old is certainly one of those.

After watching him at Aintree on his seasonal debut, I’ve been really interested in the way Williams has plotted him this year and he showed his true colours when landing a Grade 3 Chase on Cheltenham Trials Day.

I expect him to be in the van all the way in this contest and once again he will be carrying my each-way money.

Fingerontheswitch is also entered for the Ultima but he looks unlikely to get in. If he doesn’t, then the contingency plan for the Mulholland stable is to go for the Kim Muir with Millie Wonnacott taking the ride once again.

The ten-year-old has been in cracking form since Cheltenham’s October meeting and the pair of them were just denied victory in the Great Yorkshire Chase at Doncaster by Ok Corral.

The gelding is clearly a fantastic ride for an amateur rider and Wonnacott and Fingerontheswitch have certainly bonded this season.

At 25/1 in horse racing odds, they cannot be ignored in a bustling race of this nature where an in synch partnership generally reaps the rewards.

Supasundae - 12/1 for the Champion Hurdle

I’m pretty late to the party with this selection and have missed all the 33/1 that was readily available, but odds of 12/1 are still pretty handsome for a horse that is a multiple Grade One winner in his own right.

In what many pundits are saying is a pretty “ordinary” Champion Hurdle this year, the Jessica Harrington-trained ten-year-old has to be on the radar at least based upon his back class in these type of races previously.

He won the 2018 Irish Champion Hurdle and the Punchestown version the following month. He also won last year’s Aintree Hurdle, beating Buveur D’air before there was a reversal of that very same result at Punchestown last May.

If his proven stamina comes into play in this, then the “veteran” has shown that he can still mix it with the best in this kind of company. He’s just like an old pair of comfortable jeans, forever reliable and enduring, and certainly worth a flutter.

The Glenfarclas Cross Country Chase, on day two of the Cheltenham Festival, has been earmarked as the ten-year-old’s next port of call before a possible tilt at the 2020 Grand National three weeks later.

Any 16-time winner is hard to ignore when assessing the runners in any horse race and Peregrine Run looks well overpriced in a unique race like this.

He has had a break since finishing last of five behind Douvan in the Clonmel Oil Chase, but this is pretty much a step down in grade compared to the races he usually contests.

He could quite easily be a forgotten horse in a race that will be dominated in all the narratives and in the betting by Tiger Roll. 25/1 is an each-way shrewdies dream in a speciality race like this.