An early look at the 2020 Grand National - will Tiger Roll eclipse Red Rum by claiming a third successive win at Aintree? 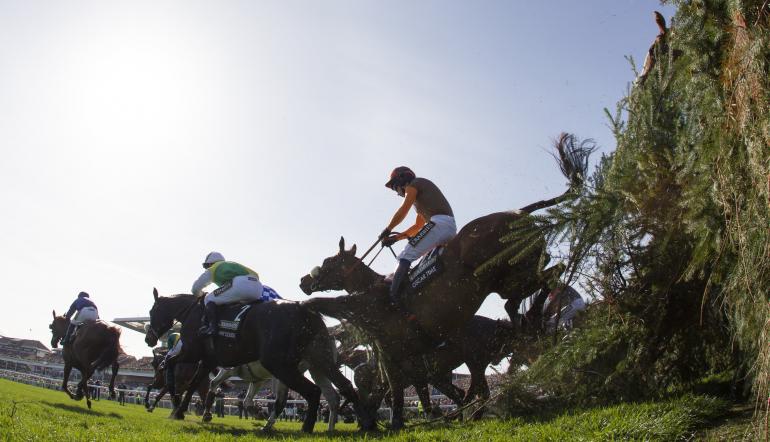 This Tuesday the BHA handicapper Martin Greenwood will reveal his National weights at a special lunch in Liverpool.

If ever there was an opportune time to have an ante-post bet on the Grand National then it’s within the next 48 hours as the market will certainly react to the big reveal and some of the current value on certain runners may well quickly evaporate.

The Grand National is the only race where the head handicapper can use his discretion to determine the horse racing weights. He can personally choose what each horse is allotted and can deviate away from the normal handicap ratings.

The best horse in the race is given the top weight (around 11st 10lb) which undoubtedly will be given to Tiger Roll this year. The weights given to all the other horses are set in relation to the top-weighted horse.

This means if the top weight for some reason is pulled out, the weights for the others may alter but will not change in relation to each other.

The subject of the National weights has been a moot point for the Gigginstown Stud owner, Michael O’Leary, on more than one occasion but this year he is threatening to pull Tiger Roll from the race unless he is “given a chance” by the handicapper.

Eddie O’Leary, brother of the owner said last week that he has a figure in mind that will allow Tiger Roll run but wasn’t prepared to reveal it.

“It’s in my head because whatever I say he won’t give it,” said O’Leary, even indicating that if his brother is unhappy with the mark allocated to Tiger Roll on Tuesday then the horse will be retired after running at the 2020 Cheltenham Festival.

“He’ll have to compress him some bit or this horse won’t run. You know Mick, and they’ll only get one chance.

“Racing wants him, we want him, Aintree wants him, everyone wants him. But unless he’s given a chance he will not run. They have one chance to treat the horse fairly,” Eddie O’Leary said.

Tiger Roll (6/1) is of course the headline name out of the 105 horses that have been entered for the £1-million Randox Health Grand National which takes place on Saturday 4th April.

In 2019, Tiger Roll became the first horse since Red Rum to win back-to-back Grand Nationals and now has the chance to become the only horse to land three consecutive runnings of the race.

Trained in Ireland by Gordon Elliott, Tiger Roll is due to begin his campaign in either the Boyne Hurdle at Navan on February 16th or in the Glenfarclas Cross Country Chase at the Cheltenham Festival on March 10th, where he was won four times previously.

The Elliott team accounts for 18 of the 45 Irish-trained entries in total, as he chases a fourth success in the race. If successful, he would equal Ginger McCain, Fred Rimmell and George Dockeray as the most successful trainer in Grand National history.

This year’s Irish Grand National victor Burrows Saint (16/1) is one of 10 entries for Willie Mullins, who lifted the trophy in 2005 with Hedgehunter. Mullins’ entries also include last year's Topham Chase victor Cadmium (40/1) and the recent Thyestes Chase winner Total Recall (33/1).

Last year's runner-up Magic Of Light (20/1) and the impressive Munster National heroine Cabaret Queen (50/1) are two of the most notable mares engaged. Unfortunately no mare has won the Grand National since Nickel Coin in 1951 so they will be hoping to break that trend.

Tiger Roll is not the only previous winner among the entries as One For Arthur (33/1, Lucinda Russell) also holds that accolade.

In 2017 One For Arthur became only the second Scottish-trained winner after Rubstic in 1979. Only four horses have ever regained the Grand National in a later year, those being Red Rum, Manifesto, The Lamb and Peter Simple.

Sue Smith, who last tasted Grand National glory in 2013 with Auroras Encore, has given the green light to Vintage Clouds (25/1) after his impressive victory in the Peter Marsh Handicap Chase at Haydock Park.

Walk In The Mill (16/1, Robert Walford) is rapidly becoming a standing dish over the Grand National fences and he finished fourth in last year’s race.

The ten-year-old took the Becher Handicap Chase for the second time at Aintree back in December, the first horse to ever win the race back-to-back.

The Ditcheat trainer’s six entries include the Badger Beers Silver Trophy victor Give Me A Copper (40/1)and Yala Enki (25/1), third in the last two Welsh Grand Nationals and the probable mount of Bryony Frost.

Paul Nicholls recently said of Yala Enki: “He won’t go to the Eider Chase and if I decide to run him before the Grand National it will be something like the race at Kelso at the end of the month.

“He was brilliant at Taunton. It was quick enough after the hard race in the Welsh National. I want to go to Aintree with him if the owner is happy and we have to plan back from that.

“I think he could be a great horse to go to Aintree with.”

Bryony Frost said of the ex-Venetia Williams-trained ten-year-old on her Jockey Club blog:  “He’s a front runner, a bold jumper, a staying chaser – they’re just epic to be with when you’re out there.

"He won a couple of weeks ago at Taunton really impressively. April is a long way off in the world we live in but he’s everything a Grand National horse should be.”