Why Iga Swiatek Can Become The GOAT Of Women’s Tennis 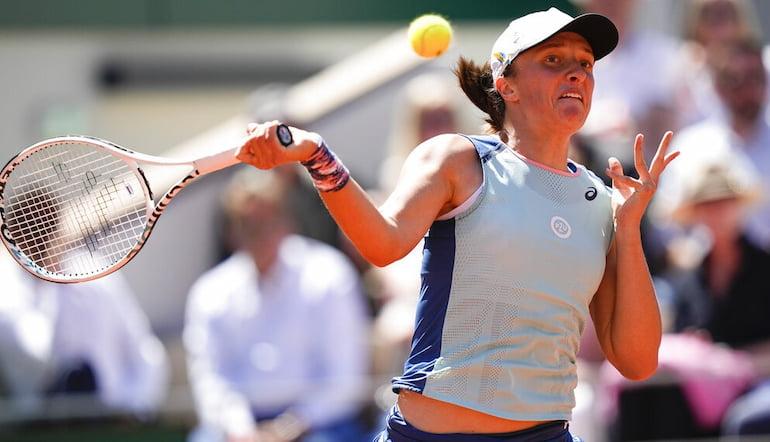 For two distinctly different yet entirely related reasons, Iga Swiatek’s third-round loss to Aklize Cornet at Wimbledon this summer was greeted with a great deal of shock by the media in attendance. Eyebrows were raised. This wasn’t supposed to be.

The first explanation for the amazement amounts to an obvious point, the 21-year-old Pole being ranked number one in the world to Cornet’s lowly 39.

But there was something very unique about the reaction to Swiatek’s straight-sets defeat that is telling, even as tennis fans acknowledged that the Warsaw warrior looked jaded on the day and besides is typically stronger on clay.

Because as the young phenom trudged to the changing rooms, graciously applauding the crowd as she went, so ended an astonishing run of victories that stretched all the way back to February, a run that totalled 37 wins.

It was an unbeaten streak that took in six straight titles, including a second French Open triumph to add to her first, attained via spectacular means in 2020.

Naturally enough, such sustained dominance has resulted in the player becoming a firm favourite with the live betting community.

Should she ever drop a set – a seismic event that inevitably leads to her odds widening – savvy observers watch on, backing her whipped forehand deliveries to swiftly return along with footwork that is peerless. And time and again, it does.

It is a sustained dominance that has also left her feared on the circuit and understandably so.

With a complete game based on high-octane accuracy and ruthless execution from a broad range of shots, the emerging superstar has a consistent brilliance that has been described as ‘unstoppable’ in some quarters, a ‘juggernaut’ in others.

All of which begs the question as to how far she can go in the sport and what can she ultimately achieve?

Certainly, Swiatek can expect to retire years from now a fabulously wealthy individual as women’s tennis continues to grow and be financially rewarded to the extent it deserves.

Young female tennis stars in the modern era accrue a small fortune even early into their careers as evidenced by Emma Raducanu’s net worth, a talent who is ranked 11 places behind the generational Pole. In that regard, we can confidently surmise that Swiatek is already set for life.

Yet money is low on her priorities at present, with titles and her legacy to play for and though the player recently compared by John McEnroe to Serena Williams may have ‘only’ won two major tournaments to date, aged just 21 her development ceiling will rise further still; a terrifying prospect for her rivals who are already trailing behind her.

If Iga Swiatek improves on grass, and hones her craft to perfection on clay, there is every cause to suspect that in years to come she might dominate tennis in the same vein as her heroine, in doing so amassing the most grand slams in the sport’s history.

And that would make her the GOAT of tennis, undisputed.

Tennis Tips
About the Author
By
Stephen Tudor