Emma Raducanu Net Worth – How Much Is British Tennis Star Worth?

British tennis star Emma Raducanu has been the centre of attention since winning the US Open but what is her estimated net worth? 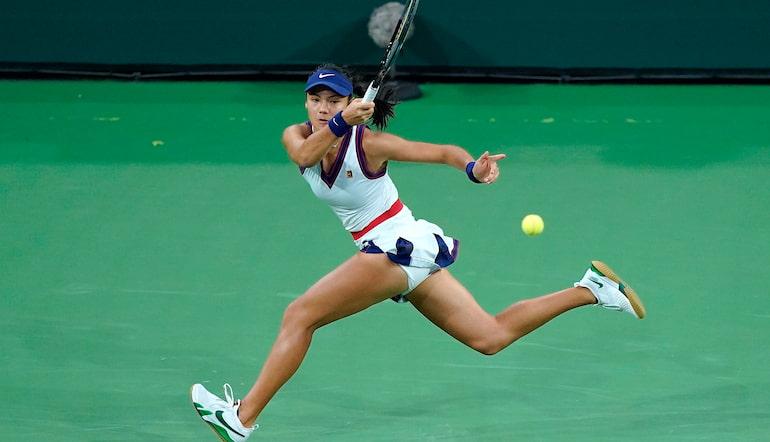 It’s not outlandish to say Emma Raducanu is one of the biggest tennis betting stories of all-time.

Already a Grand Slam winner and among the most well-known people in the sport, Raducanu has enjoyed a 2021 like no one else on the planet.

While it’s too early to judge if Raducanu will end her career among the best tennis players of all-time, that hasn’t stopped the speculation about what comes next for her.

The pressure is enormous after that magnificent fortnight in the Big Apple.

A star of tennis in-play betting for years to come, Raducanu is going to be making headlines on and off the court for the foreseeable future.

Emma Raducanu’s estimated wealth varies depending on the source. Most come in at around £4 million, which is hardly surprising given her £1.8 million prize money from the US Open.

The wild journey to superstardom has attracted numerous lucrative endorsement deals for Raducanu.

Her initial partnerships with Nike and Wilson – which were believed to be worth around £100,000 per year – have been joined by a deal with Tiffany & Co.

Following the US Open win, some reports suggested Raducanu could pocket £100 million in sponsorship deals.

Aston Martin, Uniqlo and Lacoste are just three of the companies thought to be interested in working with tennis’ new teenage sensation.

Who Is Emma Raducanu’s Coach?

Emma Raducanu currently does not have a coach. She parted ways with her former coach Andrew Richardson after her US Open triumph in 2021, citing the need for a coach with WTA tour experience.

It was reported in October 2021 that Raducanu has worked with Johanna Konta's former coach Esteban Carril.

While an appointment on a permanent basis doesn’t appear imminent, figures around the tennis world have spoken of the need for stability.

Carril will be Raducanu’s fourth coach of the year, and former British player Greg Rusedski believes it’s time for the US Open champion to settle on a coach long-term.

He said, “Esteban (Carril) did a great job with Jo Konta when she had her big breakthrough and got into the top 10 in the world. 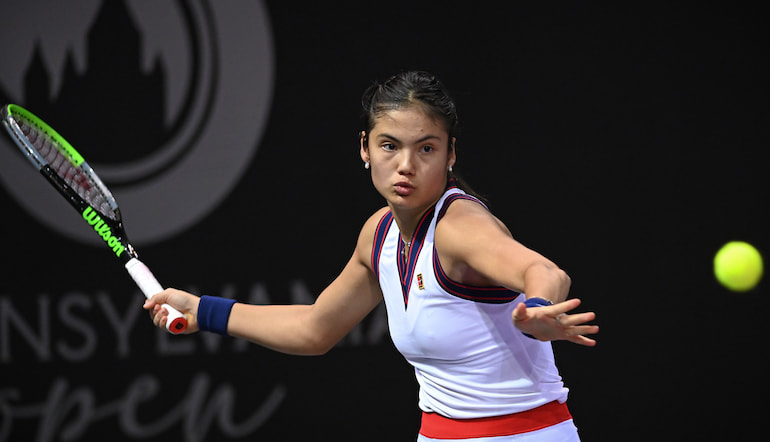 "Hopefully this works out for Emma. But she needs consistency from a team point of view to push on with all the success she has had at the US Open.”

Raducanu is hoping to have a coach before the 2022 Australian Open, but there’s clearly no rush to make a decision.

She said, “I think having a coach is great. But once again you are on your own on the court. I don't think it is great to be dependant.

"You need to coach yourself. That is something I am learning. Part of the experience I am having is being able to learn to coach myself…

"I am feeling optimistic about trying to have something in place for the off-season and the Australian Open. No, I haven't decided on the coach. But things are moving forward."

She was only the second player ever to win the US Open on her debut appearance at the tournament and broke a long drought of British women’s Grand Slam titles.

Raducanu’s win over Fernandez was the first time a British woman had won a major title since Virginia Wade at Wimbledon in 1977.

Only the fourth woman in the Open Era to win a Grand Slam as her first WTA title, Raducanu rewrote the history books at the 2021 US Open. Records tumbled throughout her run, with the final truly changing her life forever.

Even some players on the list of the most tennis Grand Slams ever haven’t enjoyed dominance quite like Raducanu’s fortnight at Flushing Meadows. She didn’t drop a set and was never even taken to a tiebreaker.

Fernandez helped to break records along the way, too.

It was the first women’s Grand Slam singles final in the Open Era to feature two unseeded players, and the Canadian embarked on an extraordinary run to the final, defeating Aryna Sabalenka, Elina Svitolina, Angelique Kerber and Naomi Osaka.

Regardless of what happens through the rest of her career, Raducanu pulled off one of the greatest sporting stories of the 21st century at the US Open.

Emma Raducanu is ranked number 23 in the world as of 28th October 2021. What a change a year makes. 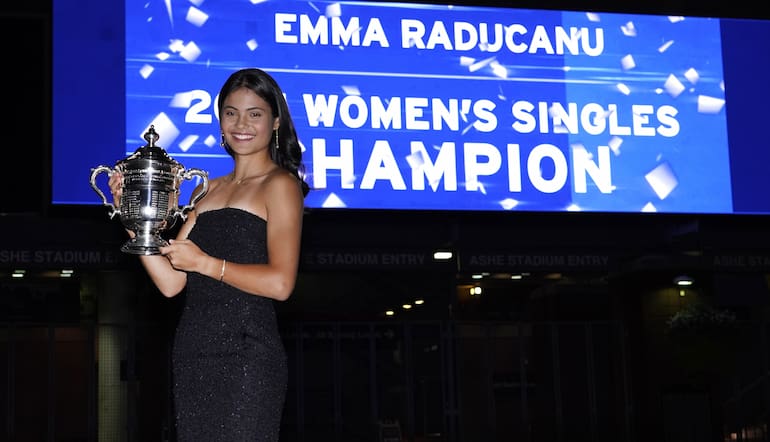 Destined to be a star name in tennis predictions for years to come, Emma Raducanu’s world ranking is bound to improve in the next few seasons.

Will Raducanu become the first British woman to top the world rankings?

Emma Raducanu’s career prize money is just over $2.8 million. Around $2.5 million of that total came from the 2021 US Open.

There’s not much prize money on offer when you’re languishing outside the top 300 in the world as Raducanu was prior to 2021. One Grand Slam run can provide a life-changing sum, though.

Raducanu doesn’t have any outlandish plans for her US Open windfall just yet.

She said, "I will just leave that to my parents. They can take that for me.

"I haven't done anything or bought anything yet. I know tennis is an expensive sport. From everything, travel and expenses. It'll probably go towards that. I don't really think of the money side of that. I know there are a lot of taxes and expenses."