Looking for the IPL winners list? Check out our cricket betting tips to back which team joins the Indian Premier League champions list next year... 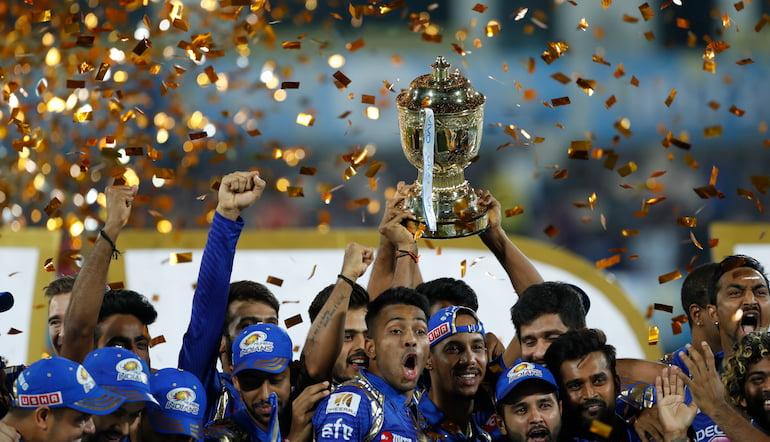 Right up there with the Ashes and the World Cups, the IPL is one of the biggest cricket betting events. The games come thick and fast, the world’s best are battling it out, and the crowds are incredible.

Anyone into sports betting should give the IPL a try. It’s a universe or two away from the tradition and patience of Test cricket. The Indian Premier League at its best is high-skilled drama; it’s cricket in its most quick-hit, adrenaline-pumping form.

There’s no need to have an in depth understanding of cricket fielding positions. The IPL can be entertaining on the crash-bang-wallop surface level, but it’s every bit as fascinating for those delving into the tactics and ever-changing strategy of 20-over cricket.

The most successful teams in IPL history rely on a combination of successful auctioning and timely performances. Finding value in the auction can put a franchise a step ahead of their opponents before a ball has been bowled.

Franchises have come and gone. Some previous IPL winners are now defunct. Others were not around when the competition originated over a decade ago. Here’s a list of every IPL winner to date…

When Was IPL Formed?

The Indian Premier League was first announced in September 2007. The BCCI introduced the competition and said there was due to be a ‘high-profile ceremony’ in New Delhi in April of the following year.

Lalit Modi was considered to be the driving force of the IPL. Modi announced the details of the competition, including the seven-man panel which would run the competition, featuring former India players and BCCI executives.

Modi, speaking during the league’s launch, said, “The IPL has been designed to entice an entire new generation of sports fans into the grounds throughout the country.

"The dynamic Twenty20 format has been designed to attract a young fan base, which also includes women and children.”

In January 2008, an auction took place to decide the owners of the new teams. The base prices came to around $400 million, but they eventually sold for a total over $700 million.

The winning bidders were made public knowledge at the same time as the cities. Mumbai, Mohali, Kolkata, Jaipur, Hyderabad, Delhi, Chennai and Bangalore all had teams in the first season of the IPL.

The Mumbai Indians are the most successful team in IPL history. Four of their five titles have been won in the last six editions of the competition, and many would name them as the greatest T20 team of all-time.

Mumbai’s latest IPL winning roster is loaded with superstar talent both from India and beyond. Rohit Sharma, one of the most destructive batsmen on the planet, captains the team and opens up. Chris Lynn can hit a long ball.

Hardik Pandya and Kieron Pollard are the best all-rounder duo in the IPL. Quinton de Kock is near impossible to bowl to when in form.

Rahul Chahar and Jayant Yadav provide the spin options, while Jasprit Bumrah and Trent Boult are the pace threats. They are stacked with elite players across the board.

Their 2020 triumph over the Delhi Capitals made them just the second team in IPL history to win the competition in consecutive seasons. Few would bet against them completing a threepeat in 2021.

The Mumbai Indians won IPL 2020. They defeated the Chennai Super Kings emphatically in the final thanks to a brilliant knock from Rohit Sharma.

Mumbai won the match with eight balls to spare after battering the Delhi Capitals in the preliminary.

Rohit delivered when it mattered most, but he didn’t lead the run scoring charts in the tournament. Ishan Kishan was the Indians’ most prolific batsman, and fifth-highest scorer in IPL 2020, with 516 runs at an average well over 50.

Mumbai’s pace duo, Jasprit Bumrah and Trent Boult, were in contention for the Purple Cap, but they had to settle for second and third in the wickets table respectively. Kagiso Rabada led the way with 30 wickets.

Kishan finished with the most sixes, Kieron Pollard won Super Striker of the Season, and Boult was awarded Power Player of the Season. Bumrah just missed out on MVP to Rajasthan star Jofra Archer.

How To Watch IPL:

The IPL is shown on Sky Sports in the UK. Every match was broadcast on Sky for the 2020 tournament. Star Sports and Disney+’s Hotstar broadcasted the 2020 IPL in India.

NOW TV is also an option for IPL fans in the UK. For those without a regular Sky subscription, NOW TV offers weekly or monthly passes to gain access to sky channels.

The best white ball players in the world have (almost) all tried their hand at the IPL. It has helped make millions for the biggest stars – Virat Kohli net worth figures are so vast in part because of his IPL earnings.

Kohli is the all-time leading scorer in the IPL, ahead of Suresh Raina and David Warner. Warner leads the way with the most half centuries with 48, seven more than anyone else.

Chris Gayle, arguably the greatest T20 player ever, has the most IPL centuries. The West Indian opener also tops the pile of six hitters, and by an absolute mile. His 349 IPL maximums is over 100 more than anyone else.

While the aforementioned Jofra Archer and Jasprit Bumrah are the premier IPL bowlers at the moment, both have a long way to go to catch Lasith Malinga. The Sri Lankan’s unique action and variation made him a menace in the IPL for a decade.

All-time greats like Kevin Pietersen, Matthew Hayden, Shane Warne and Harbhajan Singh have all featured in the IPL.

Many have continued to play in the world’s most lucrative league long after hanging up their Test match boots – AB De Villiers is one active player to fall into that category.