Jose Mourinho vs Arsene Wenger: Who Is The Better Manager?

The Jose Mourinho vs Arsene Wenger rivalry may be finished on the pitch but it continues to blaze off it - who is the better manager? 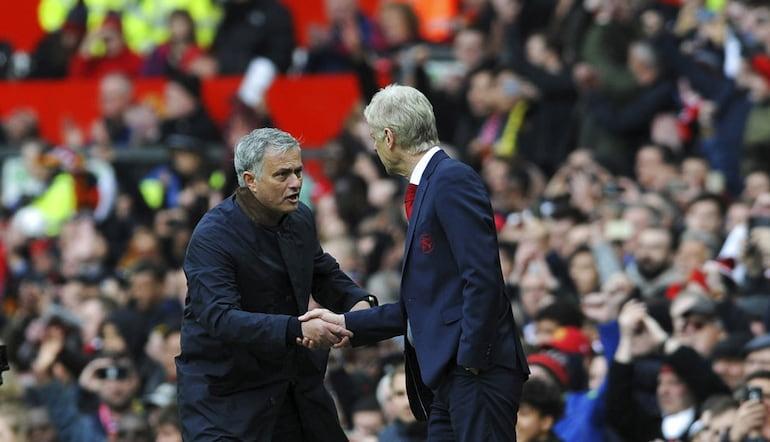 Football expert @SamRCox_ tackles the Jose Mourinho vs Arsene Wenger debate but who comes out on top?

Jose Mourinho and Arsene Wenger were natural rivals. Mourinho arrived in the Premier League ready to upset the established order, making Wenger a clear target for the Portuguese provocateur.

Their footballing ideals were/are galaxies apart – the ultra-pragmatism of Mourinho a clear contrast with the philosophical Wenger.

This was all conducted in the already fearsome arena of a London rivalry between Chelsea and Arsenal. Mourinho was an instant success in England, as Wenger had been years before.

It took the Frenchman 14 attempts to secure a win against his Portuguese foe, and he finished with just 0.68 points per match when duelling with Mourinho.

For context, that figure was 1.18 when facing Alex Ferguson, 1.27 versus Mauricio Pochettino and 0.86 against Pep Guardiola.

The story of Jose Mourinho vs Arsene Wenger goes far deeper than title races and touchline confrontations, though. Both endured spells where they were in the discussion to be the next Premier League manager to leave.

Of course, it is a debate that has become reality for Mourinho on multiple occasions, departing Chelsea (twice), Manchester United and Tottenham in acrimonious circumstances.

Chelsea were on the charge when they hired Mourinho in 2003. Money was being spent at an unprecedented rate, and Roman Abramovich had set his sights on breaking up the Arsenal and Manchester United duopoly.

Wenger had already done his best work when Mourinho arrived, winning doubles, overseeing an Invincible season, and forging a rivalry with Ferguson.

Mourinho was a genius in the biggest matches, an area late-career Wenger often struggled in.

When you think of the most heated rivalry in Premier League history, which fixture comes to mind and why? #TheEyeTest pic.twitter.com/i1NzLOXEVe

Mourinho’s record against Wenger was the most extreme example of this, and he took great joy in firing shots at the Arsenal manager, with ‘specialist in failure’ becoming the most famous of his countless barbs.

The most devastating moment in their direct contests was Mourinho’s Chelsea hammering Wenger’s Arsenal 6-0 in his 1000th match.

The tension continued into Mourinho’s spell at Old Trafford, though it was lacking the intensity of his days at Stamford Bridge. The stakes were lower, with both sides far from favourites for the title in online betting.

For all the drama of Mourinho versus Wenger and its soap-opera-style coverage on the touchline, it would be an oversight to reduce this rivalry to the matches against each other.

Wenger has three league titles and seven FA Cups. Where Mourinho’s career could be compared to a world tour, Wenger opted for a more settled existence.

As a result, a direct comparison of trophies only tells a portion of the Mourinho vs Wenger tale.

Mourinho’s eight league titles, two Champions Leagues and two UEFA Cup/Europa League wins are both a mark of his relentless winning during his prime and a reflection of a short-term manager.

The contrast in trophy haul is partly a choice. It’s also a clear representation of their personalities. The consistent, calm Wenger kept things ticking over in north London through the loss of key players and a costly stadium move. 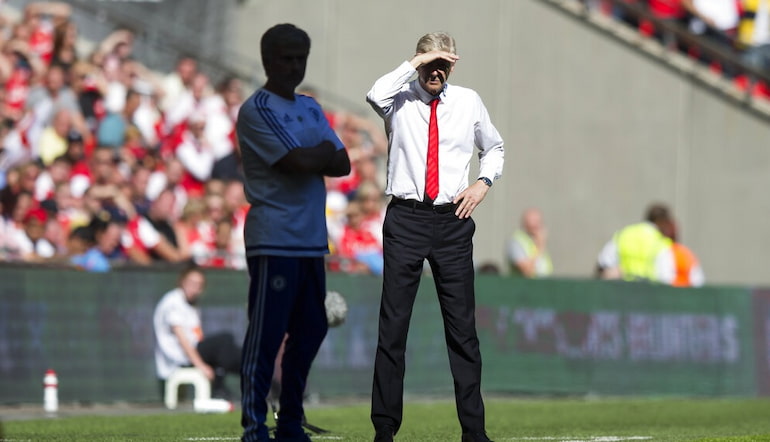 Mourinho is a fierier character, a manager addicted to winning, which brought some sensational highs and equally brutal lows.

As of June 2022, Wenger has managed over 600 matches more than Mourinho.

The latter is still only 59 and will close that gap over the years, but even after a Conference League triumph with Roma, there are murmurs that he could be on the move again.

Wenger’s longevity is a feat in itself. There was plenty of deserved criticism at the time, yet how he kept the Gunners in the top four was impressive.

Mourinho is notoriously impatient, chasing silverware and rarely willing to wait on players to develop. Wenger was patient to a fault, often placing too much faith in players and not always possessing that same insatiable drive for silverware.

In a shootout on medals accumulated, Mourinho’s career is hard to match. He is miles ahead of Wenger, though the Frenchman achieved consistency and stability at Arsenal in a way that Mourinho has never managed.

Where Mourinho’s legacy is cemented in the record books, Wenger’s is less quantifiable.

A nod should be given to Wenger’s French title with Monaco. If we want to delve deeper into individual accolades, Wenger has almost five times as many Premier League Manager of the Month awards.

He also won the Onze d’Or Coach of the Year in four of five years at the start of the century. Fittingly, it was Mourinho who ended that run with his lone win coming in 2005.

Back in the sphere of Premier League predictions, they are tied on three Manager of the Season awards apiece, though Mourinho also won the equivalent award twice in Spain and twice in Italy.

Wenger achieved things at Arsenal that Mourinho has not and arguably could not. Mourinho took Europe by storm with Porto, made Chelsea one of the most successful clubs in England, and made history with Inter and Real Madrid.

Both endured decline. Wenger’s teams became almost a parody of themselves, yet he collected FA Cups through his final seasons.

Mourinho’s prickly nature has often slipped from motivating to problematic. Their respective, and vastly different, styles of play have seemed outdated at times. 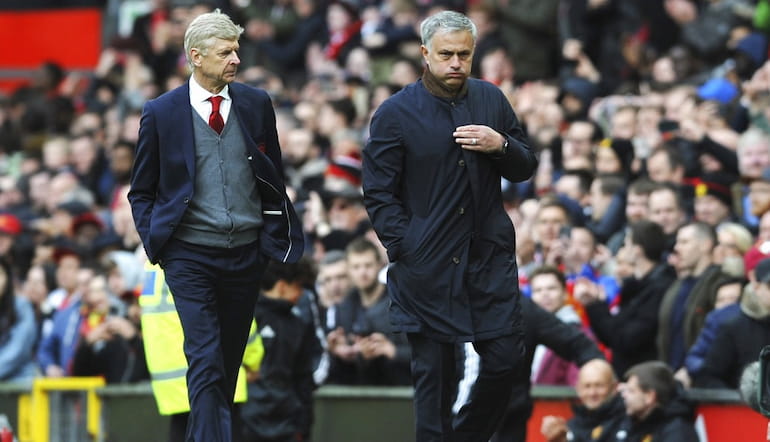 Still, Mourinho has also found ways to win trophies, lifting a third league title at Chelsea, the Europa League with Manchester United and guiding Roma to their first piece of continental silverware.

There is considerable subjectivity to a discussion of this ilk. It ultimately comes down to taste in personality, style of play and what an individual values most from a manager when there is so little to choose between them.

Both are unquestionably in the top five greatest Premier League managers ever.

Perhaps Wenger’s 1,235 matches in charge of Arsenal give him the edge in that category, but Mourinho’s glories around Europe will probably be enough to put him ahead of Wenger in the all-time rankings when he finally calls it a day.