The Kenya Premier League is one of the biggest competitions in African football. Here's everything you need to know about the FKF Premier League... 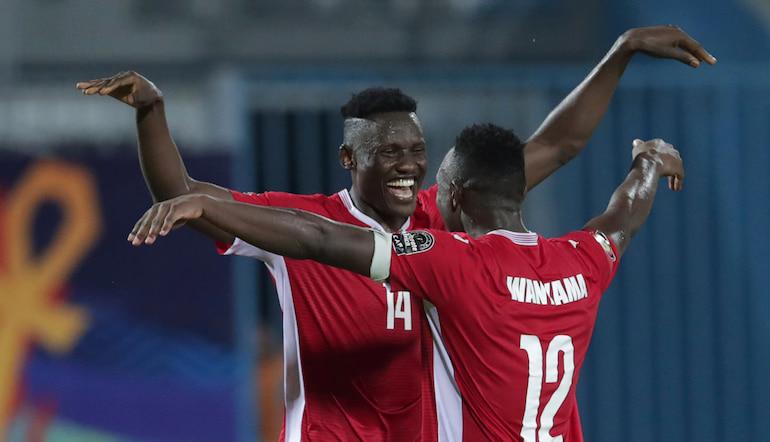 One of the more obscure leagues for football betting fans, the Kenyan Premier League has been through a relatively turbulent history. Varying levels of investment has seen the quality of football fluctuate.

Football in Kenya has been more stable in recent years. The national team has hovered around 100 in the world rankings, following a low point of 134th in the world back in 2012.

They were up at 68 in the world as recently as 2008, but they are still one of the minor footballing nations in Africa. No Kenyan team has ever won a continental trophy.

From history to the football prediction favourites, let’s take a quick run through everything you need to know about the Kenyan Premier League.

When was the FKF Premier League formed?

The Kenya Football Federation founded the FKF Premier League in 1963. The league is now controlled by the Football Kenya Federation, and the league has been in various different guises since its first season back in the 1960s.

With the National Football League deteriorating, and tension between governing bodies, clubs broke off and decided it was time for a fresh start. There was a desire to introduce a professional running of the league.

40 years after its founding, the Kenyan Premier League became a limited liability company, giving all of the clubs involved a share of the ownership.

With renaming always common with football leagues around the world, the Kenyan top flight is no different.

From the first season through to 1996, it was known as the Kenya National Football League. Peculiarly, it had two one-year stints (1973 and 1997) as the Kenyan Super League.

It has been the Kenya Premier League since 1998, though sponsorship deals have meant some changes to the name since then.

There are 18 teams in the Kenyan Premier League. This follows a standard top division format with each team playing the other home and away to take them to a 34-match campaign.

As in other leagues, it’s three points for a win and one for a draw. Much like England, goal difference and then goals scored are used to break up teams who are level on points.

This then goes to head-to-head before a play-off match if all three categories are equal.

The Kenyan Premier League follows a similar structure to the German Bundesliga when it comes to relegation. The bottom two teams are automatically demoted to the National Super League.

Those two teams are replaced by the top two teams in the second tier.

The team third from bottom, however, faces the third-placed team in the National Super League to decide the third relegation spot. The winner gets a place in the Kenyan Premier League for the next season.

When it comes to continental qualification, the champions gain a spot in the CAF Champions League. Gor Mahia, the most successful football club in Kenyan Premier League history, haven’t made it past the first round of the Champions League since 1992.

18 teams compete in the Kenyan Premier League every season. Unsurprisingly, two Nairobi clubs are the most popular in the country.

The rivalry between AFC Leopards and Gor Mahia is a headline fixture every season. Five other top flight clubs, as of the 2019/20 season, are based in Nairobi.

15 of the 18 managers/head coaches in that season were Kenyan. Gor Mahia boss Carlos Manuel Vaz Pinto was one of two European managers, along with AFC Leopards coach Patrick Aussems.

Gor Mahia are by far the most successful FKF Premier League team. They have won 19 league titles, including seven since 2013.

Gor Mahia have been the dominant force in Kenyan football, though this hasn’t been translated into results on the continental stage. Their best effort in the 21st century was a jaunt to the quarter-finals of the CAF Confederation Cup in 2018/19.

AFC Leopards have won 12 titles, one more than Tusker. Tusker has been more of a threat in recent years, however, winning six times since AFC Leopards were last Kenyan champions back in 1998.

Allan Wanga of Homeboyz shared the Golden Boot with Sofapaka’s Umaru Kasumba and Ulinzi Stars’ Enosh Ochieng’ back in 2018/19.

Information on previous top scorers in the Kenyan Premier League is very limited. Reaching the mid-to-high teens is usually enough to be in the running for top scorer in a given season.

In recent years, Jesse Were enjoyed the most prolific campaign, scoring 22 goals for Tusker in 2015.

Tusker and Mathare United are tied for the biggest stadiums in the FKF Premier League with capacities of 60,000 each.

AFC Leopards are the only other club with a capacity north of 15,000. Their Nyayo National Stadium can hold 30,000 spectators, and is also used for rugby and athletics. It’s just outside the centre of Nairobi.

Despite some enormous stadia in the league, most clubs are limited to capacities in the 5,000 region. Average attendances are often just two or three thousand.

The stadia size might rival some which could be used in the European Super League, but the crowds are barely comparable.

Starting his career in the youth systems of Nairobi City Stars and AFC Leopards, former Southampton and Tottenham midfielder Victor Wanyama is one of the most famous Kenyan footballers ever, though he never appeared in the Kenyan Premier League.

Now playing in Qatar, 41-cap Kenya international Michael Olunga is one of the most recognisable names from the league.

Of players currently in the league, David Owino is very established, while Eric Ouma and Teddy Akumu both spent time in the Kenyan Premier League before moving abroad.

Gor Mahia has been dominant at the top of the Kenyan Premier League table in recent years. The relegation battles have often been tight, however.

Click here for a look at the latest Kenyan Premier League table.