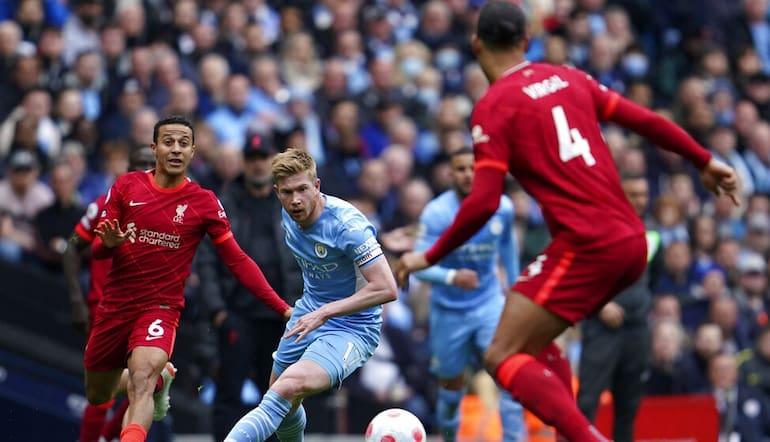 The day of the Premier League fixtures being released is a big step in the transition from the previous season to the next.

It helps to inform those making outright football bets, and gives fans an opportunity to speculate about the easier and tougher patches in the schedule.

We have picked through the Premier League fixtures for 2022-23 to identify 10 key dates on the calendar.

The season kicks off with Arsenal at Crystal Palace for Friday Night Football on August 5th.

It’s a shortened summer for Premier League clubs with the World Cup forcing the season to start slightly earlier than it would have otherwise done.

Fulham host Liverpool in Saturday’s early kick-off, a fierce challenge on their return to the top flight.

Fellow promoted sides Bournemouth and Nottingham Forest are in action at home to Aston Villa and away to Newcastle respectively.

Favourites to win the title in the latest Premier League odds, Manchester City have to wait until Sunday to get their season underway against West Ham, while Erik ten Hag’s first Premier League match in charge is at home to Brighton.

Under a month into the season, we get our first Merseyside derby.

All 20 Premier League teams will have been in action in midweek, and the clubs in continental competition will be just a few days from their first round of group stage matches.

Everton welcome Liverpool to Goodison Park, while Mikel Arteta takes his Arsenal side to Old Trafford.

This follows matches against Liverpool and Leicester for Manchester United, who have a tough start to the campaign. Ten Hag could be under early pressure heading into this one.

Following matchday four in the Champions League group stage, Liverpool and Manchester City meet for the first time in the season.

With these teams dropping so few points, the head-to-head fixtures are particularly important.

This round of matches also includes a clash between Fulham and Bournemouth, which could have an early impact on the relegation tussle.

The condensed nature of the first half of this season means teams in European competition don’t have much time off.

Requests to avoid high-profile matches in the final week before the World Cup were followed, yet the penultimate matchday of the first half of the season includes Chelsea hosting Arsenal and Spurs accommodating Liverpool.

If any of these teams are able to rotate in their midweek matches, it could provide a real advantage here.

Leeds away to Spurs and West Ham welcoming Leicester are the two standout fixtures from the final round before the World Cup.

We won’t have an outcome to most Premier League predictions by this point, but we are bound to have some surprises with overachievers and teams that have disappointed.

There have been adjustments to the Premier League’s festive schedule, but fans still have their fix of Boxing Day action after the World Cup.

This will be like starting afresh for some. The top teams will see most of their players head to Qatar, but others will have a chance to recuperate and recover from injuries.

Some in-form sides may struggle to find their groove again. Others will come back refreshed from the six-week hiatus.

The campaign should be back in rhythm by the time we get to 14th January. This could be the most entertaining weekend of the season with a Manchester derby and a north London derby taking place.

There’s also the bonus of a London encounter between Chelsea and Crystal Palace, while Nottingham Forest reignite their rivalry with Leicester.

This will be a fun weekend for neutrals. It will also potentially have a significant impact on the title and top four races.

Less than a month later, we’ve got another weekend stacked with rivalry.

There’s a Merseyside derby, West Ham welcome Chelsea to the London Stadium and Manchester United will face a fierce atmosphere on their trip to Elland Road.

Spurs face a tricky trip to Leicester, while Manchester City should cruise to victory against Aston Villa.

This is a weekend of potential slip ups for several teams in title/top four contention, and there’s what could be a relegation six-pointer between Fulham and Forest.

There are just four matches left after the weekend of 29th April. Once again, this is a crucial moment in the season. Bournemouth face Leeds in a fixture which is likely to have a major impact on the fight for safety.

If we’ve again got a close title race, Liverpool will be in a must-win position when they host a Spurs team who could well be battling to stay in the top four again.

Chelsea visiting Arsenal is always a big match, but particularly so if they are as close in the table as they were towards the end of 2021-22.

Will we get drama on the final day like we did in 2022? This is the day when way too early predictions are proven right or wrong. If it’s anything like the climax to 2021-22, we are in for a real treat.

It’s hard to tell which fixtures will be of interest so far in advance, as it depends entirely on the table heading into matchday 38.

Recent history suggests all eyes will be on Brentford hosting Manchester City and Liverpool on the road against Southampton, while Spurs face a potentially challenging trip to Leeds with Chelsea, Manchester United and Arsenal all at home.

All three newly promoted sides are away. Leicester matching up with West Ham could be pivotal in the competition for the final European spots.