The latest Lewis Hamilton net worth figures value his total wealth at £260 million. F1 fans, it's time to check out his staggering wealth and a look at his Formula 1 career... 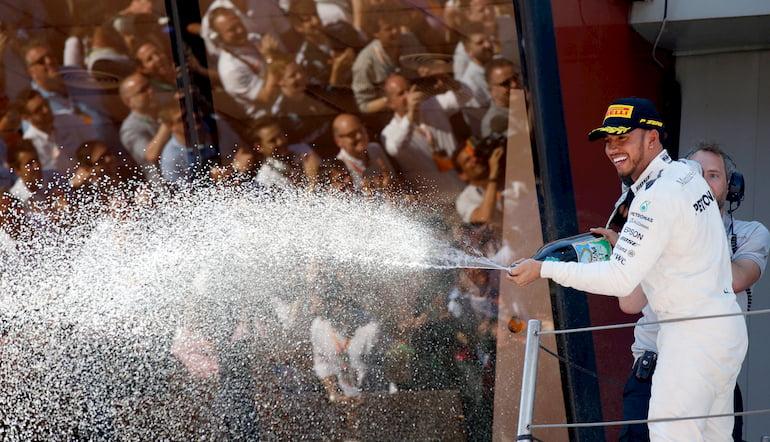 A seven-time world champion, Lewis Hamilton is arguably the greatest Formula One driver of all-time. Popular in F1 betting odds, Hamilton is the star of his generation.

He’s a celebrity in his own right, a figure bigger than his sport and a man who stands for so much more than success on the track.

How Much Is Lewis Hamilton Worth?

There’s a long list of things people want to know about Hamilton. That’s the price of stardom. In this article, we have compiled everything you need to know about the Mercedes driver.

While the current F1 grid is littered with young talents, Hamilton broke several records in his first couple of seasons. As a rookie, he became the youngest ever driver to lead the World Championship.

Hamilton was the youngest Formula One champion ever the following year, a record that was beaten by Sebastian Vettel in 2010.

Hamilton has the most Grand Prix wins in the history of the sport.

Thanks to a magical drive at the 2020 Turkish Grand Prix, no driver in history has more world titles than his seven. Hamilton equalled Michael Schumacher’s tally, and sits two clear of anyone else.

He will be once again the F1 betting favourite to make it eight Drivers’ Championships in 2021. Hamilton’s first title came with McLaren in 2008, in what was one of the most dramatic deciders of all-time.

His following six have come with Mercedes, who have built an unprecedented period of dominance. Only Schumacher has won more than four titles in a row. Hamilton will hope to make it five in 2021.

Lewis Hamilton is very active on social media. His Instagram account is one of the most followed among athletes. Hamilton has 21 million followers and has posted almost 950 times.

He uses the account for a variety of things. Photos of his dog are frequent as are sponsor-driven posts. Hamilton has always used his social platforms to promote social justice causes, and that has been particularly prevalent in 2020.

Of course, Hamilton’s longevity in the sport has helped him build a following, but the discrepancy between his follower number and the rest of the sport shows how famous he is.

He’s one of the most recognisable athletes on the planet – he has done more to grow Formula One than anyone else.

Such is his fame, Hamilton’s love life is an obsessive topic for the tabloids. Earlier this year, The Daily Mail made a fuss over Hamilton going on a yacht with model Florence Mueller.

An on-off relationship with Nicole Scherzinger ran from 2007 until 2015. Scherzinger was there for Hamilton’s first drivers’ title in 2008 – famously jumping around the McLaren garage as Lewis passed Timo Glock on the last lap.

Since then, though, Hamilton’s relationship status has been a favourite of the tabloid rumour mill. Rihanna, Rita Ora, Barbara Palvin, Sofia Ritchie, Nicki Minaj and Winnie Harlow have all reportedly dated Hamilton over his years in Formula One.

Having been a vegan since 2017, Hamilton has claimed it has helped his energy levels and made him a more consistent driver. That consistency has been reflected in his near-permanent status as the live betting favourite.

Hamilton has cited animal welfare and looking after his body as the main reasons for going vegan.

Many high-profile athletes have switched to a plant-based diet to help them stay in peak condition. He has also said that veganism is the "only way to truly save our planet".

? "Lewis has been a part of our Mercedes family for over 20 years now. He joined us as an incredible karting talent; today, he's one of the best drivers of all times." ❤️

A word on @LewisHamilton from the big boss ? pic.twitter.com/t6DbtPtAaT

How old is Lewis Hamilton?

Lewis Hamilton is 35 years old. He will celebrate his 36th birthday in January 2021 and could become one of the oldest champions in Formula One history.

How tall is Lewis Hamilton?

Lewis Hamilton is 1.74 metres tall. That converts to 5’7 – the same height as Lionel Messi and Donald Bradman.

Where does Lewis Hamilton live?

Originally from Stevenage, Lewis Hamilton has a number of properties. Like the majority of Formula One drivers, he lives in Monte Carlo, but according to an article from 2019, he also has homes in New York, Kensington and Geneva.

Who does Lewis Hamilton drive for?

Lewis Hamilton drives for Mercedes and has done so since the 2013 season. He came through the youth levels with McLaren and drove his first six Formula One seasons with the team but departed when they were unable to give him a title challenging car.

Hamilton is thought to have a salary of around £40 million and his net worth is over £200 million. He’s in the process of negotiating a new contract with Mercedes for 2021.