888sport speak exclusively to Louis Saha about his former clubs - and the Frenchman says Harry Kane is the perfect fit for Manchester United! 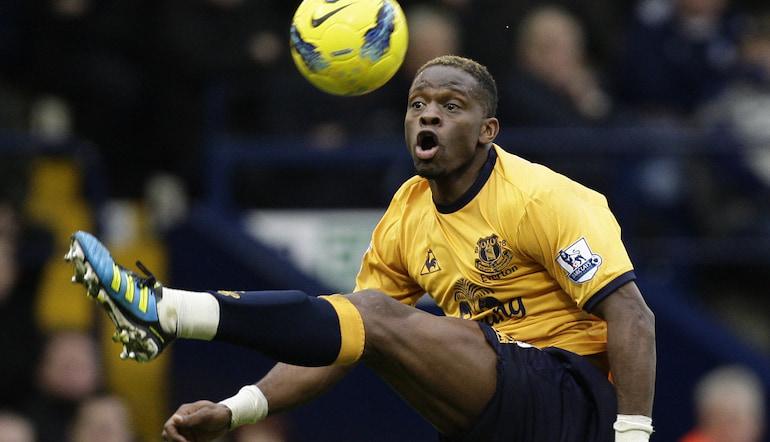 Speaking exclusively to football betting giants 888sport, the two-time Premier League champion even goes as far as to suggest it is a big-money move the player deserves.

“When you have the quality of Harry you need the trophies to represent that. I think the guy deserves pictures of him lifting trophies that will come to symbolize what he has achieved as a player.

"Harry can love his club and be attached to it but ultimately he must want a team that can compete to win things. He’s the type of player who deserves that and needs a club that provides this platform.

"That’s at Man United. He is 27 and has at least another five years on top form. He’s a guaranteed striker who can get you 30 goals and give plenty of assists to other players.

"I see this as a perfect fit because he’s the perfect player, though maybe the money isn’t perfect. It would be a massive fee but if you want to win the Premier League you need players like Harry.”

If the likeable and engaging 42-year-old is candid about Kane’s future he is less inclined to name anyone else who might be on United’s radar this summer, though as one of the most successful clubs in England the Red Devils are likely to invest heavily.

That’s because, for Saha, their priority as they seek to challenge for major silverware next season is not ‘new players in each position’ but to improve on the mentality within the squad. This, he says, must start at the back.

“They need the confidence from having a great defence. That’s what wins you championships. They need to be hard to beat and from that you gain the consistency you need through a season.

"So you may not play well but you have the talent of players to ensure you win games that you should lose. Many times, Liverpool and Manchester City have done this and it’s what United need to get back to doing.

"Back in the day we did that a lot. We didn’t play well but won because we had that foundation. This is very important but important as well is the right mentality. They need more spirit and aggression.”

Let Pogba Do His Job!

It could be argued that consistency and applying the ‘right mentality’ are areas where Paul Pogba has notably fallen short for several seasons now, ever since his return to England in fact.

How does Saha view his fellow countryman and the role he might yet have to play as United attempt to usurp their rivals from across the city?

“Pogba is hugely important but when you look at the quality of the player, yes, of course he could have a better impact. He needs a better pre-season and fewer injuries and more focus and then we could have an amazing player.

"Some people say he can leave and he has already expressed that desire a number of times with his agent talking to the papers. Yet he’s still here so why all the talking?

"Six months ago his agent said these things but he’s still here so it was all so unnecessary. It put Paul Pogba in trouble and I don’t like that. Just let him do his job, like his team-mates who aren’t in the papers all the time.”

If new signings on the pitch aren’t a key concern for United right now, a possible appointment off it might be a very welcome tonic as the club looks to replace their departing executive vice-chairman Ed Woodward amidst much European Super League controversy.

Rumour has it that man could be their former keeper Edwin Van der Sar and with Saha having played alongside the towering Dutchman at two different clubs we can think of no-one better to offer up an inside scoop.

With Woodward going, the ideal choice to replace him is Edwin van der Sar. Experienced football figure, eminently qualified (did a masters degree in sports and brand management), chief exec at a great European club, appreciates paying fans, played for #mufc and objective.

“I love Edwin. I loved him when he was a team-mate of mine at Fulham and later at United and I’ve seen what he’s done at Ajax. I couldn’t love the guy more.

"He has always been advanced; always forward-thinking. As a player he always reassured me because here was someone who wouldn’t take a light decision and he is still the same today.

"I’m not trying to give him publicity and don’t need to because what he’s done throughout his career speaks for itself. He is top drawer and would definitely have the humility to ask advice from David Gill or Sir Alex Ferguson so for me he would be a perfect fit at United.

"He has the same kind of philosophy as Ole. Both guys can look at others in the face and say what they think but at the same time they are humble.”

At Old Trafford the pair hoovered up trophies at an impressive rate but at Fulham too they enjoyed relative success, as the Cottagers firmly established themselves in the top-flight.

It is a status currently very much at risk according to Premier League betting, with Fulham seemingly doomed to the drop under Scott Parker - again an ex-team-mate of Saha’s.

How does he rate their chances of survival just twelve months after gaining promotion and what does he most attribute to their struggles this term?

“They’ve had a lot of bad luck by playing okay but conceding in the last minute or not killing games off. It’s been difficult.

"Scott has done a good job with what he has. Every club has missed the fans but especially Fulham because they have a family aspect and the aggressiveness of the fans is helpful.

"With other clubs sometimes the aggressiveness is overwhelming and too much but at Fulham it’s needed for balance. They are so important and drive the team that extra mile. When I’ve seen Fulham they’ve been nice but not aggressive enough.”

Switching our attention across the capital to another of Saha’s clubs, we find Spurs minus a permanent manager after firing an individual who nobody could ever say is ‘nice but not aggressive enough’.

Were they right to do this at the business end of their season?

“Sacking Mourinho so close to a final surprised me but sometimes it can put some electricity into a club and make the players feel lighter.

"It might create less pressure and be less counter-productive for the team because of the way Mourinho approaches some games. Maybe the important players had too much weight on their shoulders?”

Lastly, we turn to international matters as Euro 2020 hones into view and it’s little surprise that Saha is backing his home nation to go all the way, with a squad filled to the brim with superstars.

Impressed too however with the steady progress made by the Three Lions under Gareth Southgate, the former hit-man who made England his home for 14 years, suspects that a conflict of interests may await him.

“France are my favourites for the Euros because they have the same mentality when they play; the same organization; the same drive. They have the best striker in the world in Mbappe, especially for counter-attacking. He is unbelievable.

"I do think France vs England is a possibility for the final.”

Who will win the Premier League Golden Boot?

I would love to see PSG win it.

Who will win the Euros?

Football Interview
About the Author
By
888sport