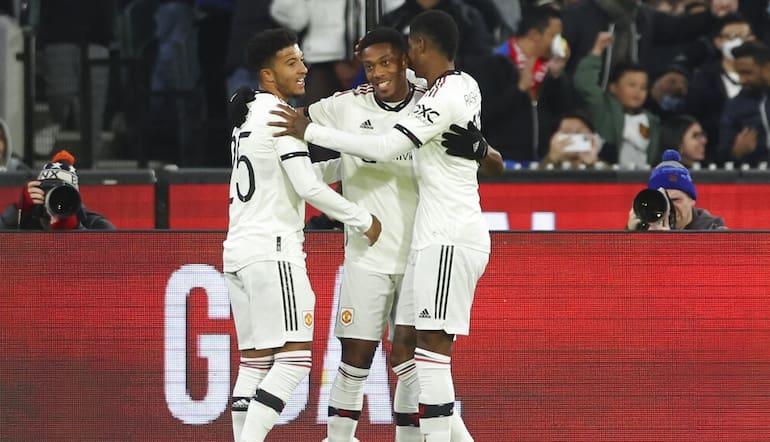 Aston Villa stunned Manchester United at the weekend, ending their unbeaten streak. Unai Emery will hope to work his magic again as his Villains head to Old Trafford on Thursday night as 17/4 football betting underdogs.

Erik ten Hag knows that silverware can ease the pressure at Old Trafford. The top four is their priority, and a Europa League tie with Barcelona has been added to the calendar, but bringing some hardware to the Old Trafford trophy cabinet would make a huge difference to the perception of ten Hag’s first season in charge.

Antony and Jadon Sancho are both doubts for the hosts. Raphael Varane, Axel Tuanzebe and Brandon Williams remain sidelined. Emery obviously has bigger fish to fry than the League Cup, but getting a result here after their win at the weekend really would be a dream start. Most of the squad can rest during the World Cup break, so we can anticipate a strong team from the former Arsenal manager on Thursday night.

Ten Hag, in contrast, will leave out a lot of first-teamers after a hectic few weeks. Anthony Martial, Donny van de Beek and Anthony Elanga should all get the nod to start, while Casemiro will probably get the evening off. Martial is the favourite to score anytime among the expected XI at 11/8.

Result-wise, it is difficult to look past United even after their slip up at Villa Park. The 3/10 on the hosts to qualify is too short, however, so let’s take United to win and both teams to score at 9/4. Villa’s attack has already shown us it can create chances in this matchup.

It is hard to know what to make of Erik ten Hag’s Manchester United tenure at this juncture. Their results were good for a period, but the expected goals numbers have always been subpar. Is this a team exceeding expectation? Or simply a work in progress having to play through some growing pains?

Ten Hag has the pedigree, of course, but there is still plenty to prove as Red Devils boss. This weekend brings a difficult fixture for United too, with Fulham having already pushed several of their fellow ‘big six’ teams hard, including a draw with Liverpool at Craven Cottage to open the campaign.

United are 17/20 sports betting favourites for their duel with Fulham. Marco Silva’s team are a much tidier side than previous Fulham teams which have struggled in the Premier League, and the attack has some punch in the shape of Aleksandar Mitrovic, though it is unclear if the Serbian will be fit for this match after sitting out the last-minute loss to Manchester City a week ago.

Take out the win over Sheriff Tiraspol, and Manchester United have scored seven goals in seven matches (prior to Thursday’s League Cup clash with Aston Villa). Marcus Rashford has looked a much better player under Ten Hag than he has for a year or so, yet this is still a team that often looks short on idea in possession. Fulham are not exactly Tony Pulis’ Stoke, but they have absorbed pressure at times this season and frustrated supposedly superior opposition.

The fitness of Mitrovic is a massive factor for bettors as they weigh up their wagers for this one. If the Serbian is available, Fulham to win or draw has serious value at 10/11.

Bet on Manchester United at 888Sport

Find all the Manchester United odds for the 2022-23 season at 888Sport. Erik ten Hag’s first season in charge at Old Trafford brings fresh expectation, and eyes will be on the latest Manchester United betting throughout the campaign.

Will Cristiano Ronaldo opt to stay and power the Red Devils to a top four finish? Could United collect their first silverware since the 2016-17 campaign?

888Sport has you covered for everything from goalscorer wagers to Manchester United outright betting markets.

Manchester United outright betting firmly places them fifth in Premier League winner odds – the Red Devils have a preseason price of 25/1, well behind Chelsea at 13/1 and Tottenham at 14s.

Erik ten Hag is clearly ambitious, but a title push is well out of the Red Devils’ reach this season.

Being a top four team would be a success after a woeful 2021-22 campaign. United are as long as 17/10 for such a finish, residing at longer odds than Chelsea, Tottenham and Arsenal. They are, however, in at 2/5 for a top six finish.

When it comes to player outright betting, Cristiano Ronaldo’s 14/1 is the shortest price in the Golden Boot market, while the Portuguese is also the club’s favourite to win PFA Player of the Year at 16/1.

Neither represent value given the uncertainty over Ronaldo’s future and his performances last season.

Ten Hag may look to the cups as a chance to get some early silverware under his belt, and bookies consider United a solid candidate to lift the EFL Cup or FA Cup this term.

Ending their relative trophy drought would be a strong start to ten Hag’s Old Trafford tenure. 888Sport will be covering Manchester United predictions and picks here throughout the 2022-23 season.