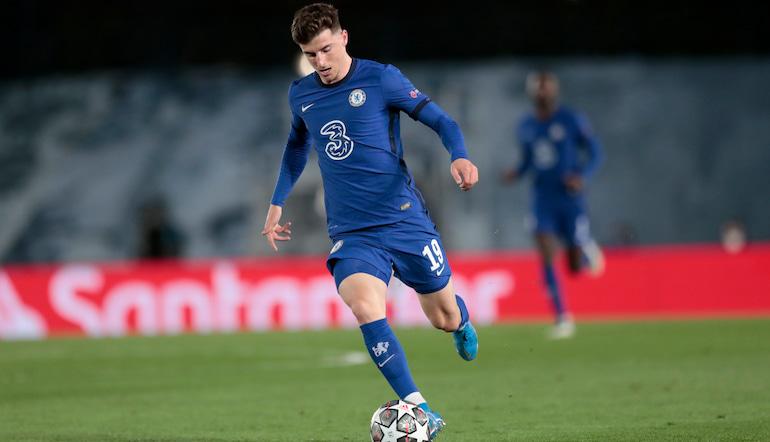 Mason Mount is widely regarded as one of the most exciting talents in the Premier League right now and he has been key to Chelsea’s success this campaign.

A pillar of consistency at the heart of Chelsea’s midfield, Mason Mount injury history is clear compared to many of his counterparts.

Here, we profile Mason Mount net worth and salary figures, looking at Mount injury history, his life away from football and Mason Mount Instagram account news.

How Much Is Mason Mount Worth?

According to figures obtained by Spotrac, Mason Mount earns £4.6 million per year at Chelsea, which equates to around £90,000 per week.

Given Mount’s influence this campaign, the Blues star – arguably Chelsea’s player of the year – is likely to receive a significant pay rise in the coming months.

To put Mason Mount salary figures into perspective, teammate Christian Pulisic is earning £158,000 per week though Mount is more influential at Stamford Bridge.

In comparison, Pulisic has scored four goals and recorded one assist in 25 Premier League matches compared to Mount’s tally of six goals and five assists in 34 league games.

Likely to be a major player in sports betting odds for years to come, Mount salary figures are likely to rise to be in line with his peers in the not-so-distant future.

Mount joined the Chelsea youth setup when he was just six years old and he was always touted as a potential superstar at Stamford Bridge.

He made his under-18 debut when he was just 15 years old, which shows just how highly regarded Mount was at the club. Loan spells at Vitesse and Derby have only enhanced his talent.

The Chelsea star has time on his side and Blues fans will be hoping that Mount grows old at Stamford Bridge – the club may need to tie him down to an extended contract.

So, if ‘How old is Mason Mount?’ crops up on the next pub quiz, you will have a guaranteed point on your quiz card.

Mason Mount wears the number 19 shirt at Chelsea and his jersey is a popular choice on the Stamford Bridge terraces.

Mount first wore the number 19 during his time at Vitesse, with the Chelsea man revealing he selected 19 after his initial choice of 10 was already snapped up.

Since then, Mount has grown to love the number though he managed to snag the number 8 shirt at Derby County during his brief spell at Pride Park.

As is the case with international football, there is no official Mason Mount England number but he will star in Euro 2020 predictions, especially if taking the number 8 starting role.

According to the Daily Express, Chelsea is dating singer Chloe Wealleans-Watts. A quick look online shows Wealleans-Watts is one third of girl band 303.

For those wanting to look at Mason Mount’s girlfriend Instagram, her bio reveals she is also a model and is represented by well-known management agency Storm.

The report suggests that Mason and Chloe met while on holiday in Dubai in 2017 and the two have been dating since.

Mount and Wealleans-Watts have not posted any images together on social media though, which has led to speculation that the couple have now gone their separate ways.

In addition, Mason has unfollowed Chloe on the platform and it would seem that, based on Mount Instagram activity, the Chelsea man is single.

Previously, Wealleans-Watts had posted images of her and her family watching Chelsea at Stamford Bridge – which further fuelled the Mason Mount girlfriend rumours.

If you’re playing FIFA 21 career mode, Mason Mount is an absolute must sign. One of the most talented young football players in the world, Mount has the potential to improve in just a couple of seasons.

He ticks all the right boxes to build a career squad around and he should be your top target to sign in the initial transfer window.

Meanwhile, Mount is also worth targeting on FIFA 21 Ultimate Team. Often playing his way into the FIFA 21 Team of the Week, there are plenty of limited edition Mount cards that avid gamers can acquire.

Mount himself is a big FIFA 21 fan and he is reportedly one of the best players at the club when it comes to the famous video game franchise.

As with most modern players, Mason Mount is popular on Instagram. With 2.1 million followers and counting, Mount Instagram figures are huge compared to the average Joe.

His involvement for England this summer and a scan of the Euro 2020 TV schedule suggests that Mount’s Instagram will be seeing another increase in followers in the coming months.

Mason Mount injury news could be the key to backing Chelsea to win or not – that is how important the England midfielder is to Thomas Tuchel’s side.

According to Transfermarkt, Mount is yet to miss a Chelsea fixture due to injury. In fact, he has suffered just three injuries during his career; all three were ankle setbacks.

You can find out whether Mason Mount is injured or not via Chelsea news articles, Thomas Tuchel press conferences or even via 888sport football previews.