The Barcelona legend has left Camp Nou for Paris Saint-Germain after an incredibly successful career in Spain - how will Messi leaving Barca impact the Catalonia club? 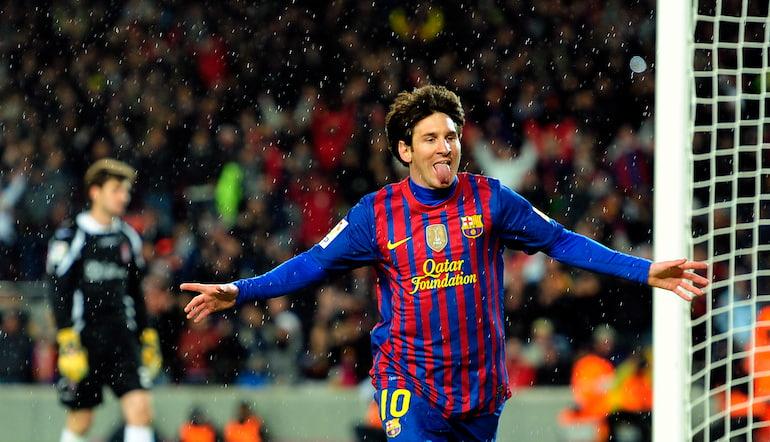 It doesn’t take a betting on football expert to know about Lionel Messi’s transfer status. The Argentine magician is unquestionably one of the three greatest footballers of all-time, and many would give him the label of ‘GOAT’.

La Liga betting has swung on Messi throughout the last decade-plus.

Since breaking into the Barcelona team as a teenager, Messi has collected hardware for both individual and team honours, and provided some of the greatest individual performances in the history of the sport.

The result has been vast individual wealth and an array of trophies for his club. Where others have changed clubs frequently, Messi has remained loyal to Barcelona.

That appeared to be changing at the start of the 2020/21 season, however. Messi reportedly wanted out. Barcelona have been in disarray.

It was an unprecedented chance for Europe’s biggest clubs to try and sign the Argentine, who had never been even close to available in the past.

Messi’s future is set to be a hot topic again this summer. Barcelona’s financial situation is challenging (to put it kindly).

Widely regarded as the greatest footballer of all-time, Messi will go down in history as a Camp Nou legend and Spanish football fans will miss him dearly.

Lionel Messi has the biggest weekly wage in football history. A quick Google search suggests it’s in the region of 70 million Euros per week, though this figure isn’t universally agreed.

As with most successful sportspeople, Messi gains millions in extra revenue through endorsements and bonuses.

Football (unlike some other sports) isn’t entirely open about club finances, and this means the specific details of Messi’s weekly wage are not publicly known.

If Messi is to leave Barcelona, a club will need to agree to a never-seen-before contract. It will require a long-term deal, and likely a lot of power in the hands of Messi and his agent.

Already deep into his thirties, being able to choose when he leaves – and where to - is probably a key factor in any new Messi contract.

Rumours of an exit last summer were largely down to club politics and Barcelona’s waning position on the pitch. Many transfers have gone wrong.

Barcelona’s financial situation has seen them fall from European football’s inner circle of Champions League challengers, and with only a handful of seasons left at the top of the game, Messi clearly wants to play for a club with realistic Champions League ambitions.

Being among the La Liga top scorers has been a guarantee for Lionel Messi at Barcelona. His stats in the iconic blue and garnet of the Catalan giants are unmatched.

While the rivalry with Cristiano Ronaldo was talked up for several years, Messi’s statistical production has always been far clear of anyone else given his talents as both a scorer and creator.

Messi is Barcelona’s all-time leader in appearances with 778, putting him just ahead of his former teammates Xavi and Andres Iniesta. Sergio Busquets, Carles Puyol and Gerard Pique follow in the appearance rankings.

It is a wild understatement to simply name Messi as Barcelona’s top scorer. His total of 709 goals is more than 300 ahead of anyone else.

His extraordinary 2012, in which he scored 91 competitive goals, is the best goal scoring season in the history of the sport.

The 120 goals in the Champions League is 95 more than anyone else for the club. He’s the all-time leader in group stage goals, too.

Messi, of course, has won the Ballon d’Or on six occasions. This, once again, is a record, as he’s just ahead of Cristiano Ronaldo (five).

He has been a runner-up in the voting five times, too, all of which came behind Ronaldo. Other than the pair of 21st century icons, no one else has won the award more than thrice.

While it won’t carry a record-breaking fee, any Lionel Messi move this summer will immediately become one of the biggest La Liga transfers.

The majority of Messi next club odds point in one direction: Paris Saint-Germain.

The French club were the red hot favourites to sign Messi and did just that, acquiring the Argentinian on a lucrative contract that makes him one of the best paid players in football.

Beyond that, though, things open up significantly with clubs like Inter, Chelsea, Liverpool and Juventus all sitting at much longer prices in Lionel Messi next club betting.

Much has changed at Barcelona since last summer. While issues remain, Messi’s future is less of an uncertainty. As of July 7th, rumours about a potential Messi transfer are hard to find. Barcelona appear to be prioritising his new contract.

His future will be on his terms. He’s earned the right to choose where he plays, but for now at least, it seems like he’s happy enough to remain at Barcelona, particularly with the club investing in elite talents around him like Memphis Depay and Sergio Aguero.

Looking for value in Messi next club odds is challenging. Things can change quickly in football, but for Messi to leave Barcelona this summer, it will have to be a dramatic turnaround from where things are right now.

Then there’s the small matter of his salary elsewhere. Financial Fairplay is barely a factor any more, but there’s still only a tiny group of clubs who would even consider stumping up the required cash to land Messi.

Speculation about MLS is rife, though that feels like it’s at least a couple of seasons away. Messi remains one of the very best players in world football.

After scoring 30 and assisting nine in La Liga in 2020/21, Barcelona will miss Messi dearly but La Blaugrana can still build a strong squad for the upcoming campaign.