Most England Goals: Which Players Have Scored The Most Goals For The Three Lions?

Which player has scored the most goals for England? We look at the England top goal scorer standings but who is the Three Lions top marksman? 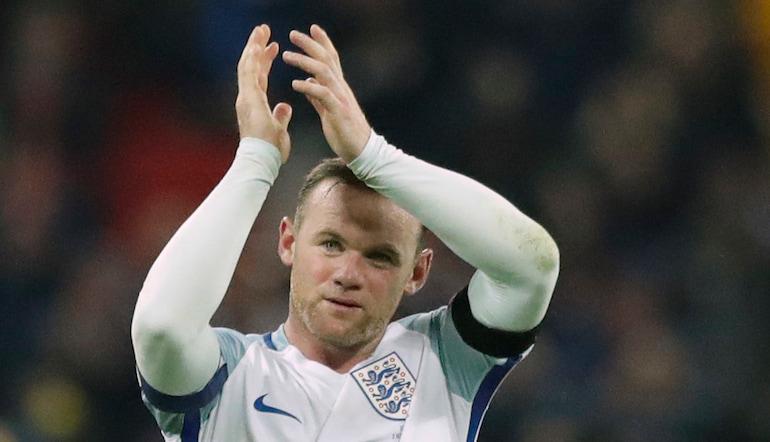 England have disappointed many of their fans who bet on football over the years.

Still with just one major trophy, penalty heartache and underwhelming knockout displays have been a staple for the Three Lions faithful.

There has been joy mixed in, though. These 10 goal scorers have provided plenty of moments to celebrate for England fans…

With 106 appearances for his country, Frank Lampard is seventh in the ranking of the most England caps. The best goal scoring midfielder of his generation, Lampard’s 29 goals for his country is a solid return by his standards.

With an ever-changing role, Lampard was not quite the same goal threat in England colours as he was for Chelsea.

Unfortunately for England fans, Lampard’s international career is best remembered for what could have been with the goal that wasn’t against Germany in 2010.

Playing for England between 1946 and 1958, Tom Finney had the earliest career of any player on this list. Throughout his playing days and into his retirement, Finney drew plaudits from many of the sport’s greats.

A book could be written on the compliments sent Finney’s way, and it would read like a Hall of Fame. Stanley Matthews cited Diego Maradona.

Bill Shankly deemed Finney the ‘greatest to play the game’, and offered this brilliant quoute, "Aye, he's as good as Tommy – but then Tommy's nearly 60 now".

The first player to win FWA Footballer of the Year twice, Finney was a dominant force in his era. He remains one of England’s all-time greats.

The all-time leader in Premier League goals was every bit as impactful for England. Alan Shearer took just 63 caps to score his 30 international goals before prematurely calling time on his England career.

Despite a relatively short spell on the international stage, Shearer scored eight goals in major tournaments, including a brace in the magical win over the Netherlands at Euro 96.

Fitting the archetype of an English centre forward, Shearer’s Three Lions career should not be underrated.

Scoring his 30 goals for England in 33 caps, Nat Lofthouse’s 0.91 goals per game ratio is the best of these players. Lofthouse was a one-club man, spending all his career in Lancashire with Bolton.

The last of his 30 goals came in a 5-0 demolition of the Soviet Union in a 1958 friendly. He played another couple of seasons with Bolton, however, registering over 450 appearances for the Wanderers.

Bolton unveiled a statue outside their stadium for Lofthouse in 2013 just three days before what would have been his 88th birthday.

Already at the centre of discussions about the best Premier League strikers, Harry Kane has 38 goals in 61 caps. He’s got a World Cup Golden Boot, and he’s led England to their first major final since 1966.

Kane will continue to climb this list for years to come. Barring injury or an unexpected drop off in form, he should be top of the pile by the time he hangs up his boots.

It’s a long time since Michael Owen was lighting up Premier League odds. When Owen was terrorising Argentina in 1998, he looked destined to score 50 or more international goals.

Injuries sadly derailed his career, though, with the ACL tear suffered at the 2006 World Cup effectively ending his international career.

Owen returned to play for England in 2007, scoring three times in Euro 2008 qualification, but the injuries kept coming. The former Liverpool striker made his final appearance as a substitute in March 2008.

Scoring his 44 goals in 57 caps, Jimmy Greaves carried over his prolific club form to the international stage.

Possessing supreme close control to dribble past defenders, Greaves was the ultimate poacher for club and country. He paired positional awareness with ice-in-his-veins finishing, rarely missing a goal scoring opportunity.

Despite playing in all of England’s group games in 1966, Greaves’ international career is ultimately in the shadow of Geoff Hurst’s final heroics. His record speaks for itself, though.

England haven’t produced many forwards with as much natural talent as Greaves.

His England career ended in acrimonious fashion, and had plenty of heartbreak, but Gary Lineker was ever reliable for his country. Upon his retirement, he was just one goal shy of Bobby Charlton’s record.

With a World Cup Golden Boot to his name, Lineker enjoyed immense personal success in tournament football, but a fourth-placed finish and that loss to Argentina in 1986 meant the Match of the Day presenter never reached a major final.

Retiring as the all-time leader in caps and goals, Bobby Charlton did it all at the international level. He scored twice on England’s route to the 1966 final, and kept Franz Beckenbauer quiet in the showpiece at Wembley.

Charlton also played a pivotal role in 10 British Home Championship wins. His role in the World Cup triumph and stupendous form for Manchester United resulted in a Ballon d’Or win in 1966, joining the World Cup Golden Ball in his trophy cabinet.

Many would still name Charlton as England’s greatest ever player.

Starring through a period of perennial underachievement, Wayne Rooney was singled out for criticism for much of his England career.

Much of that was unfair. It is fair, though, to note how Rooney’s form for England was often short of his standards for Manchester United.

Some of that is down to the general dysfunction of the England team, and some can be attributed to sheer fatigue after long, energy-draining club seasons.

Wayne Rooney net worth has always been a topic of discussion with his countless massive contracts. As record goal scorer for England and Manchester United, it’s fair to say he will remain in the spotlight for years to come.