Cristiano Ronaldo has equalled Ali Daei's world record for the most international goals. Here are the 10 highest scorers in the history of international football... 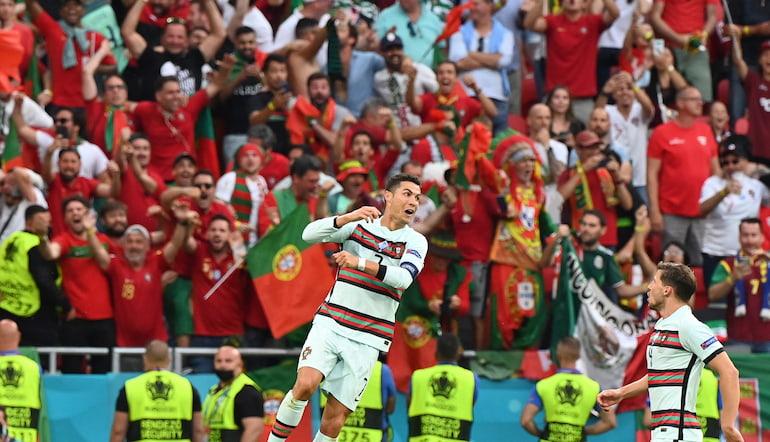 Ali Daei was a prolific goal scorer during his professional career, notching over 130 goals in a glittering career.

Undoubtedly the greatest Iranian footballer of all-time, Daei also holds the all-time record for most international goals in the world with 109 goals in 149 appearances for Iran.

Despite retiring in 2006, nobody has come close to emulating Ali Daei when it comes to the international stage… until now. Sports betting fans, you almost certainly know who we're talking about...

Most Goals In International Football:

Five-time Ballon d’Or winner Cristiano Ronaldo has Daei’s record in his sights and it wouldn’t be a huge surprise to see the Portugal star break the record at Euro 2020.

A key figure in football betting for the best part of 15 years, Ronaldo looks likely to add the most international goals record to his outstanding CV.

Without further ado, we look at the highest goal scorers in international football – could one of today’s stars rival Ronaldo and Daei for the most international goals in the future?

If you think of Hungary in the 1950s, chances are Ferenc Puskas is the first player to spring to mind. While that may be, Sandor Kocsis was the nation’s chief goal scorer.

His international career lasted just eight years but the former Barcelona striker notched an outstanding 75 goals in 68 appearances for Hungary.

Puskas was the driving force for the Magyars during the period but Kocsis was the main beneficiary from his brilliance and he deserves his spot on any most international goals list.

Lionel Messi sneaks into the top 10 but the Ballon d'Or legend is likely to climb this list in the coming years - particularly as Argentina are starting to challenge in South America again.

Arguably the greatest footballer of all-time, football fans will be following Messi's journey throughout the remainder of his career and he could yet have another major impact on the international stage before hanging up his boots.

Next on the list is Ali Mabkhout. At just 30 years old, the Al Jazira legend is a lethal finisher and is one of the biggest names in Emirati football history.

With 76 goals in 92 caps, Mabkhout sits at the top of the most international goals rankings for the United Arab Emirates.

According to the latest figures, he isn’t showing any signs of slowing down – Mabkhout has scored 11 goals in seven international appearances in 2021.

You don’t need to be a football prediction expert to know who Pele is. One of the greatest players to step onto a football pitch, Pele is an iconic figure in the sport.

While there is some uncertainty over his club goals tally, Pele is seventh on the all-time international goal scorer list – and he is the top scoring Brazilian.

77 goals in 92 appearances is an incredible feat. Throw three World Cups into the mix and Pele is arguably the most important player in Brazilian football history.

Iraq aren’t exactly renowned for their footballing ability but Hussein Saeed was an exception to that rule and he holds the record for most international goals for his country.

The forward bagged 78 goals in a glittering international career, representing Iraq at the 1986 World Cup as well as three Olympic Games.

His goals per game ratio isn’t quite as good as some of the others but his longevity and consistency for Iraq puts him on the highest international goal scorer list.

He tried his hand at management after announcing his retirement, taking charge of Kabwe Warriors for the best part of 10 years before earning a shot at the Zambia job.

Sadly, he suffered a tragic end along with the rest of the Zambia squad in the 1993 Zambian Air Disaster – Chitalu is regarded as the greatest Zambian footballer of all-time.

Like Pele, Ferenc Puskas has gone down in history as a legend of the game – he was the main man for Hungary during their Magical Magyars era in the 1950s.

One of the most influential footballers of all-time, Puskas is fourth on the top international goal scorers charts with 84 goals in 85 appearances for Hungary.

Towards the end of his career, Puskas played for the Spanish national football team but he failed to score in four caps – though most will remember him for his exploits at Hungary.

Mokhtar Dahari is the closest player to Ali Daei and Cristiano Ronaldo but the Malaysian legend is 11 goals shy of the century mark.

However, his return of 89 goals in 142 caps makes him the third highest scoring player in international football history – much to the delight of Malaysia fans.

With a career spanning 13 years, Dahari is widely regarded one of the greatest footballers to play outside of Europe and South America.

This man needs no introduction. Cristiano Ronaldo is arguably the greatest player of all-time and the Portugal top scorer is clear with the most international goals for his country.

He has been chasing the Ali Daei goals record for a while now but the five-time Ballon d’Or winner looks destined to surpass the Iran legend sooner rather than later - Euro 2021 predictions expect the Portuguese star to score plenty of goals this summer...

Ronaldo has been there and done it all for club and country and the international goals world record will cement his status alongside Lionel Messi as the greatest players in football history.

Ali Daei has held the world record for most international goals for almost two decades and the Iranian will be forever remembered in the annals of football history.

With 109 goals in 149 Iran appearances, Daei is some way clear of his compatriots as the top Iran scorer of all-time but he will slip down to second in the all-time rankings behind Ronaldo.

While he did enjoy some success at club level, Daei is known predominantly for his record with Iran – and that is hardly surprising given he has been the all-time leading goal scorer in international football.

Football Tips
International Football
About the Author
By
Alex McMahon