NBA Referee Salary - How Much Do NBA Refs Make?

What is the average NBA referee salary per year? How much do NBA refs make in a season? Who is the top paid NBA referee? We tackle the topic of NBA referee wages... 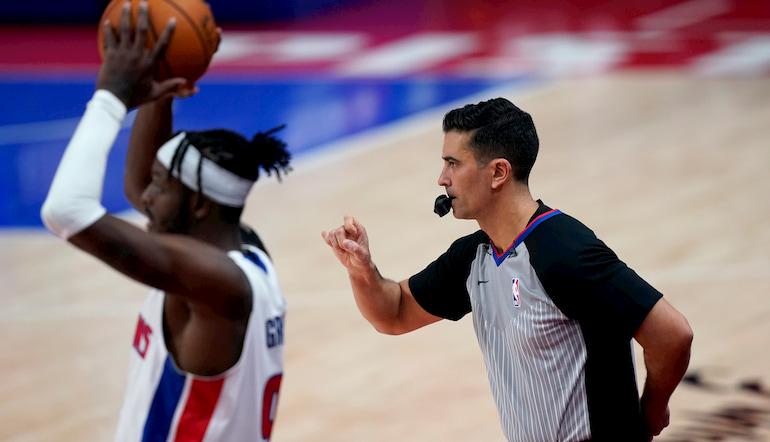 The most famous NBA referees are as recognisable as many players. Their tendencies and past decisions will play a part in NBA betting decisions.

Like in any elite sport, the job of officiating at the highest level is intense. It’s an unforgiving environment, a role that attracts far more criticism than praise.

NBA referees get greater respect than Premier League officials, for instance, but it’s still an incredibly difficult job, with each and every decision analysed from hundreds of angles.

Those who frequently focus on the NBA when they bet online will be familiar with many of the league’s high-profile referees.

Given the tens of millions earned per year by the star players, it’s inevitable to wonder how the officials are compensated for taking charge of such high-pressure games.

In this article, we’ll look into the life of NBA referee from salary to in-game responsibilities.

How Much Are NBA Referees Paid?

That’s plenty to be living on, of course, but it’s far below the minimum NBA salary. Even rookies cannot be paid less than $898,310 per the NBA’s Collective Bargaining Agreement.

This number increases incrementally depending on service time. The majority of players are on far more than that, with several of the greatest NBA players pocketing north of $40 million per season.

The large range in NBA referee pay is down to the different statuses of officials. Entry level referees, who are effectively rookies, will be paid $600 per game they are involved in or around $250,000 if working full-time. 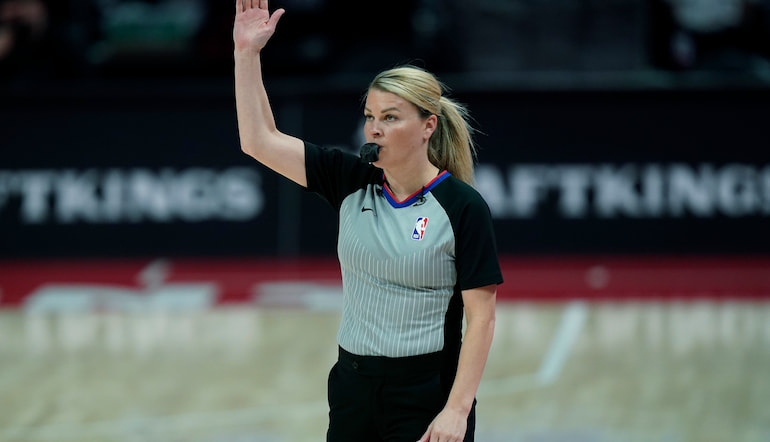 WNBA referees receive the lowest pay at $180,000 per year or $425 per game. This correlates with the chasm between NBA and WNBA player pay.

The top level of NBA referees is senior level. These officials must have three to five years of experience before they can reach such a distinction – once they are at that level, their pay explodes to $3,500 per game and an annual salary hovering around half a million dollars.

These referees are then eligible to officiate postseason games where they can earn up to $5,000 extra per game.

On top of these salaries, NBA referees also receive plenty of benefits including travel expenses, insurance and retirement plans. Officials are represented by the NBRA, the National Basketball Referees’ Association.

In the NBA, there’s one lead official who takes on the role of crew chief. They are accompanied by one referee and one umpire.

The umpire will take on a lot of play calling. According to the NBA website, the umpire is responsible for ‘basic mechanics including rotations, positioning and clock and team foul awareness’.

The umpire will have in-depth knowledge of all rules and will have the focus on the main action in the game.

The referee is going to have a broader view of the game. They are less responsible for straight forward foul calls on the ball, but will be looking for off-ball indiscretions like moving screens or paint violations.

Referees are described as the ‘glue’ of an officiating crew by the NBA’s website. 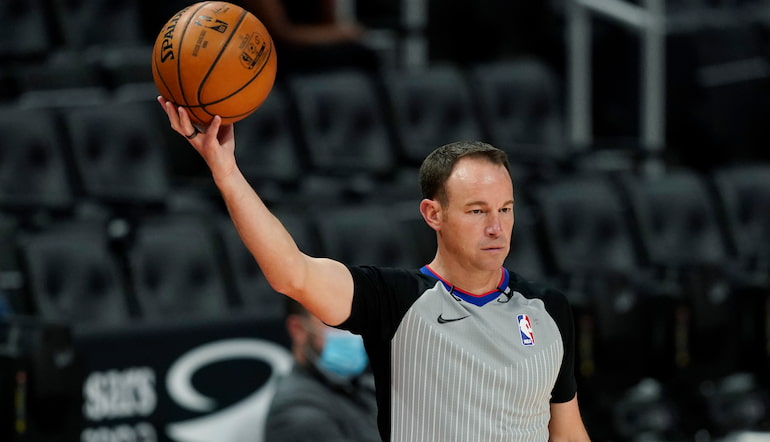 A good NBA referee will use their experience to have a sense of changing game state. This is both through noting basketball actions like hard fouls and being aware of a change in atmosphere or emotions.

The crew chief is the most experienced of the group. They are qualified and experienced to operate as a referee or umpire.

Crew chiefs will oversee the game more generally than the umpire or referee and will lead the officiating crew on and off the court – they will be at the forefront of major decisions.

All three NBA officials will come together on occasion to discuss decisions. They are also helped out by video.

Just like in the Premier League and NFL, the use of video replays and decision reviews has been controversial in the NBA. Many would argue they are used too frequently – a coach’s challenge was introduced for the 2019-20 season.

Most plays are reviewable in the NBA. Officiating crews will often congregate around a monitor to ponder a potential technical foul, get the game clock correct or decide who should have possession on an out of bounds play late in the game. 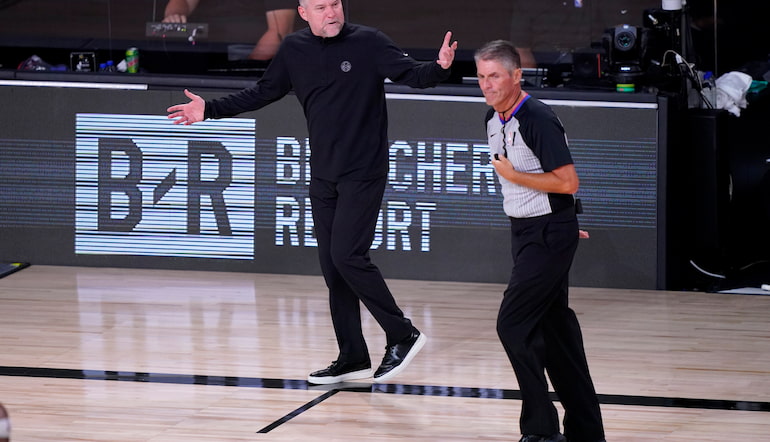 The coach’s challenge is not universally popular. NBA head coaches can call a timeout and challenge one play per game.

Peculiarly, they lose the challenge regardless of whether it is successful. In some instances, they will get the timeout back if the challenge ‘wins’.

Video replays have broadly helped NBA officials. Of course, there are still big calls that they get wrong, and these are often highlighted in the final two-minute report.

Scott Foster and Tony Brothers are two of the most famous active NBA referees. Both officials were used in the 2019 NBA Finals between the Lakers and Heat – it was Foster’s 13th NBA Finals assignment and Brothers’ 9th.

The most followed NBA players are familiar with Foster and Brothers. Past NBA stars had to deal with different NBA refereeing personalities, including Mike Mathis, who enjoyed a long refereeing career from 1976 through to 2001. Mathis officiated in 12 NBA Finals. 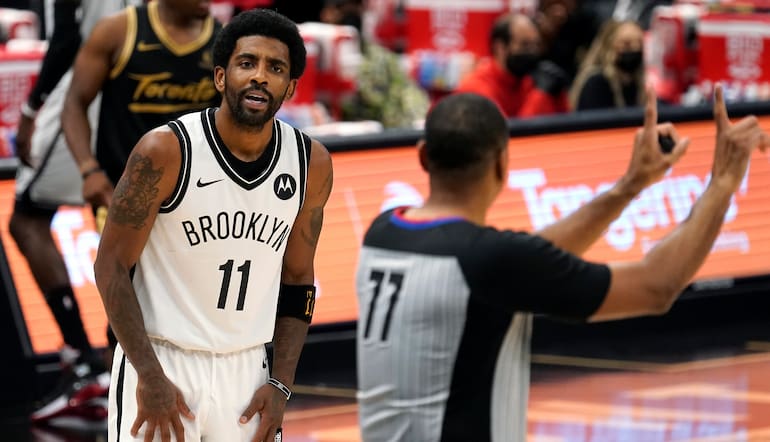 Monty McCutchen is a recognisable name for basketball fans, too. McCutchen is now working to train referees – he first officiated an NBA game in the 1993-94 season.