The Legacy Of Novak Djokovic: Tennis Hero Or Tennis Villain?

Will Novak Djokovic be remembered fondly or is his tennis legacy set to be forever tainted? 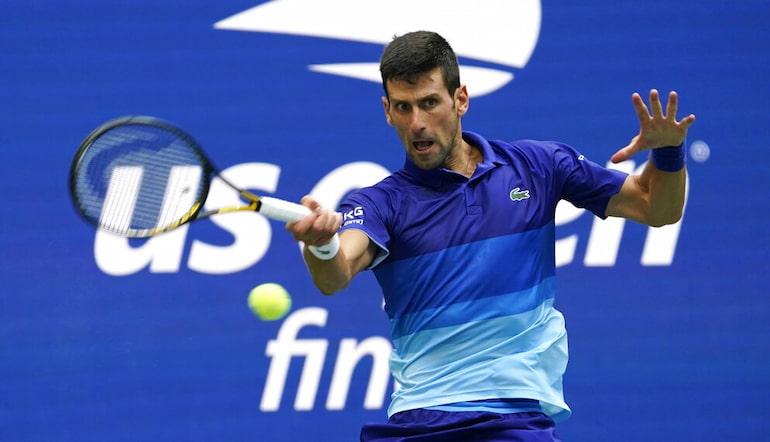 A winner of 21 Grand Slam singles titles and with the fifth-most titles in the Open Era, Novak Djokovic has been a perennial force in tennis betting for over a decade.

The Serbian has been outspoken, at times controversial, and played the role of pantomime villain, yet his standing in the sport cannot be talked down.

Almost unbeatable at the Australian Open and Wimbledon, Djokovic has grinded opponents down throughout the 2010s and the start of the 2020s.

He overcame surgery in the latter part of the last decade to re-establish his place atop the sport. When it comes to the greatest individual seasons in tennis history, the Belgrade native is in the discussion on more than one occasion.

Off-court decisions are clearly a part of Djokovic’s legacy, particularly over the last couple of years. It has restricted his chances at further sports betting success.

It has seen opinions formed on him as a person beyond his win-at-all-costs approach, and for many, it will be impossible to detach Djokovic’s views from his exploits on the court.

That is a situation many in tennis predictions and beyond face. People carry biases when debating sportspeople – that is the nature of sport, and the nature of human beings more generally.

Some will have always preferred Roger Federer, Rafa Nadal or Andy Murray over Djokovic. Some will have preferred all three. Others will have been banging the Djokovic GOAT drum long before he broke into the twenties in Grand Slam count.

Federer, Nadal, and Djokovic have won 62 of the last 75 Grand Slams.

The GOAT era of tennis 🐐 pic.twitter.com/GrtFLx2TID

Djokovic’s records across all surfaces (including two French Open wins) may well be the most impressive of the Big Three by the time he retires. His stints as world number one, his highest of peaks, can compete with any player in men’s tennis history.

Objectively, there will be a strong case for Djokovic as the greatest ever. Where Federer and Nadal are adored, though, Djokovic is admired and respected for his play.

Rarely do crowds show the same love for Djokovic as they do for his two Big Three foes. Part of that is personality. Part of it, perhaps, is a style of play less elegant than Federer and less eye-poppingly superhuman than Nadal.

What has made him such a serial winner is repeatability, immense consistency and, for the most part, durability. Those characteristics do not sweep up neutrals.

Djokovic isn’t Michael Jordan, nor is he Magic Johnson or Steph Curry. If Federer is Lionel Messi and Nadal is Cristiano Ronaldo (an overcooked comparison, admittedly), is Djokovic the odd one out?

His legacy is of sustained success, of a catalogue of records, but strengths of service returns and tracking down shots on the baseline do not lend themselves to highlight packages in the same way as Federer’s unparalleled elegance or even Nadal’s trademark grit.

Djokovic, of course, is a master of his art. His athleticism is freakish in its own way, and he is equally stubborn as a player and person.

His weaknesses are minimal. A skillset which adapts to different surfaces and a personality designed to cope with pressure has made him a winning machine.

A relentless winner is how Djokovic will be remembered. Yet, for all the astonishing records he will retire with, there will be considerable debate about his GOAT candidacy unless he blows Federer and Nadal out the water in the Grand Slam stakes.