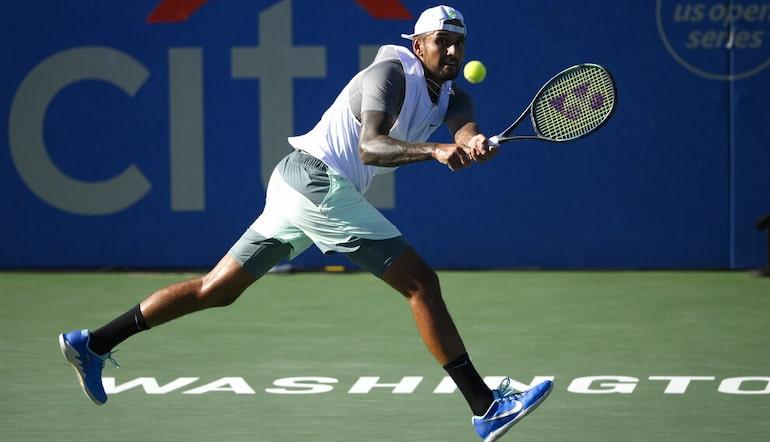 With Carlos Alcaraz and Rafael Nadal struggling towards the end of 2022, Novak Djokovic is once again the overwhelming favourite in Australian Open betting.

The Serbian enters the event with nine titles under his belt in Melbourne and coming off an emphatic performance at the year-ending ATP Finals.

Djokovic’s record on the hard courts is the best since the Second World War. When fit, it takes something special to beat the Belgrade native on his favoured surface.

There is a surge of young talent at the top of men’s tennis alongside Alcaraz, however, with several players eyeing the Australian Open as a chance to lay down a marker for 2023.

Behind the two Spaniards, Daniil Medvedev and the always controversial Nick Kyrgios, Jannik Skinner, Felix Auger-Aliassime, Casper Ruud, Stefanos Tsitsipas and Holger Rune are priced at shorter than 25s to win in Melbourne.

Medvedev has something to prove after an underwhelming 2022. Auger-Aliassime and Tsitsipas are yet to demonstrate they can consistently perform on the Grand Slam stage, with the latter falling at the first round of the US Open in 2022.

Outside of the top three or four, Skinner represents the best value at 12/1. He enjoyed some big-game experience last year, and has demonstrated he can compete hard with Alcaraz and Djokovic.

Djokovic is rightly seen as the man in possession of the hard-court crown even after a tumultuous 2022.

While no one player can be viewed as quite on his level yet, there is a substantial collection of talent with the ability to get the better of him on any given day. It will not be a procession for the Serbian like many previous Slams.

Iga Swiatek is the tennis betting favourite to win the Australian Open. Swiatek fell to Aryna Sabalenka at the semi-final stage of the WTA Finals before the latter lost to Caroline Garcia in the final.

Still world number one and coming off titles at Roland Garros and the US Open, Swiatek is clearly the woman to beat in Melbourne.

Behind the Pole, the market is wide open. No other player is shorter than 10/1 with 10 players priced between 10s and 20s. Ons Jabeur, runner-up to Swiatek at the 2022 US Open, is leading the chasing pack.

However, Jabeur’s hard-court form was poor aside from her run to the final in New York, with two losses in the WTA Finals group stage and a premature exit from the Jasmin Open.

There is bound to be some interest in Sabalenka after her performance to end the season. Again, form other than that was very patchy, but the upside is there with the Belarussian.

This event has not been Sabalenka’s favourite by any stretch, though, with a pair of fourth-round exits being her best efforts.

If Grand Slam pedigree is what you’re after, then Naomi Osaka is a name to consider. Osaka had a torrid end to 2022 with a string of disappointing results.

Starting afresh in 2023 could be what the two-time champion needs. The draw, however, could throw up some challenges given how far she has fallen in the rankings.

Swiatek is deservedly the heavy favourite, such is the inconsistency of her closest challengers. Garcia at 12s is a player to keep an eye on, though, after a semi-final appearance at the US Open, a win in Cincinnati and her Finals success.

Searching the tennis betting pages for the best odds can be tricky.

The best tennis tips are not going to be a surefire thing, but they can be a helpful place to find some expert betting advice ahead of a major tournament.

Whether looking for an underdog in the outright market or trying to find value on Rafa Nadal at Roland Garros, 888Sport has you covered with our tennis tips.

Bettors should take in all the information they can before placing a tennis wager.

For some, tennis betting predictions will seem straight forward.

Only a select group are in legitimate Grand Slam contention. Few have been able to topple Novak Djokovic and Rafael Nadal over the last decade or so.

Away from the big names, though, upsets are common in tennis. Tennis betting predictions require a blend of good fortune and expert insight.

Whether looking to read more about the fastest tennis serve or get some pointers for betting on the latest event, 888Sport’s tennis tips have you covered.

As a part of tennis betting tips, it’s always worth getting to grips with outright tennis predictions.

Betting outright is looking into the future and wagering on a tournament winner, number of titles won or on a player to reach a final. Bookies offer a variety of outright tennis betting options. 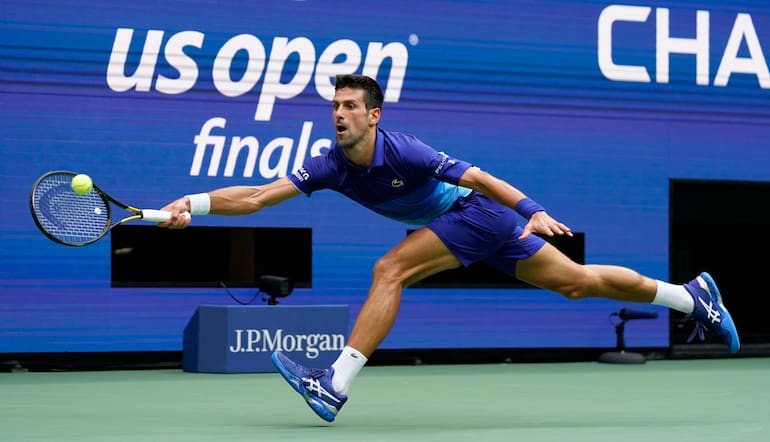 When it comes to Grand Slam betting, outright tennis predictions can look a long way in advance.

Wimbledon winner odds are available many months before the tournament takes place, and this can be a good way to find some value.

888Sport tennis tips will constantly be up to date with outright tennis predictions.

Tennis matches come thick and fast. Where other sports play weekly, tennis players endure an enormous workload throughout the year.

While the number of matches played by the best tennis players will vary, there are tennis predictions today available all year long.

Daily tennis tips are a must for sports bettors. Near enough everyday of the year there will be a match to bet on.

When it comes to Grand Slam time, tennis fans will be eyeing up multiple wagers per day to keep up with the condensed schedule.

Grand Slam tennis predictions are the highlight of the year.

Just as football fans are desperate for the Champions League final and cricket fans have their eyes on the Ashes, the four Grand Slams are the focal point of the tennis season.

Some will remember the longest tennis match. Others will be new to the sport.

Whatever your Grand Slam betting experience, it can’t hurt to take a glance at some Grand Slam tennis predictions before or during the tournament.

Bet on tennis today for the upcoming Grand Slam action. Outright tennis bets are available on the Grand Slams throughout the year.

The first Grand Slam of the season, Australian Open betting can set the tone for the year to come.

Playing in Melbourne is the chance to bounce back from a rough season. It can be the beginning of history as all-time greats chase glory.

For others, it has been a once in a lifetime opportunity. With some playing through rust, there have been some major tennis betting upsets at the Australian Open.

Australian Open predictions are on offer throughout the winter months.

Good form through the tournament can build into something more significant, and tennis betting trends from Melbourne are often indicative of matches to come.

French Open predictions are the culmination of the clay court season.

This is the only clay court Grand Slam, and an event that provides opportunity for players that may not be as competitive on the hard courts or grass.

It’s no secret that French Open betting has been all about Rafael Nadal for the past 15 years.

There’s far more for fans to get stuck into than Nadal’s dominance, however, and the women’s draw has frequently thrown up surprise winners.

It’s well worth familiarising yourself with the clay court specialists before the two weeks in Paris.

To many, Wimbledon predictions are the crown jewel of the tennis calendar.

Plenty are surveying the Wimbledon betting pages long before the two weeks in west London.

The pressure at Wimbledon is immense. The speed of the grass means minimal margin for error. 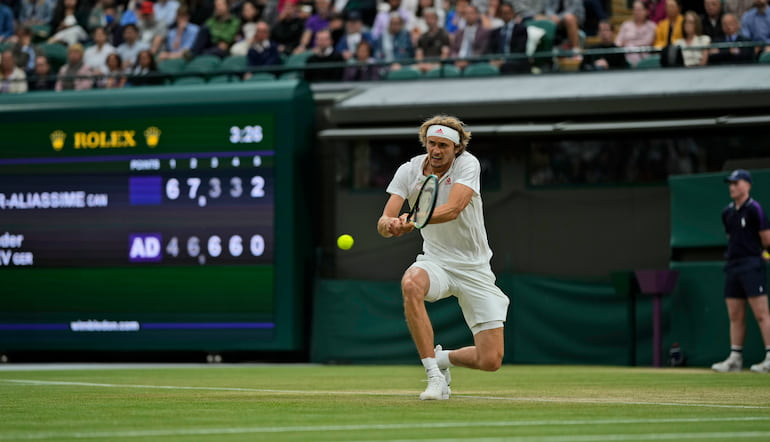 History and tradition play more than their part in the tournament, and it’s not over the top to say that Wimbledon is special.

The fortnight at the All England Club provides tennis drama.

It’s been home to some of the sport’s greatest moments, and witnessed changing of the guard as iconic figures have tumbled from the highest of highs.

US Open predictions can be a season-saving opportunity.

The last of the four Grand Slams, nailing US Open betting is one of the last chances to have a successful streak of tennis wagers.

Fatigue is always a factor to consider once we reach US Open predictions time. It is an arduous year, and many players are suffering from fatigue or niggling injuries.

Others, though, are looking to cap off an already brilliant few months with more glory.

US Open betting tips will consider hard court form and the ability to cope under the brightest of Grand Slam lights. There’s nothing in tennis quite like the Flushing Meadows crowds.

Tennis is a worldwide sport. Matches are played at inconvenient times, meaning it is often useful to get some tennis expert predictions for tomorrow.

Whether wagering on one of the most successful British tennis players or backing a lesser-known name, it can be difficult to keep track of all the matches when they are taking place several time zones away.

888Sport can help with this. Our tennis tips will be looking days in advance to avoid missing out on a must-bet wager in the midst of a chaotic tennis schedule.

Betting on tennis today or searching for tennis expert predictions for tomorrow, we’ve got it covered.