Djokovic Net Worth – How Much Is The Serbian Tennis Star Worth?

Novak Djokovic has a staggering net worth and wealth, though how do his tennis earnings compare to his fellow players? 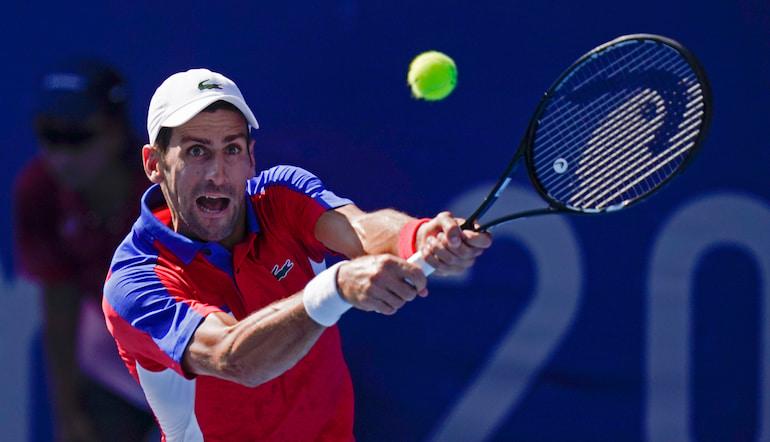 Novak Djokovic will go down in history as one of the greatest tennis players of all-time but how does his net worth compare to his peers?

Sports betting punters will have seen Djokovic strutting his stuff at the biggest tennis events and he still has time on his side as he looks to enhance his tennis earnings.

The Serbian looks set to break the Grand Slam record in the near future and his total career earnings could well eclipse the likes of Roger Federer and Rafael Nadal.

A regular name in every tennis predictions blog on the internet, Djokovic net worth figures are unlikely to raise eyebrows given his status in the sport.

Here, we take a look at Djokovic net worth figures, with vast sums of money earned on the tennis court but also from advertisements and endorsements off it.

Born on 22nd May 1987, Novak Djokovic started playing tennis when he was just four years old.

While both of Djokovic’s parents are professional skiers, Novak and his brothers were more interested in tennis and they were sent to tennis camp from a young age.

Djokovic met Jelena Ristic in high school and the couple started dating in 2005. Eight years later, the world number one popped the question and they were married in 2014.

The couple have two children together – son Stefan and daughter Tara. Could Stefan follow in his father’s footsteps and reach the top of the tennis world? Only time will tell!

As of August 2021, Djokovic is tied with Roger Federer and Rafael Nadal with 20 Grand Slam titles though tennis betting fans will expect the Serbian to add to his tally soon.

Widely regarded as one of the greatest players to play the game, Djokovic is the dominant force in tennis right now and he is credited with breaking the Federer-Nadal duopoly.

The Serbian has won Grand Slam titles in Melbourne, Roland Garros, Wimbledon and New York – and at 34 years old, he still has time on his side to add to his Grand Slam success.

Djokovic’s Grand Slam record speaks for itself. He is undoubtedly one of the greatest figures to step onto a tennis court despite a ‘villain’ persona amongst the tennis community.

At the time of writing, Djokovic has made more money from professional tennis than any other player in the sport’s history.

His success on the tennis court has seen Djokovic’s career earnings top £105 million and his tennis prize money will continue to increase for as long as he remains competitive.

Back in 2011, the Serbian set a new record for the most tennis prize money won in a season – earning over £8.5 million over the course of the year.

That record, like many in men’s tennis, was previously held by Roger Federer but Djokovic has eclipsed the Swiss in recent times and he is the dominant force in the sport.

While Federer has earned over £90 million to date, Djokovic’s tennis earnings are now over the £100 million mark and he is a major icon for those who bet on tennis.

As one of the best tennis players on the planet, Djokovic is one of the highest profile figures for brands and businesses when it comes to tennis endorsements.

The world number one signed a five-year brand ambassador deal with Uniqlo back in 2012, with reports claiming this endorsement boosted Djokovic’s wealth by £6.5 million per annum.

Furthermore, worldwide brands such as Mercedes-Benz and Seiko have worked with Djokovic in ambassador roles – though Lacoste has been one of his most lucrative backers.

The decision for Djokovic to part ways with Uniqlo in favour of Lacoste was an easy one, with the French company reportedly paying an eight figure fee each year.

Just three years ago, Djokovic was earning around £17.5 million from salary and endorsement deals. Last year, those earnings topped the £32 million mark.

With the likes of Peugeot joining Lacoste as one of Djokovic’s most prominent financial supporters, it is little wonder that the Serbian heads the richest tennis players list.

Not only does Djokovic rank as the 23rd highest paid athlete in the world but the Serbian has created an initiative under his name to develop early childhood projects in Serbia.

The Novak Djokovic Foundation aims to provide grants for educational programs with the ultimate objective of helping children reap rewards from schooling.

The 20-time Grand Slam champion founded it in 2007 and the Foundation is credited with helping over 10,000 children, with at least 18 schools receiving financial aid from the group.

With just one in two children having access to preschool education across the country, the primary aim of the Novak Djokovic Foundation is to offer best-in-class schemes across Serbia.

Tennis Tips
About the Author
By
Alex McMahon