Peter Schmeichel Net Worth - How Much Is 'The Great Dane' Worth?

How much is Peter Schmeichel worth? From net wealth estimates to his life off the pitch, we look at the Denmark legend's football career and Schmeichel net worth figures... 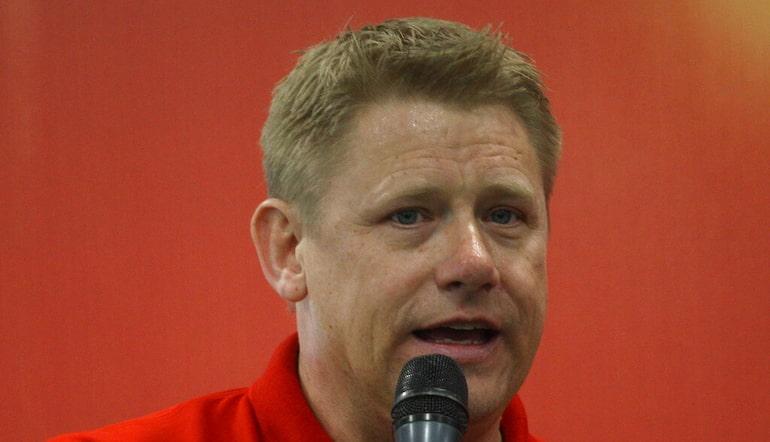 If you grew up watching football in the 1990s, you’ll know all about Peter Schmeichel and his exploits at Manchester United.

‘The Great Dane’ was a pillar of consistency during his eight year tenure at Old Trafford, helping the club to complete an unprecedented treble in 1998/99.

United defied the football betting odds on that occasion and Schmeichel was the man tasked with lifting the European Cup in the absence of club captain Roy Keane.

Widely regarded as the greatest goalkeeper in Premier League history, Schmeichel was an imposing figure between the posts but also had incredible agility and athleticism.

In many ways, he was the ‘perfect’ goalkeeper and his impact was key to United dominance in Premier League predictions throughout the decade.

Nowadays, Schmeichel has gone into punditry and the Denmark legend regularly appears on television – his perspective is always well received by football fans across the country.

Without further ado, it’s time to take a look at Peter Schmeichel net worth figures. Given his success on the pitch, you probably won’t be too surprised by his wealth estimates…

According to online reports, Peter Schmeichel’s estimated worth is valued at £20 million. It is important to remember that this figure is only an estimate though.

In addition to his football salary, Schmeichel has scored plenty of endorsement deals since retiring from the sport – including an advert for a famous Danish bacon brand.

While exact renumeration sums are rarely revealed to the public, we can safely assume the fee paid for this advertising scheme was reasonably high.

In addition, Schmeichel appeared alongside former teammate Dennis Irwin in a marketing campaign for Aperol Spritz in 2014. This campaign was publicised on national television…

Still working in football as a pundit, Schmeichel further adds to his bank balance with regular appearances on Sky Sports and BBC while he worked for BeIN Sports during Euro 2020.

Peter Schmeichel enjoyed a prolific 22-year career in professional football, starting his trade with Gladsaxe-Hero in his native Denmark.

Within three years, Schmeichel had been picked up by Hvdivore before joining Danish giants Brondby in 1987.

Schmeichel helped Brondby to four Danish Superliga titles during his time at the club before making the switch to Manchester United – one of the richest football clubs in the world. 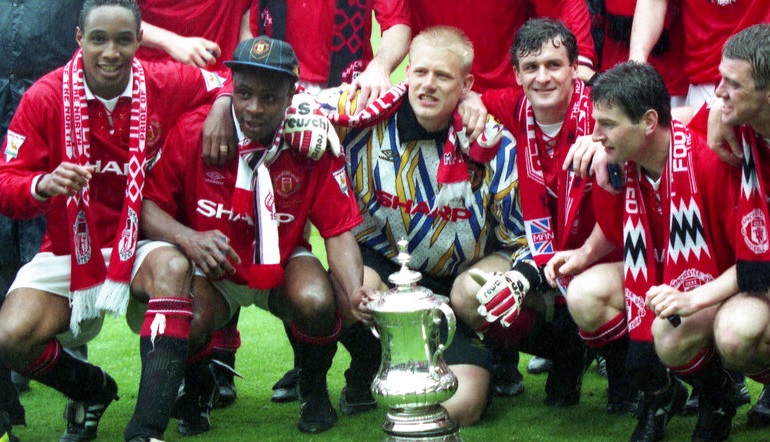 Five Premier League titles, three FA Cups, a League Cup and a Champions League later, he parted ways with the Red Devils in favour of a move to Sporting Lisbon.

After a couple of years in Portugal, Schmeichel returned to the Premier League for a season with Aston Villa before a swansong 12 months at Manchester City.

Despite Schmeichel’s decision to play for United’s arch rivals at the end of his career, he is still widely regarded as a club legend at Old Trafford.

Peter Schmeichel is known for his unique goal-scoring ability, notching 11 goals throughout his professional football career.

Schmeichel is one of six goalkeepers to score a Premier League goal, with the Great Dane bagging an injury time volley in Aston Villa’s defeat to Everton in October 2001.

Becoming the first goalkeeper to defy Premier League odds by scoring in the top flight was some feat, with almost three years passing before Brad Friedel scored against Chelsea.

He even managed to score for his beloved Denmark, scoring from the penalty spot to give the Danes a 2-1 lead against Belgium.

Denmark were pulled back and had to settle for a draw but that goal remains one of the highest points in Schmeichel’s international career.

Peter Schmeichel has been married twice, firstly tying the knot with Bente Schmeichel before remarrying Laura Von Lindholm in 2019.

He lived with Bente for over 30 years before the pair’s divorce was finalised in 2013, and she is the biological mother to both of Peter’s children. 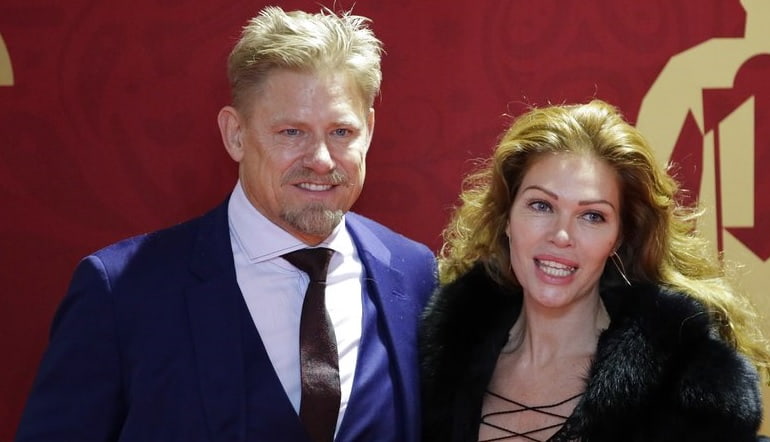 Peter then started dating former Playboy model Laura in 2014 though it wasn’t always plain sailing for the couple with the pair separating before rekindling their romance.

Von Lindholm now works as a nutritionist and the couple tied the knot in 2019 after Peter plucked up the courage to pop the question.

Speaking on social media after the proposal, the Denmark legend revealed: “She said yes, so that makes me the lucky one.”

Football is a family affair in the Schmeichel household and son Kasper has blossomed into one of the best goalkeepers in the Premier League over the past decade.

Kasper grew up in Denmark but spent most of his schoolyears at Hulme Hall Grammar School – though also studied in Portugal after his father joined Sporting Lisbon.

Having struggled to make an impact at Manchester City, Kasper went out on loan to several clubs before thriving at Notts County.

He earned a move to Leeds United before joining Leicester City in 2011, helping the Foxes to clinch promotion from the Championship before lifting the Premier League title in 2015.

At the time of writing, Kasper has 77 Premier League clean sheets to his name. It might be a tad far-fetched for the Denmark number one to match his father’s tally of 128…

Now 35 years old, Kasper has two children of his own: a son, born in 2010, and a daughter, born in 2012. Will one of his kids keep the Schmeichel football family going?

Peter Schmeichel released ‘One: My Autobiography’ in September 2021 and it has been a huge hit with football supporters around the world.

With some iconic tales from his time at Old Trafford, including a hazy recount of that night in Barcelona, and other footballing stories, it truly is a must read.

In addition, Schmeichel goes into detail about his family background, discussing his father’s demons and Kasper’s unbelievable journey with Leicester City.

If you want to learn more about Peter Schmeichel’s life away from sport, this Sunday Times bestseller is about so much more than footballing legacy.