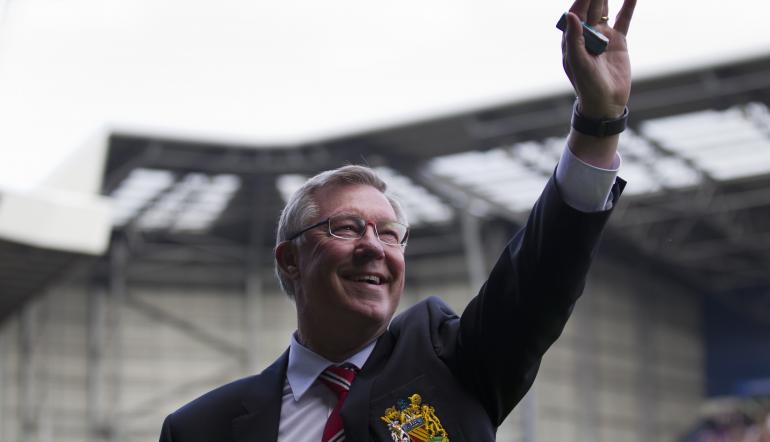 Attacking football and the Premier League go hand-in-hand. Ask any football fan and most will state that England’s top-flight is the best division around – it is a league unlike any other in world football.

Every now and then, the Premier League throws up a crazy result or two. In total, there have been six top-flight games since 1992 with at least 10 goals; an incredible statistic to say the least.

Both clubs feature twice on this list but Tottenham’s 6-4 victory over Reading will live long in the memory with fans of both teams. At the time, it was only the second match in Premier League history with 10 or more goals.

Fans were treated to eight goals in the second half in one of the craziest matches in Premier League history. Reading took the lead three times during the contest but Spurs dug deep to secure a memorable come from behind victory.

Dimitar Berbatov scored four goals on that day – with three of those coming in the second half. In their post-match interviews, Gus Poyet and Steve Coppell both admitted that the game was great for Match of the Day but not for the managers.

Less than two years later, Tottenham were at it again. Again, Spurs really came alive in the second half with eight goals in the space of 43 minutes. Leading 1-0 at half-time, even the most optimistic Tottenham fan wouldn’t have expected this.

Jermain Defoe became only the third player in Premier League history to score five goals in a match, while also notching the second fastest hat-trick since 1991/92. Wigan’s defending left a lot to be desired on that day and Spurs took full advantage.

It was Tottenham’s highest win in the top flight and it will go down as one of the biggest victories in Premier League history. Spurs fans will be hoping that the current side can take inspiration from that 9-1 triumph in the coming months.

These two teams always put on a show but nobody expected 10 goals, a penalty miss and a red card. Well, that is exactly what happened at Old Trafford as we saw Manchester United completely dismantle Arsenal in one of the league’s most memorable fixtures.

United were ruthless from start to finish, with the Red Devils racing into a three-goal lead before Theo Walcott pulled a goal back before half-time. But in the second half, the hosts pulled away again and inflicted utter humiliation on the Gunners.

It was a long journey back to north London for the travelling Arsenal fans – Carl Jenkinson’s 77th minute red card only compiling the misery. For United, there were jubilant celebrations on the Old Trafford terraces and this is still one of their greatest ever wins.

Arsenal were in seventh heaven after facing Newcastle United in December 2012 – although it wasn’t all plain sailing for the Gunners. The Magpies showed plenty of resilience to go toe-to-toe with the Gunners at the Emirates Stadium but Arsenal’s class shone through.

Theo Walcott was a thorn in Newcastle’s side all night, scoring a hat-trick while assisting two goals for his teammates. The visitors pegged Arsenal back three times after falling behind in the first half but Newcastle crumbled in the final 20 minutes.

Demba Ba made it 3-3 in the 69th minute but Arsenal found a new lease of life in the closing stages. Walcott and super substitute Olivier Giroud both notched braces in that final period to put Newcastle to the sword and cap an emphatic evening for the Gunners.

West Brom aren’t a club you would normally associate with high scoring Premier League matches yet here we are. The Baggies welcomed Manchester United to the Hawthorns for Sir Alex Ferguson’s 1,500th and final match in charge of the Red Devils.

Romelu Lukaku’s hat-trick ensured that Ferguson had to settle for a draw in his final match in charge – the Red Devils conceded three goals in five minutes to go from 5-2 up to 5-5. Maybe that was a sign of things to come for the 20-time English champions.

Ferguson’s swansong didn’t go entirely to plan but he couldn’t help but muster a smile after this incredible game. Since Ferguson retired, Man United have scored five goals in just one of their 236 Premier League matches.

Portsmouth and Reading both slipped out of England’s top flight some time ago but that 2007 classic remains the highest scoring Premier League game to this day. Pompey took a 2-1 lead into half time but things were about to get crazy at Fratton Park.

Eight (yes, eight) goals were scored in the second half – five for Portsmouth and three for Reading. It was a remarkable contest that highlighted Reading’s defensive woes; they went on to concede six at Tottenham a few months later.

Go back and watch the highlights of this match again – some of the defending is comical. It will live long in the memory of Portsmouth and Reading fans, as well as general Premier League supporters. This is one of those ‘I was there’ fixtures.