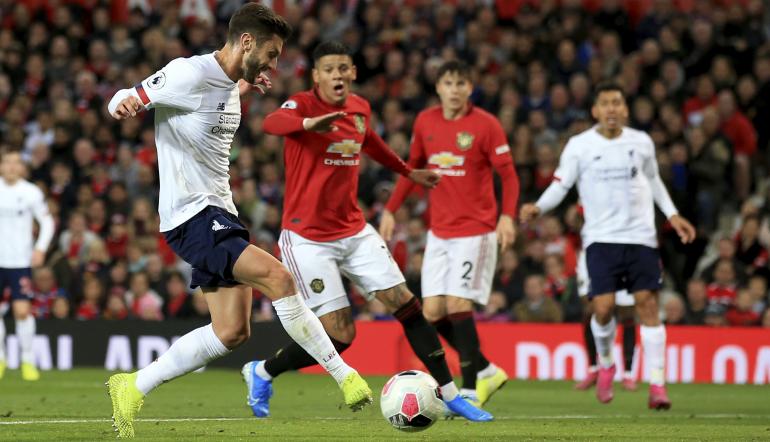 The gap at the top of the Premier League table WAS eight points but now it is six. Liverpool had to settle for a draw at Old Trafford on Sunday afternoon after Manchester City’s victory over Crystal Palace on Saturday night.

Pep Guardiola’s men will be hoping for more help from Tottenham Hotspur when they visit Anfield this weekend but the Citizens must first avoid a potential banana skin at home to Aston Villa in Saturday’s lunchtime kick-off.

With four of the ‘Big 6’ occupying top five berths, the Premier League table is beginning to take its usual shape. Leicester City continue to defy the odds though and Brendan Rodgers’ side will be dreaming of a Champions League place.

Without further ado, it is time to preview this weekend’s biggest Premier League fixtures – starting with that clash at the Etihad Stadium. Will the deficit at the top be six points after the weekend or not? Only time will tell…

Expect City to burst out of the blocks on Saturday afternoon. Pep’s side put five goals past Atalanta in the Champions League this week and the hosts will want to make a statement after losing to Wolverhampton Wanderers in their last Premier League game.

Aston Villa have been hit and miss so far this season but they have started to put a run of form together in recent weeks. Dean Smith’s side have won back-to-back top flight games and some punters will fancy Villa to keep the scoreline respectable.

The 5/4 for Man City to lead by two or more goals at half-time is the way to go. Villa may crumble under pressure and things could get ugly for the visitors if City are on top form.

Expected to struggle this campaign, Burnley have defied the odds in recent months. Sean Dyche’s men are up to eighth in the table and most Premier League fans will be expecting the Clarets to stay well clear of the relegation battle in 2019/20.

Chelsea’s victory over Ajax on Wednesday night sent shockwaves across Europe – it was the biggest win of Frank Lampard’s tenure by some way. The Blues have won six in a row in all competitions and a win could see Chelsea climb up to second if results go their way.

888sport punters, take the 3/4 available for Chelsea to claim three points here. The Clarets are rock solid but Lampard’s men should have too much class for Burnley at Turf Moor.

Liverpool are still six points clear at the top of the table – Jurgen Klopp’s side could look back on last week’s result as a point gained come the end of the season. The Reds are still in pole position to go on and secure their first title in the Premier League era.

Tottenham are one of the most frustrating teams to watch in the Premier League. Capable of beating anybody on their day, confidence is low and Mauricio Pochettino is a man under pressure. Watch this space, a heavy defeat here will not help his standing.

7/4 for the Reds to win with goals for both teams is a decent price. Klopp’s men will want to get back to winning ways after drawing at Old Trafford but Spurs could push them close…

TIP: Liverpool to win and both teams to score (7/4)

Norwich have been a breath of fresh air since gaining promotion to England’s top flight. The Canaries claimed a famous win over Manchester City earlier this season but their form has been shaky in recent games – they were horrendous in that 5-1 loss to Aston Villa.

Manchester United ended their run of 14 away games without a win with a 1-0 victory over Partizan Belgrade on Thursday night. Ole Gunnar Solskjaer will have his side primed for this fixture and the Red Devils will be quietly confident of a positive result.

Both teams to score looks like the way to go here. The 4/7 available is a fantastic price given Norwich’s record at Carrow Road – sparks could fly if both teams go hell for leather.