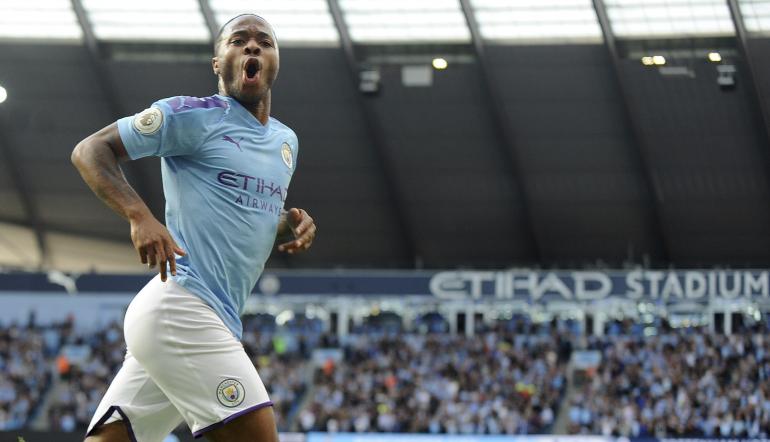 After yet another mundane international break with two England wins, domestic football is back on our television screens. Starting with Liverpool hosting Newcastle United in the early kick-off on Saturday, it should be a thrilling weekend of Premier League action.

888sport have a number of enhanced specials onsite now ahead of this weekend’s matches, with Liverpool, Manchester United and Manchester City boosted to 6/4. You can find all of the boosted trebles and wincast bets via the link above.

Without further ado, here are my top Premier League bets of the weekend. Anyone backing the accumulator with 888sport can get 10/1 for the four-fold. What are you waiting for? Get involved!

It would be fair to state that Man United have failed to inspire confidence so far this season. As expected, the Red Devils have been hit and miss in the opening month of the campaign and it would take a brave man to back the 20-time English champions here.

Meanwhile, Leicester are looking strong after a positive start to the campaign. The summer transfer window was a roaring success for the Foxes and many believe Brendan Rodgers’ side could be ‘best of the rest’ behind the top six come May.

For me, the best bet here is for both teams to score at 8/11. United have kept just one clean sheet in their last 15 league games while Leicester have scored in 13 of their previous 17 top flight matches. Expect plenty of goals at Old Trafford on Saturday afternoon.

Like United, Tottenham have also struggled to build momentum in the early stages of the new campaign. Mauricio Pochettino’s men have won just four of their last 16 league games and many punters will be tempted to steer clear of Spurs this weekend.

At the other end of the spectrum, Crystal Palace’s form since February has been solid and the Eagles will be quietly confident of springing a shock. Roy Hodgson’s men secured back-to-back wins against Manchester United and Aston Villa prior to the international break and Palace could pick up where they left off.

Despite the contrast in recent form, Tottenham should prove too strong for Palace. Spurs will click into top gear sooner rather than later and an early goal could see the floodgates open. Take the 5/6 for Tottenham to lead at half-time.

Daniel Farke has done a terrific job at Norwich City. The Canaries have looked solid enough in the opening few matches and Norwich supporters will be dreaming of avoiding relegation back to the Championship. On current form, Norwich should be absolutely fine.

Manchester City have been good without being great so far this season – which is testament to their incredibly high standards. Pep Guardiola will be happy enough with his team’s start to the campaign but City’s defensive woes will be of some concern ahead of the trip to Carrow Road.

Both teams to score (4/5) is the way to go here. Norwich scored against Liverpool on the opening weekend and they will cause Manchester City problems. Expect Guardiola’s side to prevail but they won’t have everything their own way.

Did anybody expect Watford to be this bad? The Hornets are rooted to the bottom of the Premier League table having lost three of their opening four games. A managerial change came out of the blue but will it shock Watford into life? Only time will tell.

Meanwhile, Arsenal had to settle for a draw at home to Tottenham last time out and Unai Emery’s men will be chomping at the bit to get back to winning ways. On paper, Arsenal are in a different league to Watford and the travelling faithful will expect to win.

Evens for Arsenal to emerge victorious could turn out to be an absolute gift. The Gunners aren’t the most consistent team but Watford have been abysmal this campaign and plenty of punters will be siding with the visitors to claim three points.