Wes Brown EXCLUSIVE With 888sport: Harry Maguire Has Become The Standard-Bearer For An Improving Manchester United 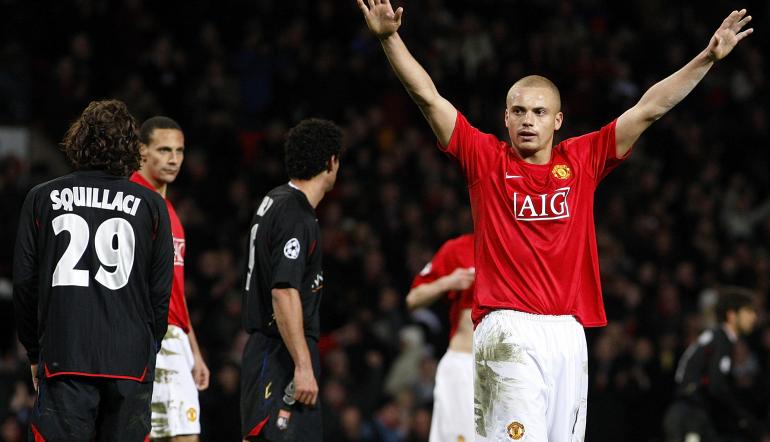 Former Manchester United defender Wes Brown believes the club’s record summer purchase of Harry Maguire is already paying dividends with the England international not only putting in a series of solid displays but raising the level of performances of all those around him.

“For some reason Maguire gets quite a bit of stick and I don’t quite know why. I think he’s your original centre-half. He gets the ball, puts himself into good positions; he’s clever. And since he’s come the defence has definitely been better.

“He has brought a standard with him and the other lads lift their game around him. He’s one of those players who probably doesn’t have to say anything.
"His team-mates will think ‘Okay, Harry is in, we’ve got this’ and step up their game as well. He’s brought a hardness and a stability to this defence and that allows the midfield to get on with their jobs without panicking and feeling they need to help out.”

If Maguire has brought solidity at the back, at the other end goals have been a real problem for a United side that have toiled for the most part this season.

Their recent 3-1 victory at Norwich was only the second time this term they have scored more than once in a league game and with Romelu Lukaku sold to Inter the burden was increasingly falling on an out-of-sorts Marcus Rashford.

Step forward Anthony Martial who Brown insists has all the credentials to become the central threat the Reds desperately crave. With four goals in five starts that could well be the case.

“Martial has always been a number nine for me. If you watch the game from the other day (Norwich) when he comes back in, he holds the ball up and links well. He can get a goal and when he’s in a one-on-one situation he can get past his man and put the ball in the net.”

“Anthony Martial is still a young lad and we’ve seen spells of his brilliance but he needs to become more consistent now. I’m sure he likes that number nine spot and he’s getting goals from it.”

Born and bred in Manchester, Brown came through the ranks at Old Trafford and went on to win five Premier League titles and two Champions League medals during a dominant era for the club.

It pleases him immensely then that they are still turning to youth with the emerging talents of Mason Greenwood and teenage left-back Brandon Williams particularly catching the eye.

“For the young lads coming through now I just hope they understand that this doesn’t happen all the time. They’ve been given a chance.

"They’re at Manchester United for a reason and they’re obviously very good players but when you step into the first team it’s a little bit different. It’s about who can handle it, who can take the pressure. And I think at the moment they've all done really well.”

“We know what Mason is like from the under 23 level and he has a bright future. Williams for me has been brilliant. He was brilliant for the under 23s but in the first team he has excelled. He wanted it. You could see the drive in him. He wanted to play well.”

“Yes, you’d want ideally to bring them through at different times and under better circumstances – because there is a lot of pressure – but at the same time they have excelled and you can’t fault that. This will stay in the manger’s mind when he’s deciding on buying players.”

Gossip surrounding the imminent purchasing of players is a topic we can expect to see plastered across back pages from now until the closing of the January transfer window with United’s performances and results continuing to disappoint from a squad in dire need of renovation.

Frankly they cannot afford not to spend mid-season despite it being widely viewed as a precarious time to target new personnel and Brown is under no illusions that the red giants will shortly be flexing their financial might.

“I think Ole will try and buy in January. United need another striker and an attacking midfielder, that little wizard number 10. The defence is fine. The goalkeepers are fine. The ideal thing would be two strikers and two midfielders. If only it was that easy!”

Identifying the key areas that are crying out for improvement is one thing, establishing which players best fit the bill is quite another. The likeable 40-year-old however has a couple of names he wants to see firmly in the frame.

“Grealish in the last few games has come on immensely. He can always see the pass. Maddison has always been good and he’s a threat getting into the box. These are two young English players who would definitely help the squad.”

But is Manchester United still the dream destination that it used to be? Do they still have the pulling power?

Their much-rumoured interest in Leicester’s Ben Chilwell is a pertinent case in point with the Foxes flying high and chasing Champions League football while the thirteen-time Premier League champions languish in mid-table seemingly mired in perpetual crisis.

Brown though is having none of it.

“I still think United is a draw for players. We’re still buying big players, and a lot of good English players with Harry and Wan-Bissaka coming in.

"Chilwell is an excellent player and Leicester are on a brilliant run and you can see the whole team has been lifted. But if United went in for Chilwell I’m sure he would definitely come, 100%.”

One or two signings of course can only make so much difference and elsewhere United are presently paying the price for a number of poor managerial appointments post-Ferguson that have spiralled the club into decline.

Prior to an encouraging fortnight it seemed that Ole Gunnar Solskjaer could well be joining the flop-list of Moyes, Van Gaal and Mourinho.

But, following a hard-fought draw against Liverpool and three points gained at Carrow Road the first, tentative shoots of optimism have returned of late and here Brown is only too happy to back his former team-mate to the hilt. Patience it seems is of the essence.

“I know we say this a lot but Ole knows the club and he hasn’t been jumping into things. He’s looked at it and seen what he’s got. He has taken his time and he isn’t going to rush out and buy someone he doesn’t think is capable of playing for Manchester United.

"It will happen and he will get the players that he wants and then we can start talking about it. But it is a rebuilding situation and it’s going to take time.”

“I think the club have to give him the time because otherwise you’re just starting all over again. You look at the squad and you know you need players and that’s the case no matter what manager is there. You have to let Ole get his players in and then you start from there.”

“Straight away he said he had a plan and this is what he wanted to do and that it would take a while. You have to accept that and I’m sure United know that as well. He’s been brave because the expectations at United are so high.”

It is expectations that demand silverware or at the bare minimum to compete for each and every one on a higher footing to that of their rivals.

Yet the huge advancements made by Liverpool and Manchester City in recent times has resulted in United trailing in their wake which leaves the most awkward question until last: can Manchester United ever reclaim their perch and top billing?

“We are behind and everyone knows that. It could take two or three years, you never know, just to even try and catch up. But Ole has been there for ten months and I think people are getting now what he’s trying to do.

"I think the attitude of the players in the last few games has changed and we’ve been unlucky too – we keep missing penalties for one thing. I might get on one soon.

"Listen, we’re not going to win the league for a while but we’re on the right track getting a team together who gets what it all means and can begin to challenge.”

Prediction For United vs Bournemouth?

Who Wins The Premier League This Season?

Who Wins The Champions League This Season?