The Prix de L'Arc de Triomphe is one of the most lucrative races in horse racing. Here, we look at the best Arc trends & past results of France's big race... 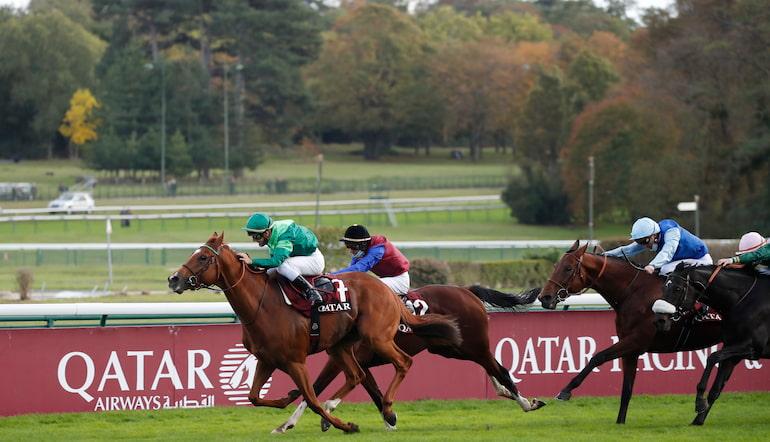 Since 1920, this fabulous race has become one of the world’s most important sporting challenges and a race of legendary status.

This major French event, the highlight of the racing season, is a Group 1 race, the highest category in international competition.

It is open to the best Thoroughbreds, the fastest breed in the world, ridden by the best international jockeys.

Its name commemorates soldiers that celebrated the end of the First World War by parading under the famous Parisian landmark that had become a symbol of the Allied victory.

Understandably the Second World War prevented the race from taking place in 1939 and 1940.

At the end of the First World War the “Société d'Encouragement (to improve the breed of racehorses)”, which later became France Galop, decided to create a highly prestigious race that would showcase the English Thoroughbred in France, and that contest would carry significant prize-money.

It chose a poignant name for the event: The Prix de l’Arc de Triomphe.

René Romanet-Riondet, the Secretary General of the Société d'Encouragement, chose this name for the race so that it would become a benchmark event in the world of horseracing. And at that point the Arc was born.

Since the inaugural running of this event in 1920, France tops the winner’s table courtesy of its 68 victories in the Prix de l’Arc de Triomphe.

The last 10 renewals have been won five times by French horses, three times by English horses, and once each by German and Irish horses.

Frankie Dettori is the most successful jockey in Arc history with six wins to his name.

He has ridden in a staggering 32 renewals. Dettori’s Arc rides are regularly featured in the annual horse racing tips for this event.

Most Successful Trainer In Arc History

Andre Fabre, France's greatest trainer of all time, has won the Arc a record eight times.

Is The Arc On TV?

Television coverage of the Arc is global, with the race being broadcast in the UK by ITV Racing.

Please check out our 888sport blog for all the latest ITV racing tips for the French racing.