Why Rafael Nadal Is The Rightful GOAT Of Men's Tennis 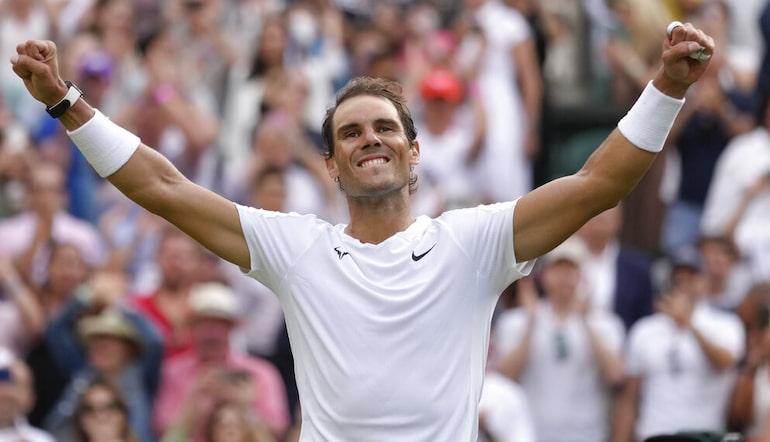 Rafael Nadal has won 22 Grand Slams. Novak Djokovic and Roger Federer (21 and 20 respectively) are the only other men’s players with more than 14. Stefan Edberg, John McEnroe and Boris Becker combined for just 20 slam titles.

Nadal’s achievements rightly have him in the centre of the men’s tennis GOAT conversation.

Those who bet on tennis are well aware of his dominance at Roland Garros, but Nadal’s legacy should never be reduced to his clay court supremacy.

This is a player who has mastered all surfaces, faced adversity and frequently gone toe-to-toe with two different, yet equally spectacular, players in Federer and Djokovic.

A worldwide star even before his 20th birthday, Nadal remains among the most famous athletes on the planet deep into his thirties, and a perennial force in tennis predictions.

Let’s dive into why he should be considered the greatest male tennis player ever.

In truth, any of Nadal, Federer and Djokovic have a compelling GOAT case if you pick and choose the records.

Winning the most Grand Slams is a pretty strong objective argument to have Nadal as the top of the three, but it doesn’t end there.

What Nadal has done at the French Open is completely unparalleled. No other man has won more than nine titles at a single Slam. Nadal is on 14 and will likely add more in the coming years.

It has been all but foregone conclusion when he’s been at healthy at Roland Garros – neither Djokovic nor Federer have enjoyed the same unbeatable run on a single surface, even with Djokovic winning nine times in Melbourne and Federer lifting the Wimbledon trophy on eight occasions.

Winning more matches is worth something, but winning percentage is the best way to pick between players when they have won so many over such a long period.

Of men with 500 or more wins, Nadal has the highest winning percentage of all-time, just a shade ahead of Djokovic. He has lost 10 fewer matches than Pete Sampras, despite the American winning 301 fewer.

The King Of Clay is fourth all-time in winning percentage against the top 10, ahead of Federer, but behind Becker, Djokovic and Borg.

When it comes to owning a tournament, Nadal has done that better than anyone else.

His 14 French Open wins are the most by any man at any event. He’s second and third on the list at Barcelona and Monte Carlo respectively. He’s tied fourth with Federer, too.

Nadal also has the longest winning streak on any surface of 81 consecutive victories on clay.

He’s the only man in history to have 19 seasons with at least one title, and his 579 weeks in the top two of the world rankings is way more than anyone else, even if he doesn’t break the top five for most weeks at number one.

Some have argued that Nadal has faced tougher opposition than his long-time rivals.

There’s not much basis to that claim, and his record against non-big-three players in the top-five in the rankings isn’t anything special compared to the Federer or Djokovic.

A more interesting point for Nadal’s GOAT candidacy, though, is how he arrived on the scene as a teenage clay specialist, and took the challenge to Federer on grass.

In the last 18 years, 63 out of 75 men's singles Grand Slams have been won by Djokovic, Nadal and Federer.

Where Djokovic and Federer were unable to put up a sustained fight against Nadal on clay, he broadened his game to battle with peak Federer during the longest ever stint atop the world rankings.

As Federer’s supremacy waned, Djokovic moved to the summit. Injuries disrupted Nadal’s career, at points looking like retirement was approaching, but he bounced back repeatedly.

When fully fit, he has always been among the Grand Slam live betting favourites on all surfaces. Djokovic broke records, and built his own GOAT-level resume. Nadal was again his main challenger.

When it comes to head-to-head, Nadal has the best record between the Big Three. He’s also won three Slams having beaten Djokovic and Federer on the way.

Direct matchups are not what defines the GOAT argument, largely because of the age difference between Federer and the other two, yet it is testament to Nadal’s extraordinarily long peak that he has been able to go toe-to-toe with peak Federer and peak Djokovic.

Nadal is the GOAT

Djokovic, Federer and Nadal are different players and different personalities. There is no longer a dispute about whether they are the three greatest ever, but there will always be a point of contention over which should be number one.

Midway through the 2010s, Nadal’s chances of building a serviceable foundation to build a GOAT case on looked slim.

His return from injuries has constructed an objective argument  – there comes a point where the Grand Slam numbers and the overall records are very hard to argue against. 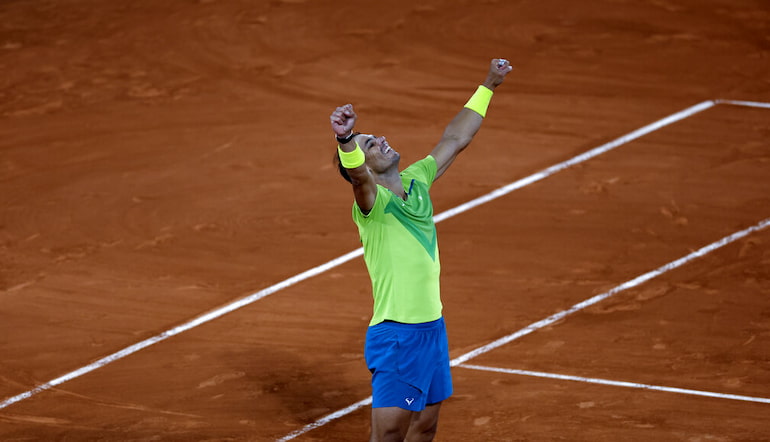 He did not have the all-conquering peak of Djokovic, nor is his game as aesthetically pleasing as Federer.

What Nadal has done, though, is extend his career at the very top, as a Grand Slam winner, for almost 20 years. Perhaps Djokovic can do the same, but for now, Nadal’s longevity is unmatched.

Nadal has effectively had two peaks. During each he has toppled Federer and Djokovic while they were playing perhaps the two best spells of tennis ever seen.

This is a debate which will run for years after they have all retired, but as of July 2022, Nadal’s GOAT case is persuasive.