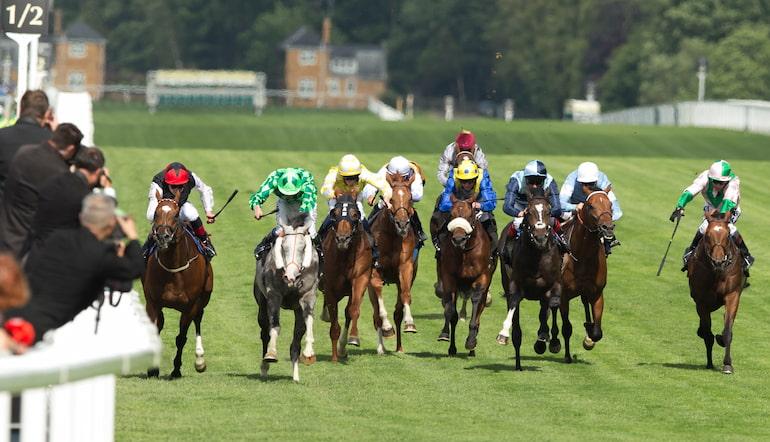 Over the course of five days every June, top races galore take place at Ascot racecourse (the Royal meeting), and every year there are new trends and statistics to analyse.

Naturally trends and statistics are only a guide to what is likely to happen - they are not an exact science, but quite often patterns do emerge so it worth looking at races and dissecting their recent history.

This hopefully should lead to you to picking some winners. Below is a full resume of Royal Ascot’s races each day and all the conditions of entry.

Palace Pier is the hot ante-post favourite for the opener on Tuesday after impressive victories at Sandown and Newbury this season.

The John and Thady Gosden-trained star miler won the St James's Palace Stakes last summer and will have grand designs on making it a Royal Ascot double.

Order Of Australia has had a mixed career thus far and the Aidan O’Brien-trained horse is hard to asses. Victory didn’t arrive until his fifth outing when winning at Dundalk and that was quickly followed up with another one at the Curragh.

However, he finished last of nine back at the Curragh, but looked back on track when he popped at 40/1 at Keeneland. At Sha Tin in December he finished sixth in the Group 1 Hong Kong Mile.

Lope Y Fernandez needs to bounce back from a disappointing effort in the Lockinge.

Two previous winners of the race are lining up once more- David O'Meara's 2019 globetrotting scorer Lord Glitters and Accidental Agent, who caused a shock in 2018.

Juvenile sprinter Kaufymaker will be bidding to become American Wesley Ward’s first winner of the Coventry Stakes on Tuesday.

Another with a good chance is Tolstoy for the Gosden’s. He won nicely on his debut at Yarmouth and could well be overlooked in the betting, even with Frankie on board.

Gisburn's Newbury win is working out well in the grand scheme of things and he also has to enter calculations for the Richard Hannon stable.

Popular sprinter Battaash is on course to defend his King’s Stand Stakes crown at Royal Ascot after recovering from an injury setback sustained over the winter.

The seven-year-old returned to Charlie Hills’ stables in April from his owners Shadwell Stud after recovering from a small fracture. Last season he blew away everything in sight and he will probably go off quite a short price.

Tim Easterby’s exciting three-year-old filly Winter Power could well be the chief danger to the favourite given what she did at York in the Westow Stakes.

After a convincing victory in the Group Three Cornwallis Stakes at Newmarket last season, Winter Power picked up where she left off and has to be on the shortlist of potential victors here.

American raiders Extravagant Kid and Maven are also eyeing Group One spoils on the opening day on action.

Extravagant Kid (Brendan Walsh) was last seen out when registering a first Grade One success under Ryan Moore in the Al Quoz Sprint at Meydan in March, while Maven represent the pioneering US-based trainer Wesley Ward who is no stranger to enjoying Royal Ascot successes.

Having won the 2,000 Guineas at Newmarket in May, Poetic Flare is a 10-3 shot for this Group One.

After Newmarket Poetic Flare went to the French Guineas but encountered all sorts of traffic problems during the race. He then chased home stablemate Mac Swiney at the Curragh in much softer conditions.

Highland Avenue leads Derby-winning trainer Charlie Appleby’s assault on the race and the Godolphin organisation must have a great chance of collecting the spoils.

The Dubawi colt won his first three starts this term, before narrowly going down by half a length to Mosthadaf in last month’s Heron Stakes at Sandown.

Appleby also saddles La Barrosa, who didn’t enjoy the ground one bit at the Curragh in the Irish 2,000 Guineas but should show up better this time around.

Jessica Harrington’s Lucky Vega has just two career wins to his name, but one of those was the Group One Keenland Stakes.

He was narrowly beaten in the 2000 Guineas at Newmarket and finished fourth in the Irish equivalent, which puts him right in the mix here.

Willie Mullins has interestingly booked Ryan Moore to ride Rayapour in the stayer’s race. The five-year-old has only had one outing for the stable thus far, finishing third in a maiden hurdle at Kilbeggan.

Formerly trained by Alain de Royer-Dupré in Chantilly, the McNeill family-owned runner looks a prime candidate for a race of this nature.

Trainer George Boughey is having a great 2021 and his Lostwithiel is worth a second look. By Camelot out of a mare who has had horses that have stayed a good bit further, he should stay this trip and Hollie Doyle takes the ride.

The popular gelding took the Group Three Brigadier Gerard Stakes at Sandown last month but is burdened now with a 5lb penalty.

Others in the line-up include Solid Stone, Stormy Antarctic, Patrick Sarsfield and Felix.

The Marco Botti-trained Felix was a decent performer the all-weather in the winter before he ramped things up a notch in Dubai when he finished third to Lord North in the Dubai Turf – probably the best piece of form on offer in this race.

The Wolferton has been Felix’s target for some time and he will enjoy the going. His Dubai partner Oisin takes the ride again.

Trainer Alan King has a leading fancy in top-weight On To Victory in the concluding handicap.

Sporting the well known colours of Henry Ponsonby, the even-year-old will be ridden by Tom Marquand.

Willie Mullins goes for this mile-and-three-quarter contest with the Mrs Ricci-owned Saldier who was last seen winning a 1m 5f race at Listowel by a rather comfortable seven lengths.

Will Royal Ascot Have Spectators?

The dress code varies at Ascot from enclosure to enclosure. Click HERE for a definitive guide.

You can find all our 888sport Royal Ascot tips, including the NAP of the day on our informative horse racing blog.