Rugby Union Positions – Every Position On A Rugby Pitch

Want to know more about the rugby union positions? We look at every role in a rugby union squad - from hooker to full back... 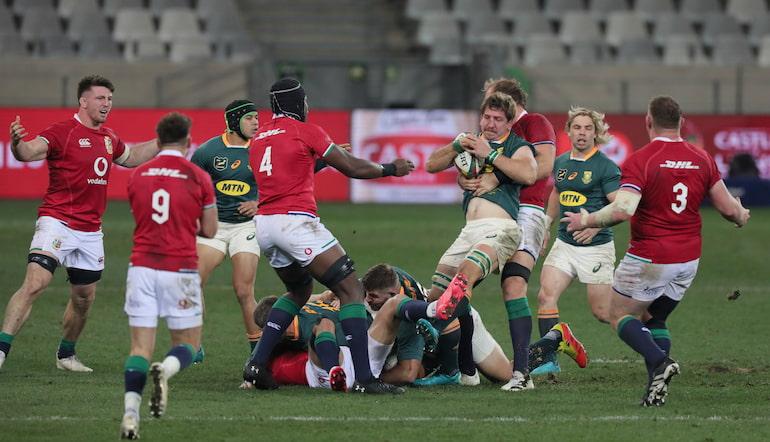 First played in England in the 19th century, rugby union is one of the most popular sports in the country.

According to World Rugby figures, there are over 100 countries as full members of the rugby union governing body and over six million people play the sport across the globe.

How Many Positions On A Rugby Union Team?

One of the two codes of rugby, a union team is made up of 15 players each with the aim of running with the oval-shaped ball in hand and scoring tries against the opposing team.

There is so much more to the sport but for now, we’re here to look at the different rugby union positions on the pitch – starting with the forwards.

There are a total of eight forwards on a rugby union team, with three making up the front row, two in the second row and then three back row forwards, otherwise known as ‘loose forwards’.

Learning more about rugby union positions not only helps online betting knowledge but also develops a greater understanding into the sport and what each role entails.

Donning the number 1 jersey, the Loosehead prop is positioned on the left of the three front row forwards in the scrum.

The loosehead is a rugby union position that is well-suited to strong, heavy players and it is very intense on the body – being a prop is no walk in the park.

Props need a thick neck and immense upper body strength and they must be able to keep a cool head under pressure.

The hooker co-ordinates the timing of engagement at the scrum and has a responsibility to retain possession by hooking the ball back.

In addition, a hooker conducts the lineout and throwing accuracy is vital for any budding number 2. Ball retention at lineouts is essential.

Hookers are regularly involved in open play, carrying the ball in a similar way to the props and controlling possession in mauls and battling for hard yards in the trenches.

The third and final front row forward is the tighthead prop. Wearing the number 3 jersey, this rugby union position is on the right of the scrum.

Like the loosehead role, the tighthead prop position is gruelling and puts a lot of pressure on the body – particularly when it comes to set pieces.

Tighthead props are often smaller, stocky players who are built with strength in mind to try and win the scrum battle.

Most rugby union position guides recognise that the left lock role is suited to taller players who are reliable and consistent in lineout situations.

The left lock is often tasked with using their frame to jump up and win possession at the lineout, as well as catching the ball after kickoff.

Yep, you guessed it – the right lock is the other second row forward. Donning the number 5 on the back of the shirt, the right lock has a slightly different role.

Traditionally, right locks boast explosive power and take on a greater ball-carrying role while also wreaking havoc at rucks in a bid to win back possession.

If one of the locks is dominating the ruck area, in play betting odds can swing massively so keep a close eye on the lock positions.

One of the rugby union positions with the fewest set responsibilities, the blindside flanker requires a player with excellent all-round skills and energy.

The flankers do the dirty work at the ruck and maul and are often defensively solid, making more tackles than anyone else on a rugby pitch.

The blindside flanker is often bigger and more physical than the openside player, though both are equally as important when it comes to winning turnovers.

The openside flanker plays on the side of the scrum furthest from the touchline and is often much smaller and more dynamic than the blindside flanker.

Often mobile and energetic across the pitch, the openside flanker often covers more ground than any of his teammates.

While flankers are rarely involved in many try-scoring situations, they certainly make up for that with their defensive prowess in the middle of the field.

Like the flankers, the number 8’s main role is to support the fellow forwards while taking on more responsibility when it comes to carrying the ball and making ground.

The number 8 controls the back of the scrum and is the sole forward player who is legally allowed to collect the ball from the base of the scrum.

Some of the greatest rugby players of all-time have played at number 8. This player is often explosive, dynamic and tough – making them the ultimate competitor.

While the forwards are regarded as the most powerful players on the pitch, the rugby union positions in the backs are more skilful roles for agile, creative players.

In many cases, these players get most of the credit as they score more tries and are heavily involved in the attacking phase of the game.

The scrum half has an important role to play, acting as the link between the forwards and backs and often controlling the tempo of an attack.

Box-kicking is a key skill for this rugby union position while accurate passing when feeding the ball to the fly-half is also absolutely essential.

Vision, speed and awareness are required for any good scrum half and one of the main jobs for the forwards is to protect this playmaker from opposing flankers.

Arguably the most influential position on the pitch, a world class fly half can be the difference between success and failure.

The greatest rugby union teams in history have all had an exceptional fly half in the squad and the number 10 is the heartbeat of any side.

Controlling the tempo of the game and decision-making are two of the main traits required for a fly half – and they are often the designated place kickers as well.

From the most influential position to the easiest position on the pitch, a winger is expected to score tries and create opportunities in attack.

Wingers are often forced to come inside and get involved in play if they are left out of the game on the touchline, though they risk going up against bigger players.

Furthermore, the winger has a responsibility to remain disciplined on the touchline – the chance for an interception is tempting but get it wrong and your wing is exposed.

The inside centre plays closest to the fly half in a conventional backs line up, with the main role to break down the defensive line and create space and opportunities in attack.

Defensively, they must be accomplished but the main area of focus for an inside centre is going forward – which is why many fly half stars often make the transition to 12.

Direct lines and dummy runs can help to confuse opposing defences and a powerful style is an absolute must for any rugby union inside centre.

The outside centre is often stronger and offers a more powerful, explosive option than the inside centre, though both tend to run direct lines in attacking phases of play.

Outside centres don’t tend to kick in possession, with the number 13 preferring to utilise speed and power alongside the wingers.

Offloading is a key component for any outside centre and the best players in the world are often in the 12 or 13 role – this is a particularly skilled rugby union position.

The right winger has the same responsibilities as the left winger – scoring tries and defending your wing is the main role for any decent number 14.

Speed and agility are two of the main traits needed to be a successful winger and this is one of the more unforgiving rugby union positions if you are slightly slow off the mark.

In addition, coping under aerial bombardment is also a must for any winger as the opposing fly half will often test players early on, particularly in adverse weather.

Finally, we have the full back. Essentially working as a sweeper in defence, the full back has to cover plenty of ground on a rugby pitch.

Receiving deep kicks from opponents, catching high balls and launching counter attacks in possession, the full back needs to have a wide skillset and must remain composed.

The teams at the top of the rugby world rankings all have component full backs. This rugby union position is the ultimate test of a player’s talent.

Rugby Union
About the Author
By
Alex McMahon