The World Rugby Rankings are in - but who takes top spot and the status of the best rugby team on the planet? 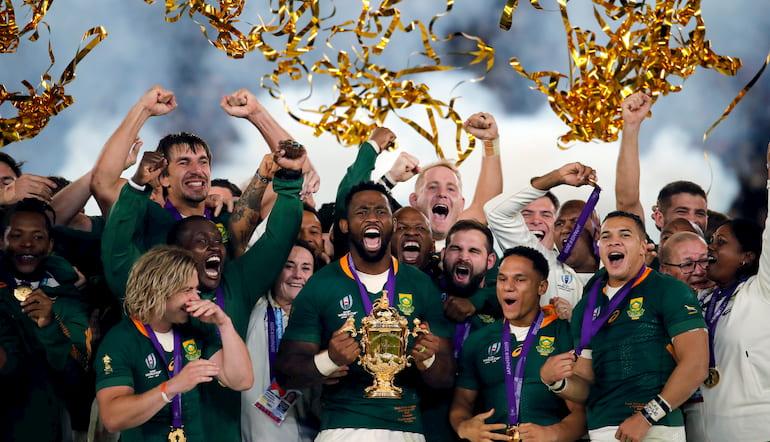 The World Rugby Rankings is a ranking system used in international rugby and is managed by World Rugby, the sport’s official governing body.

Rugby betting odds can reflect the order, with the best rugby teams in the world ranking at the top of the list – New Zealand, South Africa and England are never far away.

A points system is used to determine the latest rugby world rankings, with points awarded to teams based on the results of World Rugby-recognised international fixtures.

In theory, the weighted points system helps to reflect the competitive state of each team – with matches against top tier teams earning the most World Rugby ranking points.

The World Rugby rankings system may sound complicated but it is generally easy to follow and understand, with the best rugby teams dominating the top positions.

Without further ado, it is time to take a closer look at the World Rugby rankings, from the origins of the system to the number one ranked team today.

Introduced just one month before the 2003 Rugby World Cup, the first new rankings were issued on 8th September 2003.

England were awarded first place in those rankings, earning 89.95 ranking points with New Zealand a close second on 89.80.

Known as the IRB rankings back then, the organisation reformed and took on the World Rugby brand name that rugby union fans know and love today.

How Are World Rugby Rankings Calculated?

World Rugby member nations are awarded a rating between 0 and 100, with the top rugby side usually achieving a rating of around 90 points.

The points system is calculated using a ‘Points Exchange’ system, with teams gaining or losing points depending on the basis of the match result.

If team ‘A’ wins and gains +6.52 points, team ‘B’ will lose -6.52 points. The system takes a few factors into account, including match result, ranking of each team and margin of victory with an allowance for home advantage.

The World Rugby rankings is representative of the teams’ performance – mainly due to the different number of matches played by north and south hemisphere sides each year.

In addition, the Rugby Championship schedule is arguably more gruelling and testing than the Six Nations – here are the four main factors taken into account:

Here are the current World Rugby rankings. As you can see, 2019 Rugby World Cup champions South Africa lead the way with 94.20 points while the mighty New Zealand are second in the charts.

Not to be confused with the World Rugby Rankings, the IRL rankings focus on rugby league rather than rugby union.

The whole rugby union vs rugby league debate is one of the biggest talking points in sport but fans of both rugby codes can find IRL rankings throughout the year.

Keeping track of the best rugby teams is essential for rugby betting punters – the World Rugby rankings change frequently but the top rugby nations will feature in the top five.

With the 2023 Rugby World Cup draw now set, the countdown is well and truly on to the biggest rugby tournament on the planet. Who will top the World Rugby rankings by the time the competition comes around? Only time will tell…