The Most Successful Teams In Six Nations History: Rugby Union With 888sport

The 2020 Six Nations is edging closer but who are the most successful teams in Six Nations history? 888sport examines the rugby union tournament’s past results… 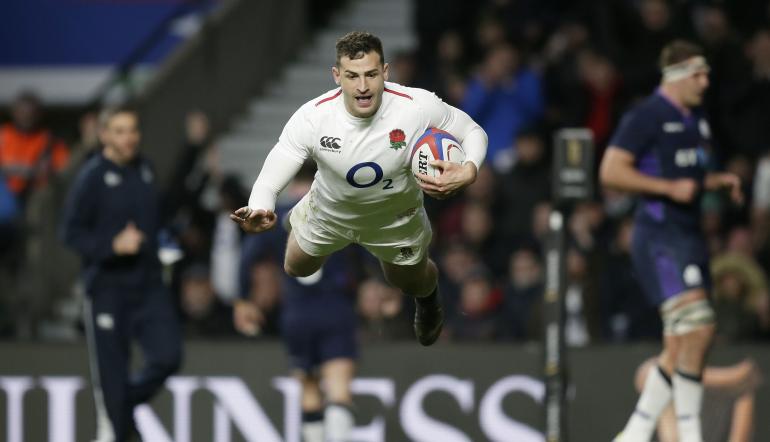 With the 2020 Six Nations now just around the corner, anticipating is growing ahead of what could be a famous tournament.

While England fell short against South Africa in the 2019 Rugby World Cup final, their journey to rugby’s showpiece fixture helped to reignite wider interest in the game across the country.

Wales head into the 2020 tournament as the defending champions after winning the Grand Slam last season. Warren Gatland’s departure was emotional but Welsh fans will be getting behind new Wales boss Wayne Pivac ahead of the upcoming Six Nations.

Here though, we take a look at the Six Nations tournaments of the past. Who is the most successful team in Six Nations history? 888sport look through the record books to see who comes out on top…

Italy have been Six Nations whipping boys since their introduction to the competition back in 2000.

To put their performances into perspective, Italy have been awarded the Wooden Spoon in 14 of the 20 Six Nations tournaments in which they have competed in – which says a lot about the state of Italian rugby.

However, there are a few reasons to be optimistic ahead of 2020. Italy will play Scotland in Rome this year and some punters may fancy the hosts to get the better of the Scots on that occasion.

If so, Italy may avoid the Wooden Spoon for the first time since 2015. Neutrals will have everything crossed for an Italian success.

Scotland supporters would love nothing more than to celebrate a first Six Nations success in 2020 but you won’t find many punters backing Gregor Townsend’s side.

Without a doubt, Scotland are much improved these days though, avoiding the Wooden Spoon in each of the previous four editions of the Six Nations.

Murrayfield is one of the best Six Nations stadiums and Scotland fans will create a rousing atmosphere for travelling fans in 2020.

A first Six Nations crown continues to elude them though and you have to back to the 1999 Five Nations to find their last triumph at the top level of rugby union in the northern hemisphere.

With three Six Nations triumphs in the last six years, it has been a glorious era for Ireland fans. However, that wasn’t always the case – Ireland had to wait 24 years from 1985 before their next tournament success.

Their style of rugby hasn’t always reaped rewards but Irish fans after always in good spirit, particularly in Dublin.

Ireland slipped down the Six Nations pecking order in 2019 but it wouldn’t be a huge shock to see them bounce back in 2020.

With Andy Farrell taking over from Joe Schmidt after the Rugby World Cup, the 2020 Six Nations offers an ideal opportunity for Ireland to announce themselves as major players once again.

Once regarded as the northern hemisphere’s rugby union superpower, France have lost their way a little in recent times.

Their last Six Nations success came back in 2010 and you won’t find many punters backing Les Bleus to get back to winning ways this year. However, there is plenty of talent in this French squad…

In terms of overall tournament titles, France are a deserved third behind Wales and England.

Historically, France were always one of the strongest teams in world rugby and that is reflected in their performances on the big stage, with France reaching the Rugby World Cup final on three separation occasions.

With a grand total of five Six Nations triumphs and 27 total tournament titles, Wales sit just behind England in terms of success.

One area where Wales do have an edge though is in Grand Slam wins – Wales lead the way with four compared to three for France and just two for England and Ireland.

The Principality Stadium crowd played their part in 2019, getting behind their team in hard-fought victories over England and Ireland.

Wales have enjoyed most of their success when their two closest rivals have to visit Cardiff, with three of their five Six Nations triumphs in those particular campaigns.

England are the most successful team in Six Nations history with six tournament wins.

The talent pool in England is arguably the strongest in world rugby and that certainly helps when it comes to challenging for Six Nations glory. It doesn’t always translate directly to success though; England went seven years without the title from 2004 to 2011.

888sport’s rugby union betting odds have England at 41/50 to win their seventh Six Nations title this year – probably because of their success in Japan.

England fans will be hoping that Eddie Jones can bring the Six Nations trophy back to Twickenham after a couple of barren years.