888sport look at the eight Rugby World Cup finals ahead of the 2019 showpiece – where does England’s victory over Australia rank on our list? 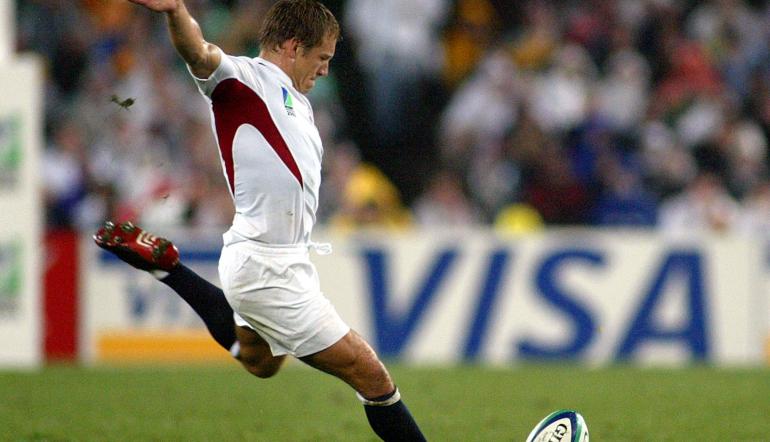 The Rugby World Cup is the tournament that all rugby union players want to win. Lifting the Webb Ellis Cup is every youngster’s dream and that dream will become a reality for one team on November 2nd 2019.

With this year’s showpiece edging closer, the battle to win the competition is starting to heat up. Without further ado, let’s take a look at the previous eight Rugby World Cup finals – no points for guessing which match is in top spot…

The slimmest margin of victory in Rugby World Cup final history, New Zealand edged past France at Eden Park. The All Blacks had already beaten France in the pool stages and most neutrals expected New Zealand to claim their second World Cup crown.

It turned out to be a bit of a damp squib, with poor conditions and some suspect refereeing calls impacting the flow of the game. New Zealand held on to clinch victory in what remains the lowest scoring Rugby World Cup final of all-time.

Another low scoring final, England fans were left devastated after watching Australia run out 12-6 winners at Twickenham. The Wallabies took a 9-0 lead into half time and it was always going to be difficult for England to come from behind in the second period.

England decided to stick with their tried and tested tactics but Australia proved too strong in the closing stages. There was a big fallout following that Rugby World Cup final defeat and it would be over a decade until England would feature in the union showpiece again.

The first World Cup final and a result that felt inevitable from kick-off. France, incredible in their semi-final win over Australia, struggled to get going in the early exchanges and Les Bleus soon found themselves 9-0 down heading into half-time.

Though France showed plenty of vigour after the break, New Zealand were just too strong. Grant Fox kicked 17 of their points and his accuracy off the tee was key to the outcome of this one. As expected, the All Blacks were crowned inaugural World Cup winners.

Australia hold the record for the widest margin of victory in a Rugby World Cup final and it would be foolish to suggest that the Wallabies didn’t deserve to win in 1999. With six wins from six games at the tournament, Australia were a class above their rivals.

The lead was just six points with 60 minutes on the clock but Australia pulled away in the closing stages to secure their second World Cup crown. France just couldn’t break down the strong Australia defensive line and the Wallabies held on for a dominant success.

England’s second World Cup final defeat came just four years after their first triumph. The Springboks were labelled as tournament favourites and lived up to the hype, with the likes of Percy Montgomery, Bryan Habana and Francois Steyn pulling the strings.

Thousands of England fans made the short trip to the Stade de France for the final but it just wasn’t to be. Brian Ashton’s side were second best in every department against an organised and powerful South Africa unit. Who knows, they could get revenge in 2019…

This was New Zealand at their brilliant best. Australia had no answer for the All Blacks in front of an adoring Twickenham crowd. It was vintage New Zealand and it is probably the most complete performance from any team in a World Cup final.

As the highest scoring Rugby World Cup final, it deserves to be relatively high on this list. It might not have been the most competitive showpiece but we got to see New Zealand hit top form on the biggest stage of all and there aren’t many finer sights in sport.

The only World Cup final that comes close to rivalling England’s victory over Australia. This match will live long in the memory for union fans across the globe as South Africa, hosting the tournament for the first time, defied the odds against the mighty New Zealand.

The win was huge for South Africa as a country as much as a sports team. Nelson Mandela, sporting a Springboks jersey and a cricket cap, presented the Webb Ellis Cup to South Africa captain Francois Pienaar in one of rugby’s greatest moments.

At the third time of asking, England finally got their hands on the Webb Ellis Cup. Led by the charismatic Martin Johnson, Clive Woodward’s side needed extra time to secure the victory and they did it in the most dramatic way imaginable.

With less than 30 seconds remaining in extra time, Jonny Wilkinson kicked the decisive drop goal to clinch the win. The Sydney crowd were left stunned as England celebrated long into the night – this was sweet revenge for that 1991 Rugby World Cup final defeat.