Steve Thompson EXCLUSIVE With 888sport: Cipriani Crumbles Under Pressure & Would Have Cost England Their Chance Of Glory 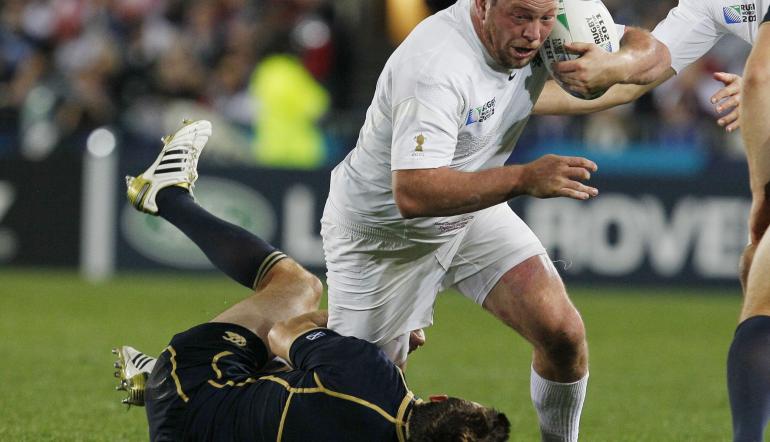 In an exclusive interview with 888sport former England hooker and World Cup hero, Steve Thompson has gone in hard on Danny Cipriani following his headline-grabbing omission from Eddie Jones’ squad for the 2019 Rugby World Cup.

“If I’m going into a World Cup, I wouldn’t have Danny Cipriani as my fly-half. His big, big chance was in that semi-final (Gloucester v Saracens in May) because if you’re a player going into a semi-final in such a strong position as 10 you’ve got to have your best game.

“Don’t get me wrong, in games, he does so many things right. But at an international level, it’s the things you do wrong and sometimes his basics just aren’t there.

"Then he tries to do something special and that’s what teams prepare for. South Africa and New Zealand would just keep going at him until he made those mistakes and that’s 14 points.”

The over-looking of Cipriani was one of several tough decisions made by coach Eddie Jones and the veteran Australian must now stand or fall by his selections as England prepare for this week’s Pool C opener against Tonga.

As one of the tournament favourites, English hopes are high that its rugby stars can replicate their cricketing cousins who earlier this summer conquered the world and it helps that they have a second row packed with quality.

It helps too that in Jones they possess a coach with a fine pedigree in the competition, yet Thompson believes far too much is made of this.

“People talk about his achievements, but he hasn’t won that much really. He’s also known for doing runners when the going gets tough. I thought he was going to do a runner when the wheels fell off with England.”

“England have had a few good wins in the warm-ups so that’s got him back up and he’s back to his arrogant sense isn’t he. He is an amazing coach, you can see that. The players love him.

"I just hope he can get the best out of the players and things go well for him because if they go badly, he just seems to fall apart. People may say he’s taking the pressure off the players, but I just see him as a pantomime character at times.”

The straight-talking 41-year-old knows what it takes to win rugby’s ultimate prize after doing so in 2003 and though he admits the present team’s firepower can ‘destroy’ anyone on their day he has serious concerns about the mental frailty within the squad that cost them so dear earlier this year.

“The problem with this England squad is that I don’t think they know how to win games. We saw in the Six Nations that they can’t close games out in the second half.

"They get themselves in winning positions where they should mentally get over the line but then they don’t use enough mental energy. That’s the hardest thing to do in a World Cup – keep yourselves mentally tough.”

Worse yet, Thompson insists the issue could arise again because there are too few within the set-up capable of ensuring that it doesn’t.

“We were very lucky in my day with the leaders we had. All teams these days talk about their great leaders, but England have Vunipola now who is an amazing player but he’s probably not the best talker. Yet they have forced him into being a leader.

"Ben Youngs is the same. He’s not a leader but a maverick and he’s one of the problems at times when the games are going off a bit. He seems to lose the plot a bit. And he’s supposed to be one of the leaders? That’s a worry for me.”

Less of a worry, indeed a cause for great optimism lies in the presence of Jamie George; a player who inhabits the same role that Thompson made his own during nearly a decade for Northampton and England.

Encouragingly, there are a number of exceptional hookers at this World Cup and England might just have one that is unsurpassed.

“Jamie George is the best hooker in the world. Everybody talks about Coles, but he’s been injured for a long while. When he’s fully fit, he’s the best but he hasn’t been fit for ages. Jamie George is a phenomenal player.

"He’s not the toughest but nowadays you don’t need tough hookers. The game has totally changed now and what he’s got makes him the complete hooker.”

Another star who has long gained Thompson’s admiration is a centre who many think could be a stand-out performer in the weeks to come.

“I really hope Henry Slade can get over these injuries because I’ve got a bit of a man-crush on him. He’s just class but he needs coaches to understand him and players around him to understand him as well because he’s just so good.”

Born and raised in Hertfordshire, George will compete alongside Plymouth-raised Slade in Japan and between the two of them, New Zealander Will Heinz will no doubt play his part.

The latter’s inclusion has come at the expense of 84-cap Danny Care and is a result of the ever-controversial residency rule that allows players to be picked for a country after living there for three years.

If you think Thompson sits on the fence with this contentious issue you obviously haven’t been paying attention so far.

“I think it’s a joke that they’re doing that. You’ve got the Toner one in Ireland where the bloke (South Africa-born Jean Kleyn) has qualified four days before the first warm-up game.

"It’s just a joke. You can’t just come in like it’s a club side. This is an international side where you should be proud to play for your country.

"I still think it’s a bit of a joke that Eddie Jones is the coach of England. By all means, bring specialist coaches underneath but the actual main coach of England – the biggest union in the world – should be an Englishman.”

Cipriani. Care. There are some big names absent at this World Cup and the omitted Mike Brown can be included in that.

This week the Harlequins full-back claimed he was still the best available in his position after an altercation with a team-mate saw him left out. Thompson however disagrees.

“His years are numbered and when you look at how England want to play and score tries, he’s not a massive try-scorer. He’s quite a selfish player at times.

"He has shown that by the way he’s gone off the pitch. It’s the whole package you need for a World Cup and he hasn’t got that.”

Assessing which team has the ‘whole package’ brings us to a prediction that possibly doesn’t surprise, but an outside bet that maybe does.

And with that the extremely likeable, very funny, and refreshingly opinionated Steve Thompson departs, leaving us with the firm instruction to back the former.

“South Africa are my favourites, by far. If anything, they have got too many good players and their only problem is getting the combinations right.

"France could be a massive team as well. They have got rid of some of their big-name players, like Bastareaud who I didn’t think should be in there anyway.

"This is the first time they get to train as a squad rather than going back and forth to their clubs. So, for me, France could be the big outsider.”