England were perfect in almost every department – but just how did Eddie Jones formulate his masterplan to beat the All Blacks? 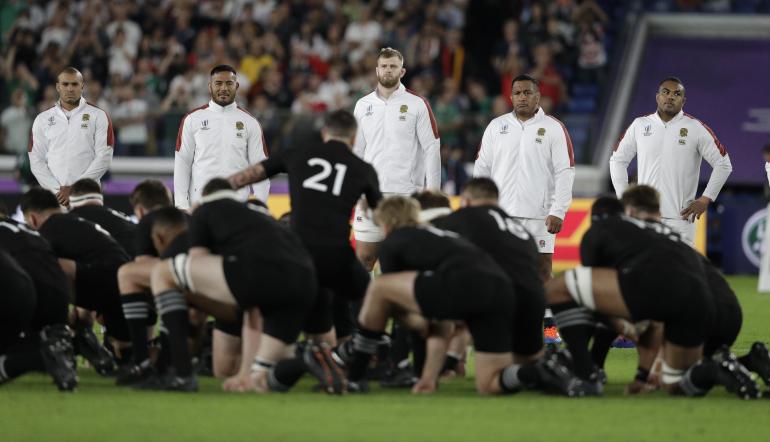 26th October 2019 – a date that will go down in history. For only the eighth time since 1905 and the first at a Rugby World Cup, England defeated New Zealand. In fact, that is doing England a huge disservice – England thrashed New Zealand.

From the moment England took to the pitch, you knew they meant business and the All Blacks will have known instantly that this was not going to be yet another World Cup walkover.

England landed their first psychological blow before kick-off, opting to stand in a ‘V’ shape to face the Haka. Nigel Owens and his team of officials tried to get a handful of England players to move behind the halfway line but to no avail.

At that moment in time, England were focused purely on sending a statement. Eddie Jones had sent England out with a challenge to New Zealand’s challenge. England were ready for war and nothing would be left on the field – win or lose.

As the likes of Joe Marler, Billy Vunipola and Mark Wilson stood noticeably over the halfway line, England had the option of taking Owens’ words on board and retreating a few paces or standing their ground. All six players refused to budge.

Two minutes later, England had opened the scoring. With confidence soaring after the Haka victory, England stormed out of the blocks to take an early lead. That try sent Jones’ side on their way and they never really looked like losing from that point.

New Zealand, known for their unique ability to keep the ball alive, rarely had England on the back foot and the All Blacks were drawn into kicking more often than not. Unfortunately for them, their kicking game just wasn’t up to scratch compared to England’s.

Time and time again, England’s defensive stars turned the ball over. Maro Itoje, Tom Curry and Sam Underhill were simply sublime – Itoje was a constant thorn in New Zealand’s side while Curry and Underhill wreaked havoc at the breakdown.

Owen Farrell’s smirk whilst facing the Haka spoke volumes about England’s intentions. All of the pre-tournament hype surrounded New Zealand and South Africa but England were just biding their time, waiting for the opportune moment to strike.

This was that moment. Farrell, playing at inside centre to allow George Ford to start at fly-half, played on after taking a huge hit in the first half. The England captain was down but not out and he battled on despite relinquishing place kicking duties to Ford.

And it would be Ford who stepped up to nail three penalties in the second half to keep the scoreboard ticking over. Ford, often criticised for poor defence, was excellent in the tackle and his kicking was inch-perfect. Credit to Jones for putting him back in the side.

It was England’s best performance in the last 10 years and it was arguably on par with their greatest ever performances. Ruthless at the breakdown, efficient in possession and hungry in the tackle, it was an effort that the All Blacks themselves would’ve been proud of.

All eyes will be on England in their bid for World Cup glory this weekend – can they get the job done against South Africa? The Springboks represent a completely different challenge but England will be primed and ready for battle.

Eddie Jones hasn’t put a foot wrong this tournament and England almost deserve to claim only their second World Cup crown. That performance against New Zealand will have raised eyebrows in the South Africa camp and a fantastic game of rugby awaits.

Whether England win or lose in the final, this game will live long in the memory for England fans. The All Blacks, so often deemed superior and invincble, were made to look average at best.

Eddie’s England deserve credit for the dismantling the greatest team on the planet but they have one more job to do.