Is Ryan Giggs The Most Overrated Player In Premier League History?

Ryan Giggs is a legendary figure in England's top flight but is he overrated and how does he compare to his fellow Premier League stars? 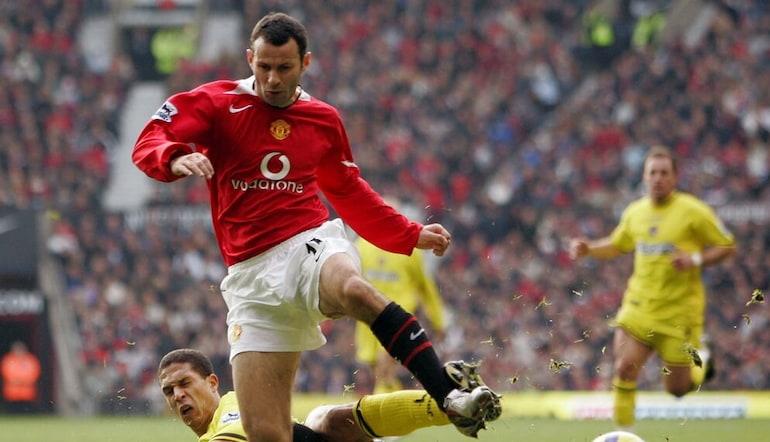 Is Ryan Giggs the most over-rated footballer in the Premier League era?

He is certainly the most decorated, winning a staggering 13 league titles, along with two Champions League medals, four FA Cups, and so many individual merits the Welsh winger could easily copy his former team-mate Cristiano Ronaldo and construct a museum in his own honour.

A direct wide-man of rare repute, Giggs’ career straddled an era of unprecedented dominance in the English top-flight and from being so prominent in this success he has secured a legendary status at Old Trafford and beyond, one that he deserves.

It’s a sparkling C.V. that has, incidentally, also made him an extremely wealthy man.

Yet, such outstanding achievements takes us to the heart of the matter concerning Ryan Giggs’ elevated stature in the game though before we detail that, an important caveat is needed.

It is that nobody is suggesting Giggs wasn’t a brilliant footballer. That would be insane.

Questioning to what extent his widely-accepted ranking as one of the greatest British players of all time is warranted however, is fair game.

This is because there has very possibly never before – or since – been a more pertinent example of a player and a club’s successes being so entwined.

Think of United in the Nineties, running riot and always short-priced in the Premier League odds, and the Welshman comes to mind, a poster-boy of it.

While other United legends came and went, Giggs remained, flying up and down the left flank for the entire duration of Sir Alex Ferguson’s remarkable era of supremacy.

But how fundamental he was to his team’s glories is up for debate, and indeed it could be reasoned that for many of these successful seasons the Welshman was a cog in an extremely well-oiled machine.

Yet still, the more titles the reds racked up, the greater we believed Giggs was, almost by default, a GOAT of a player.

In effect, he came to symbolise United’s magnificence, in doing so personally benefiting from it enormously, and it’s worth comparing and contrasting this vicarious veneration to Thierry Henry’s impact at Arsenal, another player celebrated as a Premier League great.

Acknowledging this finally leads us to the heart of the matter. That Ryan Giggs was not a player capable of single-handedly subverting the betting odds. That he never hauled a team to a different level, only made them better.

That crucially, he was never gauged entirely on his own ability, but rather it mattered considerably who he played for, and what they collectively achieved.

Add in the Milner Effect of his longevity, and a familiarity that bred not contempt, but an increased degree of admiration, and we can deduce that Ryan Giggs was undoubtedly a legend.

But the best around? No, there were a good many better.