With an estimated wealth of £20 million, Sergio Perez has made a wealthy living from Formula 1. Here, we discuss Sergio Perez net worth figures... 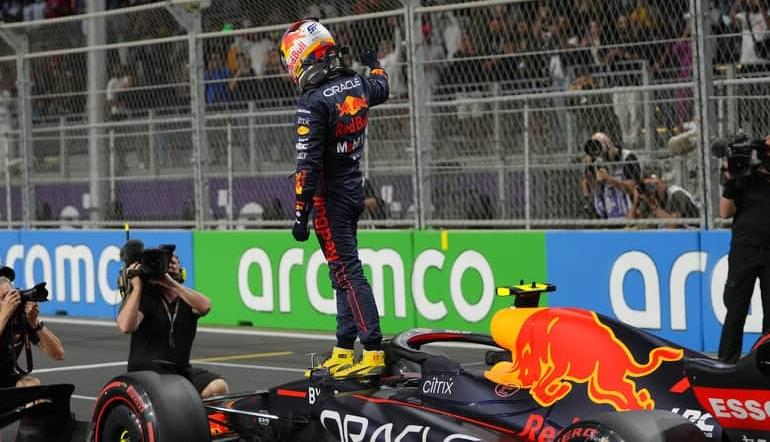 While not the biggest name when it comes to betting on Formula 1, Sergio Perez has been at the centre of some magical moments over the last couple of years.

From almost being out of the sport, Perez was reliable in support of Max Verstappen in 2021, and looks set to remain with Red Bull Racing for years to come.

Perez wasn’t always in the shadow of his world champion teammate, however. He had his own glorious live betting days with improbable results and spectacular defensive drives.

Perez, often referred to as ‘Checo’, has long been one of the most reliable drivers on the grid, as he showed through his years with Force India and Racing Point.

Sergio Perez net worth is north of £20 million.

While his annual earnings are a far cry from the riches Lewis Hamilton and Max Verstappen receive, Perez will have amassed millions in driver salary after spending over a decade in Formula One.

In his early years, Perez was thought of as a pay driver due to the sponsorship revenue he brought in. 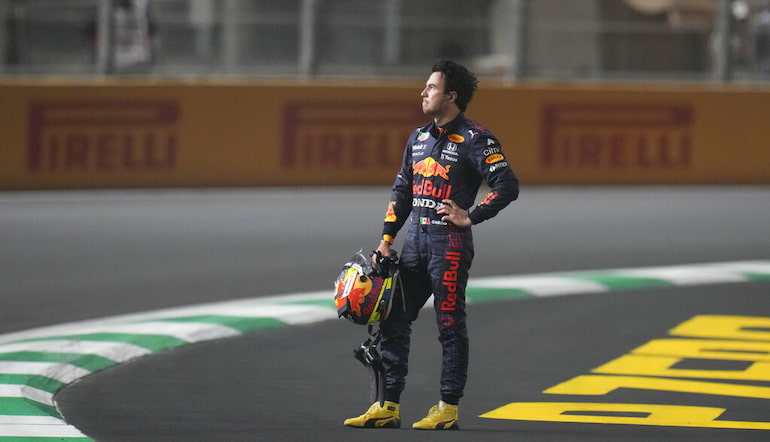 He has proven his worth throughout his career, becoming a popular dark horse in F1 betting tips through his time with Force India and Racing Point.

Perez reportedly earned £6 million in the 2021 Formula One season, which is more than Lando Norris, but ranked 11th among all drivers.

Of course, being an F1 driver is one of the most glamourous jobs on the planet. There are numerous revenue streams beyond salaries and bonuses from the team, and Perez is bound to have added to his net worth with additional income.

Who Is Sergio Perez's Wife?

Sergio Perez is married to Carola Martinez. The couple wedded in 2018, and they have two children together.

There were reports in early 2022 that Perez and Martinez are expecting a third child after hints were dropped on Martinez’s Instagram account.

How Tall Is Sergio Perez?

Sergio Perez stands at 173 centimetres, making him the same height as Valtteri Bottas and one of the shorter drivers on the grid in 2021.
Fernando Alonso, Lando Norris and Yuki Tsunoda were the only shorter drivers than Perez in 2021. He was also one of the lighter drivers at just 63 kilograms, too.

Sergio Perez had started 190 races before the 2020 Sakhir Grand Prix. He had never won the F1 world title, and he had never even stood atop the podium.

Checo was leaving Racing Point at the end of the year, he was in his penultimate race with the team, and no one had signed him up for 2021.

The Racing Point was expected to be good at Sakhir. And it was. Yet, Perez had to overcome adversity, after a first lap clash with Charles Leclerc left him last.

After a pit stop, Perez fought his way back through the field, completing daring overtakes along the way.

He benefited from George Russell’s nightmare, with a pit stop calamity and slow puncture ruining his chances of a maiden win, but that should not detract from what Checo achieved.

He became Mexico’s first Formula One race winner in half a century, and the 110th person to win a Grand Prix. It was a record broken too, as Perez amassed the most race starts before his first win.

This was a performance which not only made history, but had real short-term importance. Perez looked to be on his way out of the sport, and it’s impossible to know how much this win influenced Red Bull, but it clearly helped his cause. 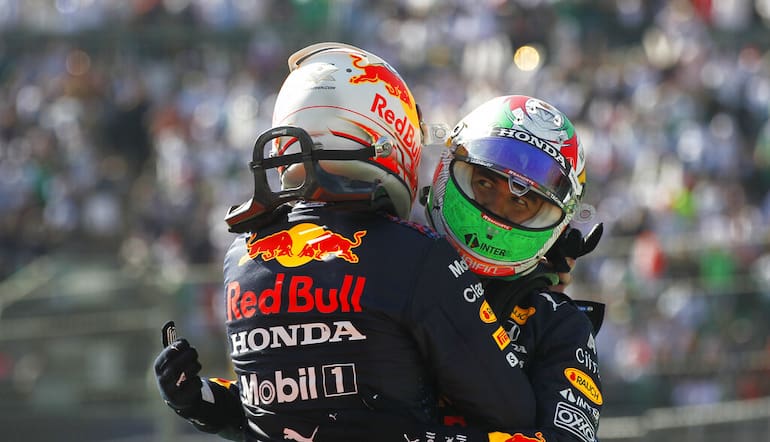 Unsurprisingly, the Mexican was visibly emotional on the podium and clearly elated throughout his post-race media commitments.

"I'm shocked, you know? I don't want to be too excited because I've dreamed of this moment so many times that when I wake up it hurts. I have to make sure this is not a dream.

"There were times when I thought it was never going to come because I've never had a car capable of doing something like it did today. We did a tremendous race."

It was all the more impressive for the nature of the drive. Every Formula One fan knew Perez was reliable, could look after his tyres and rarely made mistakes, but this was a more daring drive, an exhibition of his overtaking skill.

He continued, "It was a crazy race today. When I got hit on the first lap I thought, not again. It cannot be us again. Another weekend, another opportunity and I got hit by another car.

"I thought I had a bit of damage, I was lucky not to. I made a big lock-up under the Safety Car and we were discussing whether to pit or not. There was a point in the race where the vibrations were so bad, I couldn't hold the wheel.

"Once we went onto the other set of tyres, I told my team wow this feels like a limousine. It was looking good, but we never thought we were going to win."