Who are the SPFL top scorers? We look at the Scottish Premiership top scorers list and SPFL goal scorer records... 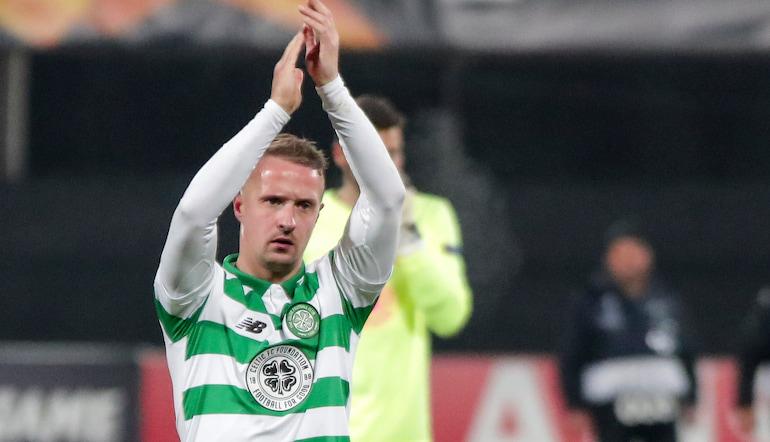 Although perhaps down the pecking order for some football betting experts, the Scottish Premiership is home to some massive clubs. The fan bases in Scotland’s top flight are as loyal, as passionate, as any in Europe football.

Some of the most successful football clubs in the world reside in Scotland. Celtic and Rangers have been the dominant forces for the last three decades.

Administrative changes have made for some funky records in Scottish football, with chunks of time broken up by leagues merging and splitting. As such, no player has reached the 100-goal mark in Scottish Premiership history.

This is obviously a stark contrast to comparable leagues around Europe where the all-time leading scorers are north of 200 goals and sometimes way beyond that.

It’s very much been a duopoly in recent memory. While that can mean Scottish football is overlooked as a soccer prediction topic, it doesn’t mean we should gloss over the phenomenal achievements of players.

From youngest to oldest and all-time leaders, here are a few of the key goal scoring records in SPFL history.

Leigh Griffiths is the leading scorer in SPFL history with 89 goals. Griffiths to score has frequently been a bet of the day during his Celtic stint, and he has been a focal point in one of the most successful periods in the club’s history.

During the Scottish Premier League era, Kris Boyd was the competition’s leading scorer with 167 goals. Boyd starred for Kilmarnock and Celtic.

Only one other player, Henrik Larsson, reached three figures in the Scottish Premier League. Larsson was one of the most prolific players in the history of Scottish football, winning five Golden Boots and twice being crowned Players’ Player of the Year.

Prior to the Scottish Premier League, there was a raft of goal scorers who surpassed Boyd and Griffiths’ totals.

Former Celtic striker Jim McGrory, for instance, scored 409 goals (all in the top flight) in 408 games.

Bob McPhail passed the 300-mark and a total of 30 players since the first Scottish Football League season in the 19th century have scored 200 or more goals, including Boyd, Ally McCoist, and former Burnley and Bolton manager Owen Coyle.

Jack Aitchison is the youngest goal scorer in SPFL history. Playing for Celtic, Aitchison found the net on May 15th 2016 as the reigning champions thumped Motherwell 7-0. On that day, Aitchison was just 16 years, two months and 10 days old.

Aitchison scored the final of Celtic’s seven goals of the rout. Arsenal left-back Kieran Tierney got the thrashing underway with an early goal as Celtic dismantled Motherwell.

Around 18 months later, Hearts midfielder Harry Cochrane also found the net in the SPFL before his 17th birthday. Cochrane was five months and 13 days older than Aitchison, however, who looks like he will hold the record for a long time.

Despite breaking the record and starring at under-17 and under-19 for Scotland, Aitchison has since left Celtic. Now 21 years old, he signed with Barnsley in October 2020 and was immediately loaned to Stevenage.

Cochrane is still on Hearts’ books, but he spent 2019/20 on loan at Dunfermline and has spent the majority of 2020/21 at Montrose.

Kenny Miller is the oldest goal scorer in the SPFL. When the former Scotland international scored on May 11th 2019, he was 39 years, four months and 18 days old. This broke the previous record set by journeyman defender Clint Hill.

Hill was almost exactly a year younger than Miller when he scored for Rangers against Hamilton Academical in 2017.

Ex-Tottenham striker Jermain Defoe is another well-known name who has scored late in his career. Defoe found the net in December 2020, almost two months after his 38th birthday.

If we include the Scottish Premier League period in this category, Miller is no longer the oldest goal scorer. That honour goes to Craig Brewster.

Playing for Inverness in 2007, Brewster scored a stoppage time winner over Hearts just three months before his 41st birthday.

Jim McGrory scored an extraordinary 48 hat-tricks in top flight action. To give this some context, according to an article from March 2021, Cristiano Ronaldo and Lionel Messi were only in the fifties in the hat-trick count.

McGrory is not only Scottish football’s leading scorer by a mile, he did it at a remarkable rate. Averaging near enough a goal per game, he was truly dominant, and won three league titles during his time at Celtic.

Given the early stage of international football during his career, though, McGrory only played seven matches for Scotland. Unsurprisingly, he was effective on that platform too, scoring six times.

Most Goals In A SPFL Match

Since 2004/05, a player has scored five goals in an top flight match on three occasions. Kris Boyd achieved the feat twice, and Gary Hooper scored all five as Celtic hammered Hearts back in 2011/12.

In the SPFL era, however, four goals has proven to be the pinnacle. James Forrest remarkably scored four in 30 minutes when Celtic won 6-0 away to St Johnstone in 2018/19.

Liam Boyce took nine minutes longer for his four goals as Ross County cruised passed Inverness Caledonian Thistle in 2016/17. Kris Doolan, Maciej Zurawski and Louis Mault are all part of the four goals in a game club since the SPFL was founded in 2013.