Sue Bird Net Worth – How Much Is WNBA Legend Worth?

Sue Bird is one of the greatest players in WNBA history but how much is she worth? We look at Sue Bird net worth figures and her life off the court... 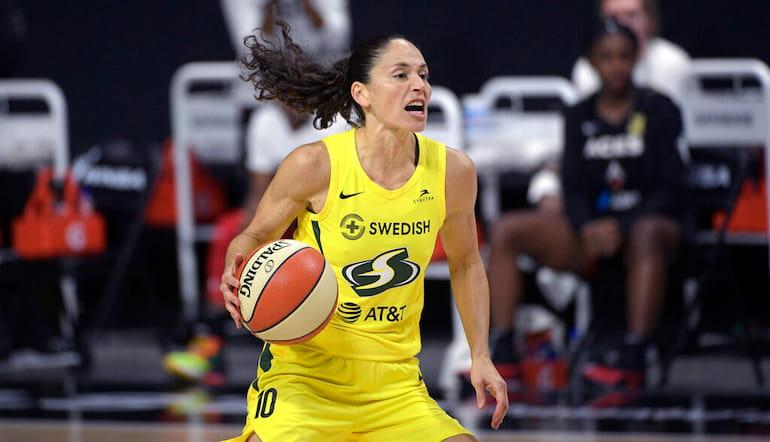 Sue Bird has been a leading figure in women’s basketball for over 20 years and she will go down in history as an all-time WNBA great.

Given the discrepancy in NBA player salaries for men and women, Bird has made a healthy living for herself, with strong performances on the court and endorsement deals off it.

Team USA are always popular in basketball odds but Bird’s presence has helped USBWNT to dominate on the biggest stage of all for over two decades.

Born in 1980, Bird is now in her 40s but continues to play at a high level. The Seattle Storm legend has certainly lived up to the hype after she was selected 1st overall in the 2002 WNBA Draft!

Having spent time with Dynamo Moscow, Spartak Moscow Region and UMMC Ekaterinburg, Bird will be remembered as one of the greatest ever female basketball players.

The highest paid WNBA player for most of her career, Bird has a supportive fanbase and her tally of four league titles and five Olympic gold medals puts her in an exclusive bracket.

Juggling her overseas duties during the WNBA offseason was some feat – and that level of commitment is why Sue Bird has been so successful. Here, we take a look at her estimated wealth and life away from basketball…

How Much Is Sue Bird Worth?

Finding figures relating to Sue Bird’s estimated wealth is no easy feat but there are a few respected online sources that provide valuations on the WNBA legend.

Given her longevity at the highest level of the sport, Bird is likely to have built up a hefty net worth – with Republic World estimating her wealth at $8 million. 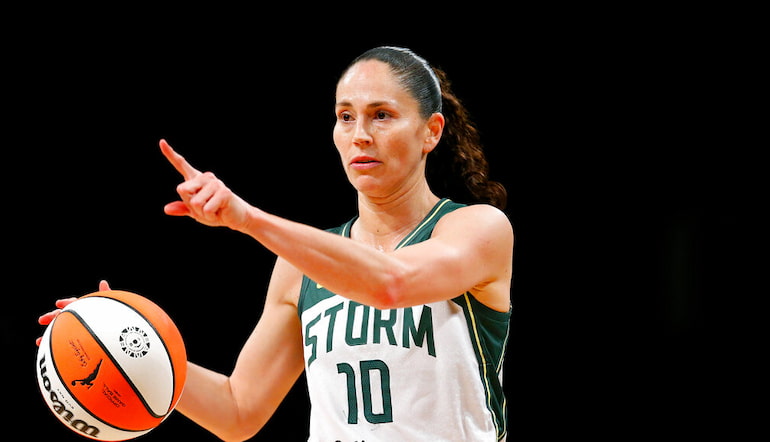 Off the basketball court, Bird is on the team of CBD company Mendi. Working alongside fiancée Megan Rapinoe, the WNBA star is likely to make a decent wage from this venture.

It would be fair to assume that the bulk of Sue Bird worth has been earned from her career in basketball and the various marketing deals that are linked to the sport.

In fact, Bird’s endorsement deals are worth an estimated $1.5 million. The WNBA star has a contract with Nike as well as American Express and Symetra.

Nike have partnered Bird for the majority of her WNBA career but she has really upped the promotional side of her brand in recent years, especially with Mendi and Glossier.

After a scintillating college career, Bird was touted as the ‘next big thing’ and it came as little surprise to see the Seattle Storm select her with the first pick in the 2002 WNBA Draft.

Bird started all 32 games in her rookie season, averaging 14.4 points per game and earning a spot as the starter on the 2002 WNBA Western Conference All-Star team.

As previously mentioned, Bird has won four WNBA titles with the Storm. The first title came in 2004 while others followed in 2010, 2018 and most recently in 2020.

In addition, Bird has won four Olympic gold medals. Those who follow NBA predictions will know that Team USA were expected to win but Bird has still been key to their success.

Who Is Sue Bird's Wife?

At the time of writing, Sue Bird is not married. She is, however, engaged to United States national team star Megan Rapinoe.

The couple began dating shortly before Bird revealed her sexuality in 2017 and they have been inseparable ever since – eventually getting engaged in 2020.

Megan Rapinoe is one of the biggest names in women’s soccer, leading the USWNT to two FIFA Women’s World Cup trophies and an Olympic gold medal at London 2012.

Rapinoe has campaigned for equality over the years and her influence in the soccer world could see more national teams offer equal pay to male and female players.

Bird and Rapinoe defied bet odds to appear on the cover of ESPN The Magazine’s “Body Issue”, becoming the first same-sex couple to make the front page.

With over 630,000 followers, Sue Bird is one of the biggest female sports stars on Instagram. Since joining the platform in 2012, Bird has built a substantial social media presence.

Bird has a certified blue tick account, verifying her celebrity status. If you follow basketball betting tips, chances are you’ll know a little bit about her anyway though… 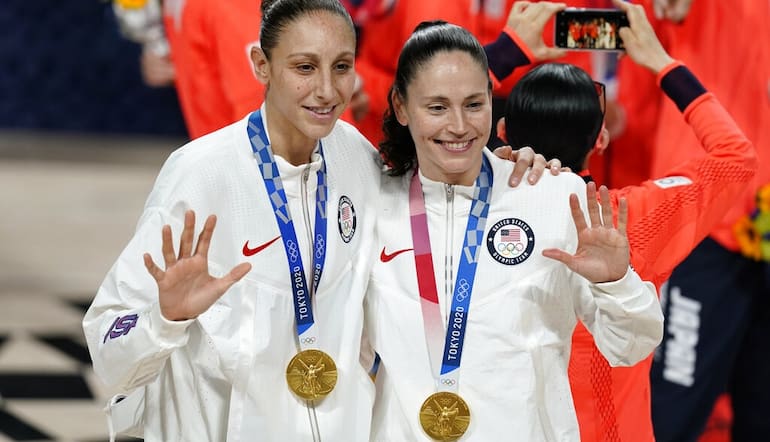 She is a funny character on the platform, posting hilarious trends and memes – including the Bernie Sanders image at Joe Biden’s inauguration in January 2021.

You can follow Sue Bird Instagram updates via her handle: @sbird10. She is very active on her social media channel and regularly shares photos and video clips.

Basketball Tips
NBA tips
About the Author
By
Alex McMahon