Who is the tallest player in the WNBA? Our basketball expert looks at the 10 tallest WNBA players this season... 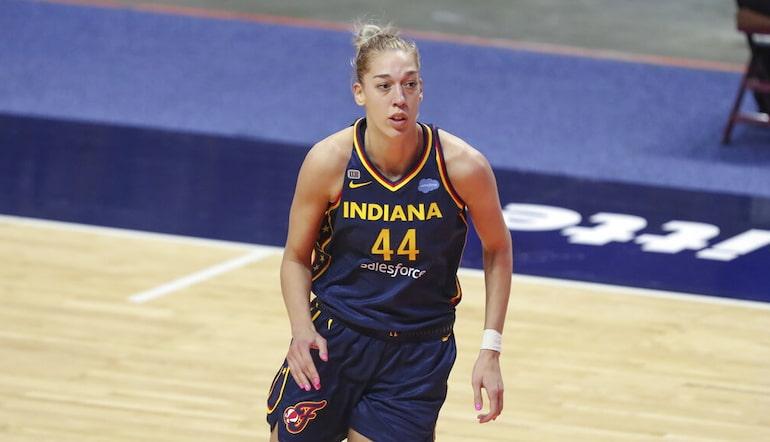 The WNBA is growing in prominence. At the centre of basketball odds and a focal point of coverage of the sport as a whole, the best players in The W are big-time stars, earning mega endorsement contracts and high-profile media appearances.

It’s no secret that size matters in basketball. You don’t need to be a sports betting guru to know that. Being tall isn’t a guarantee of success in the WNBA, but it certainly helps if you can physically dominate your opponents.

While there are plenty of perimeter stars around 6’0 in The W, some of the league’s most impactful players have the natural advantage of height.

Selected second overall by the Tulsa Shock in 2015, Amanda Zahui B is a Swedish centre who has posted impressive numbers on both sides of that Atlantic.

Zahui B scored just under 19 per game during her second college campaign for Minnesota, and while that scoring has yet to translate to the pros, she has become an established starter over the last three seasons for the Liberty and Sparks.

Playing in Hungary, China and now Turkey, Zahui B has experienced various basketball cultures before turning 30.

Like Zahui B, Sylvia Fowles was picked second overall. It was the Chicago Sky who took Fowles in 2008, and while she has enjoyed a decorated career, the Sky must be regretting how it’s worked out.

Fowles’ size makes her a force to be reckoned with at both ends of the floor.

The all-time leader in career rebounds and an elite defender, the Miami-born centre has amassed seven All-Star selections, but only three of those came during her time in Chicago.

Turning down a contract extension from the Sky in 2014 resulted in a trade to the Minnesota Lynx a few months later.

Fowles went on to win two titles and two MVPs with the Lynx, joining four Olympic gold medals in a packed trophy cabinet.

Despite being drafted by the New York Liberty back in 2018, Mercedes Russell has spent the majority of her professional career with the Seattle Storm.

New York waived Russell soon after the draft, enabling Russell to switch coasts and team up with Sue Bird and Breanna Stewart.

One of the young stars of the WNBA, Jonquel Jones was named league MVP in 2021, following All-WNBA Second Team selections in 2017 and 2019.

Jones set a WNBA record for a season-long rebounding average in her sophomore campaign. She’s won Sixth Woman, Most Improved, and thrice been named an All-Star.

Standing at 6’6, the Bahamas-born forward makes the most of her height at both ends of the floor.

Since going sixth overall to the Dallas Wings in 2018, Azura Stevens is yet to live up to expectations in the WNBA.

Stevens made the All-Rookie team, but she was traded to the Chicago Sky in 2020.

While that resulted in a WNBA title in 2021, Stevens had to settle for a bench role, starting just 11 of her 30 games that season.

Teaira McCowan was a force to be reckoned with in college. Representing Mississippi State, McCowan earned First Team All-American honours, leading to speculation she could go first overall in the 2019 draft.

The 6’7 centre slipped to third and the Indiana Fever, however, and made it to the WNBA All-Rookie team.

McCowan is yet to replicate her college supremacy in the big leagues, but there’s reason for optimism in Indianapolis with year-on-year improvement and records beginning to tumble.

Watch out for McCowan to become a bigger factor in basketball tips today in the coming seasons.

Initially selected by the Sparks, Kalani Brown was traded to the Atlanta Dream just a few months later.

The daughter of former NBA player P.J. Brown, Kalani has been limited to a minor bench role in the WNBA to date.

She boasts an array of accolades from her college days with Baylor, but it remains to be seen if she can establish herself as a rotation player in The W.

A four-time All-Star and twice named to All-WNBA, Liz Cambage is one of the best Australian basketball players of all-time.

Making full use of her 6’8 frame, Cambage overpowers defenders, combining muscle with finesse. She’s an efficient scorer, capable of bullying opponents and bamboozling them in the same sequence.

Outspoken on and off the court, Cambage brings charisma and skill in equal measure to the hardwood.

Edging towards becoming the highest paid WNBA player, Brittney Griner is one of the best two-way players in the league.

It takes a transcendent talent to compete for scoring titles and Defensive Player of the Year; Griner has won both awards twice.

The list of accolades is long for the Mercury star. Griner has enjoyed a near-textbook career from first overall pick to champion, seven-time All-Star, six-time All-WNBA and eight-time blocks leader.

There’s a couple of gold medals to add to that collection along with four EuroLeague titles and a place on the W25.

Many of the greatest NBA players would be left looking up at Bernadett Hatar.

The Hungarian embarked on her first WNBA campaign with Indiana in 2021. She only appeared in seven games, though, with injury cutting short her season short.

Basketball Tips
About the Author
By
Sam Cox