How much money do tennis umpires earn? From Grand Slam fees to local tournaments, we look at the tennis umpire salary figures... 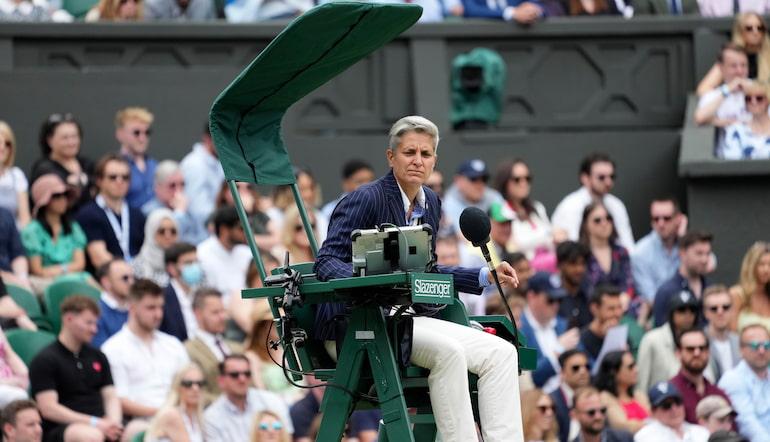 No one is as familiar with tennis terms as professional tennis umpires.

The travel, stress and knowledge required to become a tennis umpire is significant. Their salaries are very varied, however, and do not compare to the income of Serena Williams or Roger Federer.

While not as famous as the best tennis players of all-time, the most high-profile umpires are under every bit as much pressure. They need to be able to make the right decisions with millions watching.

Their personality is key, too, with them often put in tense situations. It’s a necessity to be able to diffuse heated moments, while retaining the required authority to control the match.

Tennis umpires are not the focus when considering a bet on tennis. They can still impact the outcome of a match, though.

Like in any profession, reaching the top of the tennis umpiring tree requires years of work and commitment. Starting with the tennis umpire salary figures, here are all the details about umpiring in tennis.

Just as the players see a chasm between the prize money for men and women, this trend continues when it comes to tennis umpire salary figures.

Obviously, it takes a while to work up to these hefty sums. Entry-level umpires do not enjoy such audacious salaries. Starting out as a tennis umpire, it’s £350 per match, and this will increase gradually as more experience is gained.

While the focus has been on chair umpires (they get most of the attention, after all), line umpires still get plenty of financial reward as they work their way up the sport.

It’s £500 for a line judge in non-Slam events, but this leaps to £1500 per match in Grand Slam competition.

Of course, the majority of tennis umpires around the world don’t get close to the £350,000 average salary that men’s umpires receive. It’s a competitive business, and takes an immense work ethic to be making calls at Wimbledon or Roland Garros.

These are the most reputable events in tennis, and as such, see umpires receive the highest pay. It’s when the pressure is greatest and the biggest names are in action, but it isn’t straight forward to ascend to Gold Badge status.

Being a Gold Badge umpire means potentially sitting through the longest tennis match. It takes several years of working as an umpire to reach the pinnacle of the profession.

Umpires must have passed the ‘Level 3’ school. Once they have done so, they move to a bronze, then silver and potentially gold.

Gold Badge umpire earnings are significantly higher than those at lower tiers, but the gap between male and female officials remains.

It’s a select group who are of Gold Badge status. Only 20 men are at that level as a chair umpire as of August 2021, while there are just 11 women active.

Carlos Bernardes and Carlos Ramos are the longest serving of the Gold Badge chair umpires, with both being listed since 1990. Both men have overseen numerous Grand Slam finals in their careers to date.

How To Become A Tennis Umpire

The first step to becoming an international tennis umpire requires a year or two of clinics at the Professional Tennis Umpires Association (PTUA) in Houston, Texas.

It’s not exactly straight forward from there, however. There are some stern tests to be passed before earning certification.

Progressing after gaining some experience travelling around the world isn’t easy either as more evaluations are required to be able to move up the levels.

Those who are massive fans of the sport could view tennis umpiring as a way to earn some extra cash and travel the world. Who knows, it could quickly go from being a hobby to a full-time job.

What Are The Duties Of A Chair Umpire?

A chair umpire must ensure all rules are followed throughout the match. They are effectively the leader of the umpiring crew and have much more responsibility on their shoulders than a line umpire.

Watching a match for pleasure or to keep up with your tennis predictions, the camera will often pan to the chair umpire. It’s a role which involves managing everything on the court from disgruntled players to rain delays and replay reviews.

Chair umpires have the final say on all on-court decisions. They can opt to overrule a line judge if they spot a mistake. They also are in charge of the pace of the match and maintaining the spirit of the game from the first point to the last.

Crucially, chair umpires are also responsible for completing the official scorecard. This is the formal historical record of any given match.

Bet on every tennis market you could want with 888 Sport