Five of the biggest upsets in Australian Open history - do you agree with our list or have we missed a tennis classic? 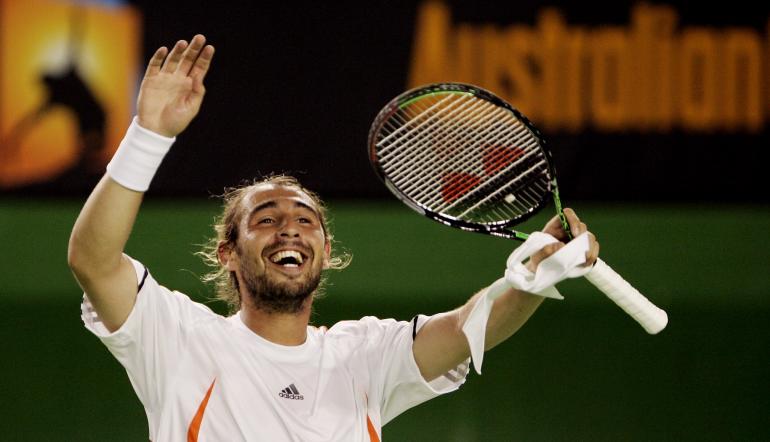 The rust built up over the offseason makes Melbourne the home of Grand Slam upsets. Great players aren’t yet in their new stride at the beginning of the season, put that with some in-form underdogs and you have a cocktail ready to produce shocks.

Tennis betting can be a treacherous business in the first Slam of the year. The world’s best are sometimes vulnerable, and outsiders are worth looking out for whether in the early rounds or as the tournament winner.

Melbourne has witnessed some of the great Grand Slam surprises. Some of these losses set off a special season, others damaged confidence for the tournaments that followed.

Either way, they were significant moments in both players’ careers, and matches that will be remembered for a long time. Here are the biggest Australian Open shocks.

Martina Navratilova is one of the best tennis players of all-time. Heading into the 1984 Australian Open, Navratilova had won the six previous Grand Slams and was riding a 74-match unbeaten streak.

To say she was heavily favoured against Sukova, who hadn’t made it past the fourth-round of a Slam previously, would have been an understatement.

Once Navratilova had taken the first set 6-1, the semi-final was expected to be a walkover. Sukova fought back against the odds, however, to win the next two sets 6-3, 7-5.

The underdog went on to lose to Navratilova’s long-time rival Chris Evert in the final – there was a positive from the tournament for Navratilova, however, as she won in the doubles.

Martina Hingis was waiting in the final for the victor of the Amelie Mauresmo and Lindsay Davenport semi-final in 1999. Hingis was a two-time defending champion, and a meeting with the top seed Davenport seemed inevitable. Mauresmo was unseeded.

The Frenchwoman had never made it into the second week of a Slam until the 1999 Australian Open and didn’t reach another quarter-final until the 2001 US Open.

Despite losing the first set, Mauresmo blew Davenport away with dominant serving and powerful groundstrokes that the American couldn’t live with.

Although Mauresmo became one of the best players in the game and reached world number one a few years later, she had to wait until 2006 for her first Grand Slam success, which came over Justine Henin in Melbourne.

Davenport bounced back to win Wimbledon a few months after her disappointment in Australia and defeated Hingis in the 2000 Australian Open final.

Thomas Johansson was the 16th seed when he met Marat Safin in the 2002 final. The Swede had just one Masters title to his name at that point, having won the Canada Masters three years earlier.

Safin finished 2001 as the 11th-ranked player in the world, but was heavily favoured for his clash with Johansson.

The Russian took the first set, and it looked like it could be a predictable final. Johansson upset Safin’s rhythm in the second set, however, mixing the pace of his shots and keeping him off balance.

Johansson only made it past the fourth-round once more before his retirement in 2009. Safin appeared in two more Australian Open finals, losing to Roger Federer in 2004 and finally getting his hands on the trophy in 2005.

The 2002 tournament was bonkers. The top four seeds all fell in the first two rounds, setting the foundations for the Johansson-Safin final.

Despite a first-round loss in his home Slam, Hewitt wasn’t too downbeat, putting his poor performance down to a recent battle with Chickenpox.

The world number one cruised to a 6-1 win in the first set, but lost the next three, his recent illness making it harder to compete over multiple sets.

Unlike with Hewitt in 2002, will we see the home crowd celebrating this year? Our 2020 Australian Open guide looks at all you need to know ahead of the tournament.

Few players are as much fun as Marcos Baghdatis. At just 20 years old, the Cypriot put in a performance that caught the eye of the tennis-watching world as he toppled number two seed Andy Roddick in the last 16.

Baghdatis had gone out in the first round of his three previous Grand Slams, but made it all the way to the final in Melbourne, defeating Ivan Ljubicic and David Nalbandian in the quarter and semi-finals.

He even took a lead against Roger Federer in the final, but lost the match in four sets. Baghdatis played positive tennis in two senses – on the court and with a smile on his face.

He frequently produced his best shots in the biggest moments, too. Unfortunately, the 2006 Australian Open proved to be the highlight of Baghdatis’ career.