Everything you need to know ahead of the 2020 Australian Open - who will claim victory in Melbourne this year? 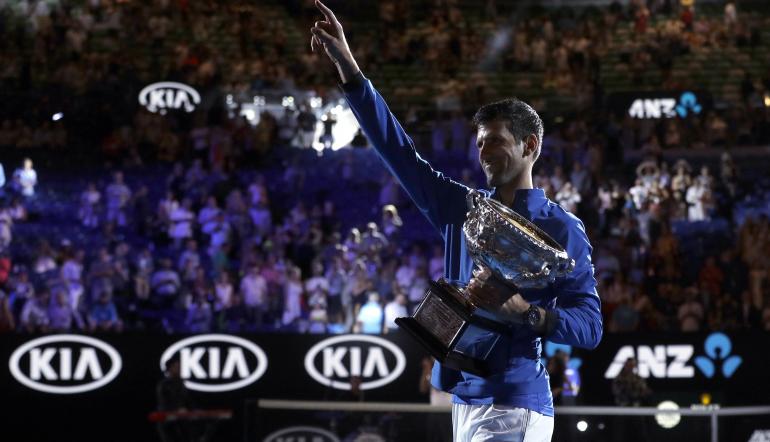 The first Grand Slam of the year, the Australian Open is one of four tennis Slams in the calendar year. The event is often targeted as players return from injury and can be the start of a glorious campaign.

After a break over Christmas, the Australian Open is underway before we've remembered to start writing 2020 instead of 2019.

As with all Grand Slam events, the Australian Open includes various different tournaments from youth events and doubles through to the singles - we could see a few players who could break through on the Grand Slam stage in Melbourne.

The singles’ champions are obviously the most well-known, but it is often the doubles that is hardest to call ahead of the Australian Open.

Of the men’s doubles, women’s doubles and mixed doubles winning pairings in 2019, five of the six were winning their first Australian Open.

Winning the Australian Open is the highlight of a tennis player’s career. This article tells you all you need to know about the 2020 edition, including some tennis betting tips…

The tournament gets underway on 20th January and the men’s final takes place on 2nd February. Qualification matches will take place prior to this, however, and the schedule could be altered during the tournament fortnight if weather or over-running matches force changes.

The 2012 Australian Open final, played by two of tennis' big three in Novak Djokovic and Rafael Nadal, was the longest Grand Slam final match ever played (by duration). To this day, it is still one of the greatest Australian Open matches of all-time.

Two types of hard court have been used since 1988, with a change to a blue ‘Plexicushion’ hard court taking place in 2007.

It became the first Grand Slam to host indoor play, and its three main courts – Rod Laver Arena, Margaret Court Arena and Melbourne Arena – all have retractable roofs that are used in poor weather or extremely hot conditions.

Over 780,000 people attended the 2019 Australian Open, making it the highest attended Grand Slam.

Although the singles champions get all the attention, there are a lot of people returning to the Australian Open as defending champions.

Novak Djokovic lifted his seventh title in Melbourne - and the latest Australian Open odds make Djokovic the favourite to win an eighth in 2020.

As ever, the men’s Australian Open market is dominated by the aforementioned big three. The women’s draw is comparatively wide open, however, with Serena Williams the 6/1 favourite.

Keep your eyes peeled for the latest tips, news and odds ahead of the 2020 Australian Open.

We are only a few weeks away from a tournament that could define careers, and may give us another key moment in the argument over the greatest ever tennis player.