Who is going to emerge victorious at the 2020 Australian Open? We preview the first Grand Slam tennis event of 2020... 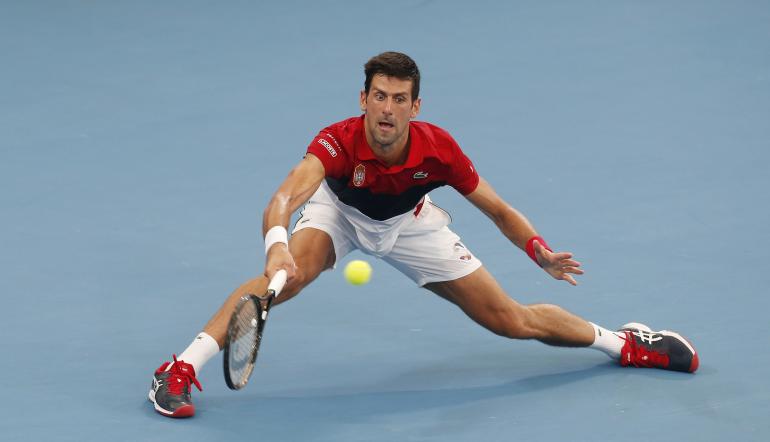 Our Australian Open betting preview looks ahead to the first Grand Slam of the year and of the decade. Melbourne plays host to the 108th edition of the Australian Open, starting on 20th January and running through until 2nd February.

The tournament, which has been held on hard courts since 1988, is the highest attended Grand Slam event – almost 800,000 people attended the 2019 Australian Open. Melbourne Park is a wonderful setting for the fortnight of tennis.

Novak Djokovic and Naomi Osaka are inevitably two of the tennis betting favourites as the duo look to retain their singles titles.

Djokovic is the most successful men’s player in Australian Open history with seven titles to his name – Osaka, in contrast, is at the start of her career and had never made it past the fourth round in Melbourne prior to her win last year.

Starting with the women’s draw, let’s take a look at the betting markets ahead of the 2020 Australian Open…

That suggests her game hasn’t waned significantly, and she’s still clearly capable of winning Slams. Williams remains the player to beat – she’s the 4/1 to betting favourite – and her chase of a 24th Slam will be a talking point throughout the tournament.

A player looking to join Williams as one of the best tennis players of all-time, defending champion Naomi Osaka, follows her idol in the outright market.

Osaka fell to Karolina Pliskova in Brisbane in a well-fought three-setter. Victories over Maria Sakkari, Sofia Kenin and Kiki Bertens were solid preparation for Osaka, however, as she looks to build on a strong end to 2019.

Not phased by the big occasion, Osaka is a hard player to predict. She has only reached the last eight of two Grand Slams, but went on to win both of them.

Pliskova, ranked number two in the world, followed her win over Osaka with a victory against Madison Keys in the Brisbane final.

The 27-year-old didn’t have a great end to 2019, with disappointments in Wuhan, Beijing and Shenzen, but Pliskova isn’t an opponent anyone will be want to face.

Her big serve makes her a candidate to go all the way, though her Grand Slam record thus far doesn’t reflect her talent.

World number one Ashleigh Barty got the better of Pliskova in the WTA Finals, and is looking to improve on her career-best quarter-final performance at the 2019 Australian Open.

Playing in her home Grand Slam, Barty will be roared by the home crowds, but after a great 2019, it could be a question of whether the expectation is too much.

A straight sets loss to Jennifer Brady in Brisbane was far from perfect preparation for a Grand Slam and may put some bettors off backing the Australian at 8/1.

An Australian Open finalist in 2018, Simona Halep shares the 8/1 price with Barty. The Romanian had a mixed 2019, winning Wimbledon before falling in the second round of the US Open.

Halep is a proven competitor in the latter stages of Slams, but losses to Elina Svitolina and Pliskova in the WTA Finals will not fill potential backers with confidence.

Svitolina at 25/1 could be a good outsider to back despite a surprising 6-1, 6-1 loss to Danielle Collins in Brisbane.

Last year was somewhat of a breakthrough for the Ukrainian, and back-to-back quarter-final appearances in Melbourne reflect improvements in her hard-court game.

Priced at 10/1, Pliskova represents the best value at the moment, though Belinda Bencic is also a player to keep an eye out for at 33/1.

Novak Djokovic is the 13/10 betting favourite to win his eighth Australian Open and 17th Grand Slam title. The prospect of the big three breaking up has been hypothesised for years.

Unfortunately for the new generation, Djokovic, Rafael Nadal and Roger Federer aren’t showing much interest in handing over any time soon.

Djokovic lost two of his three matches at the ATP Finals, but that doesn’t mean the door is ajar at the top of the men’s game.

Playing through some discomfort, and at the end of a gruelling year, the performances in London are unlikely a reflection of the Djokovic we will see in Melbourne after a period of rest.

It has been a tournament of near misses for the Spaniard with four final losses since his triumph in 2009. Nadal suffered a blow in the build-up to the tournament, losing to Djokovic in the ATP Cup Final as Spain fell to Serbia.

Another Nadal-Djokovic meeting in the Australian Open final is by far the most likely scenario.

Nadal has won seven and lost 19 of their hard-court meetings, but his superb form at the US Open and performances that followed will give him plenty of confidence.

One of the players most likely to upset the top three, Daniil Medvedev, is third in the outright Australian Open market at a shorter price than Federer.

Medvedev pushed Nadal to five sets and won in Shanghai afterwards, but he hit a poor run soon after, losing four matches on the bounce.

Picking between the up and coming Medvedev and veteran Federer might be the biggest decision in the men’s outright market.

Federer fell in the fourth round to Stefanos Tsitsipas in Melbourne last year, but promptly ended suggestions that his career may be coming to an end with a semi-final appearance at Roland Garros and that final at Wimbledon.

Federer will likely have to beat Nadal and Djokovic if he’s to add to his Australian Open haul, which is a big ask at 38 years old, but his 9/1 price still looks better value than Medvedev at 8/1.

On a level playing field, the Swiss would still be fancied against the Russian.

World number six Tsitsipas starred at the ATP Finals, earning him a 10/1 price. Consistency is still a concern for the 21-year-old Greek, however, after first-round exits at Wimbledon and the US Open.

The undeniably talented Alexander Zverev is an outside bet to consider despite recent troubles – a Grand Slam break-through will come sooner or later for the German, and 50/1 must be worth a few pounds.