Five of the greatest games in Australian Open history - are we missing any tennis classics? 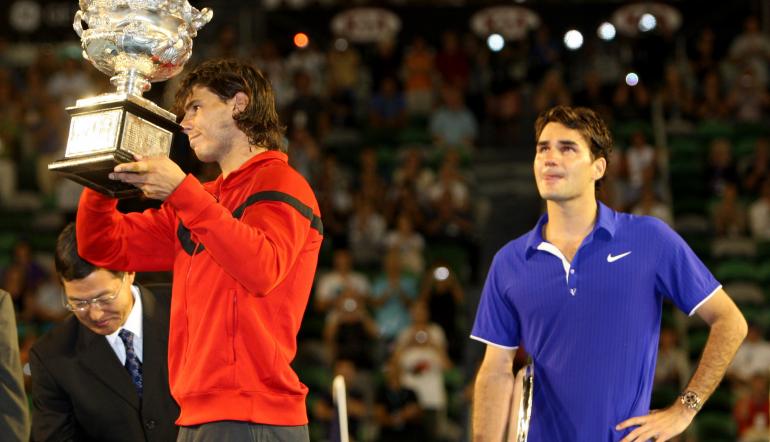 The Australian Open kicks off the tennis calendar year as athletes are tested under the Melbourne sun in the first Grand Slam of the year.

Our Australian Open 2020 guide tells you everything you need to know about the fortnight down under from reigning champions through to tournament history and betting information.

888sport will be offering tennis betting tips throughout the tournament as Novak Djokovic and Naomi Osaka look to defend their singles titles.

Like Wimbledon, Roland Garros and the US Open, the Australian Open has a special history from underdog stories through to epics.

With the 2020 edition of the tournament fast approaching, this is the perfect time to look back on some of those all-time classics – here are some of the greatest matches ever played at the Australian Open…

Martina Navratilova and Chris Evert were no strangers. The pair had faced each other 44 times before their meeting in the 1981 Australian Open final and went on to play a further 35 matches against each other.

Of all their meetings, including 18 in Grand Slam finals, this might have been the best of the lot.

It was the final Grand Slam of the year in 1981, and it built the foundations for a truly epic match between two of the best tennis players ever.

A well-fought, and well-played, first set asserted the tone. Evert won three straight points in the tie-breaker to take the first before a rampant Navratilova won the second and stormed to a 5-1 lead in the decider.

Evert dug deep, winning four games on the bounce. Navratilova battled to break Evert at 5-5, however, and served out the next game to win the match and her first major title as an American and openly gay athlete.

A meeting of tennis icons, a meeting that saw styles contrast in a way seldom seen in the modern era. Pete Sampras is regarded by many to be the greatest server ever, while his long-time foe Andre Agassi was a freakishly gifted returner.

The 2000 semi-final at the Australian Open was the 30th meeting between the duo, and few were more memorable than this five-setter.

Sampras, the one-time Grand Slam leader, was within touching distance of victory in a fourth set tie-break.

Agassi flipped the best-of-seven set-decider in his favour after trailing 5-4, setting up a fifth set. That final set turned in the second game, when Sampras lost his rag and Agassi broke him.

The Seles-Graf rivalry could have been even more than it was. Steffi Graf was stabbed a few months following their 1993 Australian Open meeting, changing the course of tennis.

Graf made a heroic return from the injuries that saw her miss 10 Grand Slam events, but it deprived the tennis-watching public of potentially the greatest rivalry in the sport’s history.

Monica Seles had toppled Graf as the best player in the game and won six of the last seven Slams before their 1993 clash in Melbourne.

Only Graf had stopped Seles on that run. When the pair faced off in the final with Seles looking to make it seven out of eight, it brought the best out of both players.

Seles won a thrilling match, making it three Australian Opens and eight total Slams when she was just 19. Unfortunately the events that followed meant the great rivalry came to an end.

Tennis belonged to the Williams sisters in the early noughties. Serena and Venus matched up in the finals of Roland Garros, Wimbledon and the US Open in 2002.

They followed that trilogy with an Australian Open clash that saw Serena become just the fifth woman ever to hold all four Grand Slam titles at once. Potential stars at the 2020 Australian Open could learn a lot from both players...

Venus held a 5-4 lead in the first set, but was unable to hold off her sister who broke and forced a tie-break. Serena was unstoppable in the tie-breaker. Venus provided more resistance than in some of their previous meetings, however, winning the second set.

Although Serena took the lead in the decider, Venus showed courage, denying five break points and overpowering her sibling with serves reaching 120mph. It wasn’t to be, though, with Serena eventually breaking through to win the last set 6-4.

Not even the greatest match played by Rafael Nadal and Roger Federer, the 2009 final still deserves a spot on this list.

It went back and forth, with Federer leading 4-2 in the first and Nadal defending countless break points in the third set. Even once Nadal looked to have control of the fifth set, Federer showed resilience aplenty.

A classic match was followed by an emotional moment for Federer, who broke down in tears as he addressed an adoring Australian crowd.

The Swiss consolidated his status as fan favourite, clearly emotionally and physically drained by an epic battle with Nadal, who remains a tennis betting favourite for the 2020 Australian Open.

After the latest bets and markets from the Aus open? get over to 888sport.com