Ranking The Top 10 Men's Players In US Open History

The final Grand Slam of the calendar year, the US Open can be a chance at history or an opportunity to redeem a disappointing season. 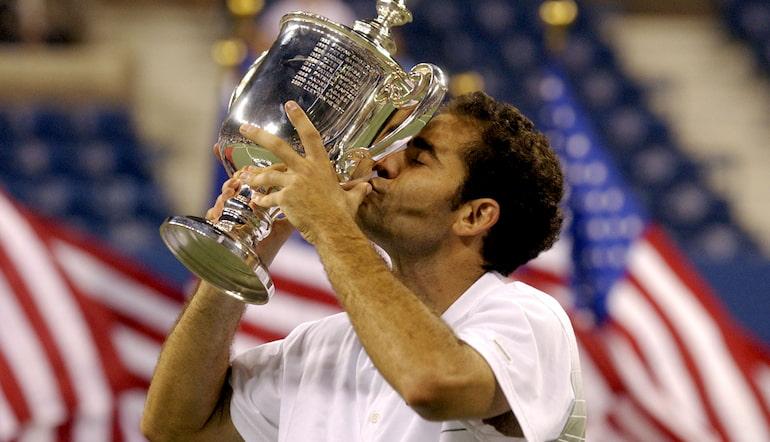 The final Grand Slam of the calendar year, the US Open can be a chance at history or an opportunity to redeem a disappointing season. For many of these tennis betting favourites, it was usually the former.

New York is an exciting place to travel to on the back of a great season, but the pressure can be crippling for those who have underwhelmed in the preceding months.

Featuring many of the top 10 tennis players ever, this article looks at the greatest players in the history of the US Open. It isn’t all about titles won, though, with Bjorn Borg sneaking into the list.

It was the two early nineties tournaments when he was victorious, but poor runs before and after his successes leave him 10th on this list.

Edberg’s winning percentage at the US Open was lower it was at Wimbledon and the Australian Open – he doesn’t make the top 10 all-time in that category.

Only 10 players ever have won multiple US Opens, though, and that was enough for Edberg to sneak on this list.

Borg never won the US Open in his glittering career. His record at Flushing Meadows is still superb. Borg’s 81.6% winning percentage is tenth among players with at least 20 wins, and he was a four-time finalist.

The Swede twice fell to Jimmy Connors and twice to John McEnroe in the final, with his 1980 clash with McEnroe ranking among the best US Open finals.

Only Novak Djokovic and Ivan Lendl have lost more US Open finals than Borg.

Although a two-time US Open champion, Agassi could never replicate his Australian Open dominance at his home Slam.

Agassi won four times on the hard courts in Melbourne, but he suffered disappointments aplenty in New York.

Four finals losses, thrice to Pete Sampras, once to Roger Federer, left Agassi with a what-might-have-been record at the US Open.

Agassi holds the record for the most consecutive appearances at the tournament, however, appearing in 21 in a row from 1986 through to 2006.

Lendl made it to the US Open final on eight occasions, winning three and losing five. His loss to Mats Wilander was an epic, and he was unfortunate to face so many all-time greats.

Only five players have more US Open titles than Lendl, though. He’s fourth all-time in tournament wins and sixth in winning percentage.

Making the final in eight years in a row is a spectacular achievement.

Lendl’s career is perhaps underrated – he’s one of the greatest US Open winners, and was a couple of match wins away from being right at the top of these rankings.

Still a prominent name in online betting, there’s plenty of time for Djokovic to ascend into the top three of this list.

Although fifth in total wins, the Serbian is second all-time in winning percentage.

There’s a case for Djokovic to be higher. He’s already one of the greatest players ever, and he’s on course to strengthen his candidacy for that crown.

Djokovic has only lost nine of his 26 Grand Slam finals, but five of those came in New York. Following a fourth-round exit in 2019, he will be atop the US Open tips for this year’s tournament.

The King Of Clay has reigned over the hard courts of New York. Nadal has won four of his five US Open finals, making him one of five players to win four or more US Open titles in the Open Era.

Nadal has missed the tournament in the past and has often played through injury.

He doesn’t have the same consistency in New York as he does elsewhere, and he has opted to sit out in 2020 too, citing concerns over coronavirus.

As a result, he’s down in eighth in aggregate wins, which seemed an appropriate tiebreaker to put him fifth.

Between 1978 and 1984, McEnroe made the semis of the US Open on all but one occasion. He won four titles in that span and finished runner-up in 1985.

On top of his brilliance as a singles player, McEnroe also won four doubles titles in New York, making him the most successful player in US Open history.

Partly down to era, McEnroe had a short singles peak compared to the modern greats. That worked against him here.

Connors made the semi-final or better from 1974 to 1985. He won five titles along the way, and was twice a runner-up. His record of 98 US Open match wins is still nine clear of Roger Federer.

An entertainer and so often controversial, Connors played up to the partisan New York crowds. He was a gritty opponent and played a different style in the serve-and-volley era.

In his pomp, only the bravest tennis tips went against him.

The leader in all-time US Open winning percentage, Sampras won five US Opens in his career.

He was a force to be reckoned with at Flushing Meadows throughout his career, but it was his final title that was most memorable.

Clearly on the wane and having struggled through the season, Sampras lost in the second round at Wimbledon and entered the US Open as the 17th seed.

He had a challenging path to his record-equalling eighth US Open final, but he navigated superbly. Meeting his old rival Agassi in the final, Sampras found top form and ended his career on a wonderful high.

Deep into his thirties, Federer remains a stalwart of the best tennis betting tips.

When it comes to peak US Open performance, Federer is far clear of the rest. He won all five of his titles in a row in the 2000s and looked unbeatable throughout.

His recent record in New York is patchier, perhaps the late-season fatigue plays a greater part as he’s got into the back end of his career, but Federer’s record of five straight titles and a further two finals warrants top spot.