The 10 Most Iconic Tennis Venues Around The World 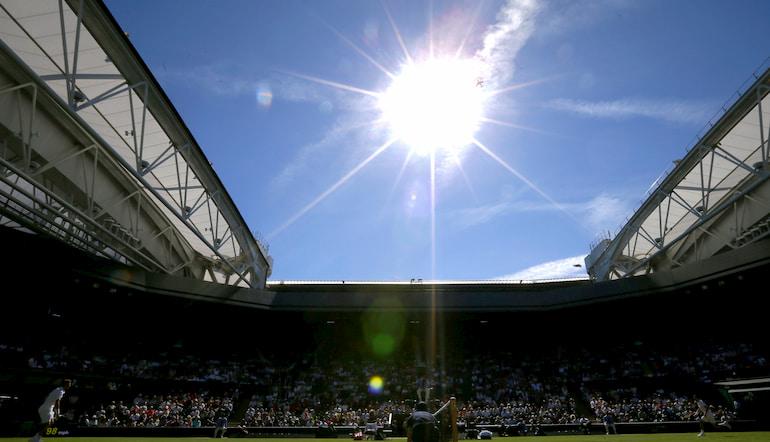 The most iconic tennis venues in the world are not only the home of Grand Slams, some are renowned for the scenery, others for the prestige of the events it holds.

Some of the biggest tennis arenas on the planet are not used for Grand Slams. 888sport offers tennis tips, often from some of the venues featured in this articles.

Playing a match at any one of the places featured below is an honour for a tennis player. Here are the 10 most iconic venues in world tennis…

The main court holds 5,000 fans, making it a smaller venue than many on this list, but it has previously been voted the best on the Tour by the players. The fans love it too, and as one might expect in Dubai, the facilities are pristine.

Also used as a concert venue, the Dubai Championships has become a more significant event over the years. It was upgrade from 250 to 500 back in 2001.

Built for the 2008 Olympics, the Diamond Court at Beijing’s National Tennis Centre has a capacity of 15,000, making it one of the biggest tennis stadia in the world.

The entire venue is comprehensively equipped with 12 competitive hard courts and an array of surfaces for the practice courts.

Having hosted an Olympics, it has its own place in history – Rafael Nadal won the men’s singles gold medal, while the Williams took home gold in the women’s doubles.

Diamond Court has since become the host of the finals of the China Open, an event which Dominic Thiem and Naomi Osaka won in 2019.

It is built like a Grand Slam venue in both quality and size and is the most impressive non-Grand Slam stop on the ATP and WTA tours.

A favourite of tennis betting fans, Indian Wells is a highlight of the calendar.

The show court at the Monte Carlo Masters is everything you would expect from Monaco. It has the glitz, it has the Mediterranean, it has some brilliant tennis.

The temporary seats on Court King Rainier III allow fans at the top a view of the other courts on the site, which is an added bonus.

Traditionally the start of the European clay court leg of the season, how players perform at the Monte Carlo Masters is crucial for sports betting.

Easily forgotten about as it is often placed within a few days of Wimbledon, the Roy Emerson Stadium is the centrepiece of the Suisse Open Gstaad. Unfortunately, the world’s best often sit out this event.

Where most stadia are located amid concrete and city life, Roy Emerson Stadium gives a chance for fresh, country air in the mountains.

Skyscrapers are nowhere to be seen. Instead, replaced by log cabins, Roy Emerson stadium is picturesque as they come.

Having held the ATP World Tour Finals since 2009, the O2 Arena has become the non-Slam pinnacle for men’s tennis players. It’s an occasion to see the top 10 players in the world battle it out like no other.

One of the iconic sights of London, the O2’s domed roof is recognisable worldwide and with 17,500 capacity when laid out for indoor tennis, it is one of the biggest arenas on the Tour.

Part of the Billie Jean King National Tennis Center that hosts the US Open, the Louis Armstrong Stadium trails the Arthur Ashe Stadium by capacity in New York, but it is the largest second stadium at any Grand Slam with a capacity of over 14,000.

The retractable roof is the biggest of its kind on number two courts. Louis Armstrong Stadium’s first competitive match in 2018 saw a massive US Open tips shock as Kaia Kanepi became the first world number to lose in the first round.

The red clay of Court Philippe Chatrier is iconic and has been home to many stunning matches. Of course, it has been dominated by Rafael Nadal in recent years, who has won the French Open an extraordinary 12 times.

Rich with history, having been completed in the late 1920s, Roland Garros is in the suburbs of Paris away from the hustle and bustle of the tourists sights.

Over 15,000 can cram into Court Philippe Chatrier with those at the top of the stands getting a glimpse of the Eiffel Tower.

Comfortably the biggest tennis stadium in the world, Arthur Ashe Stadium is the main court for the US Open. A domineering venue, with stands building up high into the sky, Ashe can be intimidating for first-time players.

With a full house and the court illuminated under a dark New York sky, Ashe is a spectacular place to watch (and probably play) tennis.

Home to the best US Open finals, the support for a home favourite is phenomenal, with a football-esque atmosphere in the intervals or for decisive points.

Matches on Wimbledon’s Centre Court are going to feature in the best tennis betting tips. It isn’t the most aesthetically pleasing, but Centre Court is the most famous tennis venue in the world.

Stepping onto the grass of All England Club’s main stadium is a momentous occasion in any career. The all-white attire and dark green makes Wimbledon different from any other event.

A 15-000 crowd can create quite an atmosphere on Centre, though it isn’t as raucous as comparable stadia around the world.

Find the most up to date tennis odds at 888 sport