The 10 Most Followed Tennis Players On Social Media

The debate over the greatest tennis player of all-time rages on but which tennis star has the most social media followers? 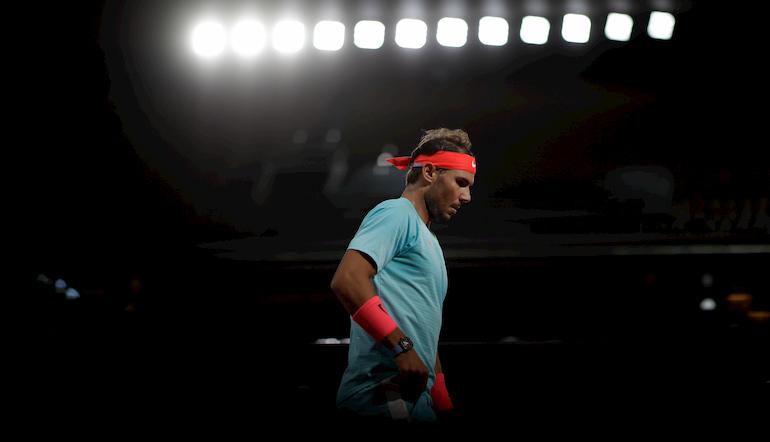 If tennis betting is your thing, you will already be familiar with the names on this list. Some of the greatest players ever to pick up a racquet make the cut…

The new kids on the block are playing catch up. Established tennis stars have been gaining followers for years while tennis’ youngsters are just breaking onto the scene.

Without further ado, it is time to take a look at the 10 most popular tennis players on social media. Caroline Wozniacki is first up on our tennis social media followers countdown…

Now retired, Wozniacki was one of the players of her generation. When she announced her decision in early 2020, the Danish star had 30 WTA singles titles and a Grand Slam title.

The 2009 US Open champion has won 22 ATP singles titles throughout his illustrious career – an impressive feat in one of the toughest eras in male tennis history.

Del Potro’s 3.3 million Twitter followers earn him a place in our rankings. One of the most consistent players around, he sits ninth in the list of the biggest tennis stars on social media.

Serbia’s greatest ever female tennis player, Ivanovic won 14 WTA Singles titles throughout her career. In addition, she was crowned French Open champion in 2008 after beating Dinara Safina at Roland Garros.

Particularly popular on Facebook, Ivanovic is active on all forms of social media and her place as one of the 10 most followed tennis players on social media is secure.

The most successful British tennis player of all-time, Murray has enjoyed incredible success at the highest level – though his career has been plagued by injury in recent times.

Now with 8.7 million social media followers, Murray isn’t the most active tennis player on Instagram or Twitter but fans are still keen to know the latest updates ahead of major tennis tournaments.

Djokovic sits third on the most men’s Grand Slam titles list with 17 – two behind Nadal and three behind Federer. In terms of social media followers, he also ranks behind his closest rivals.

However, Djokovic’s 23.2 million social media followers puts him some way clear of Murray. He has a relatively even spread of tennis fans across Instagram, Facebook and Twitter.

One place and 3.4 million social followers ahead of Djokovic, Sharapova is a renowned figure in women’s tennis. Now retired, she ended her career with a total of five Grand Slam titles.

With a grand total of 26.6 social media followers, including 14 million tennis fans on Facebook, the Russian remains a popular icon in the sport despite off-field controversies.

The most successful female player in the Open Era, Serena Williams is one title away from equalling Margaret Court’s Grand Slam wins record. Without a doubt, she is one of the best ever tennis players.

Approaching 29 million followers mark across Facebook, Twitter and Instagram, Williams is one of the top tennis stars on social media and the American could climb into the top three.

888sport India tennis fans will know all about Sania Mirza. While she is yet to win a Grand Slam singles title, she is a four-time Grand Slam doubles champion.

Widely regarded as the best Indian female tennis player, Mirza’s fan base is huge on social media. With over 30 million followers, she is well worth her place in these tennis rankings.

Quite possibly the best tennis player of all-time, Federer is a fan favourite. He leads the way in Grand Slam titles (20) and was the highest earning athlete in 2020.

However, he has to settle for second spot in our tennis followers chart. With a total of 35.6 million followers, he is clear of third but has some way to go to knock Nadal off top spot.

The most famous tennis player on the planet, Nadal has clinched 19 Grand Slam titles during his illustrious career. The Spaniard is a true legend of the sport – and long may his success continue.

Now topping the 39 million social media followers mark, Nadal ranks as the most followed tennis player on social media. His figures on Facebook, Twitter and Instagram are something to behold.

Looking for every tennis market you could think of? then head to 888 sport